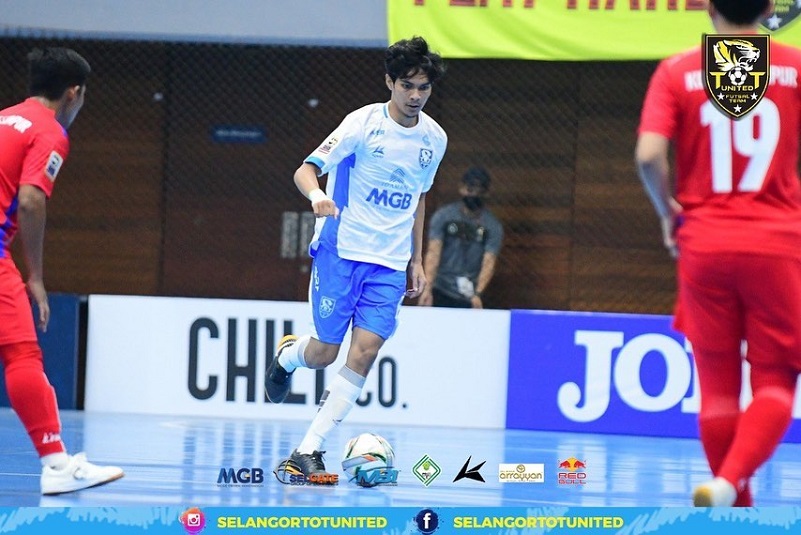 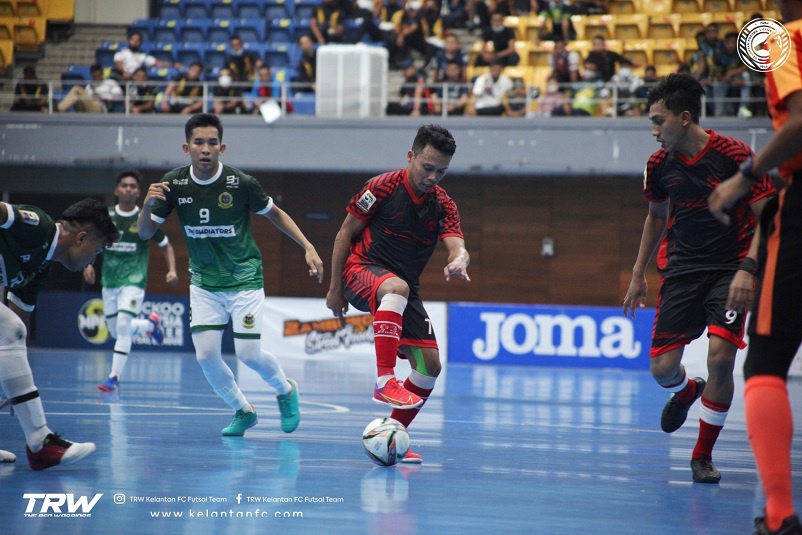 Selangor TOT United have taken the lead with a perfect record at the end of Circuit 1 of the 2022 Malaysia Premier Futsal League (MPFL) this weekend.

The Klang Valley side had started the season with a 3-1 win over Kuala Lumpur on Friday before beating PDRM FC 2-1 earlier today.

Two first-half goals from Farhan Bahrim in the seventh minute and then Addli Che Husin in the 20th minute put Selangor TOT well on the way even though PDRM did managed to pull a goal back through Shafiq Tahir in the 34th minute.

In the meantime, TRW Kelantan FC are second with four points from two matches where they followed up their 3-3 draw against Kedah in the season opening tie with a 5-3 victory over ATM FC.

An own goal from Amil Hafidzi in the 12th minute did not give ATM FC the best of start as TRW Kelantan then piled on the goals off Asmie Amir Zahari (17th), Habibi Sultan (22nd), Imran Syamim Saifullah (27th) and Izwan Yaakub (38th). 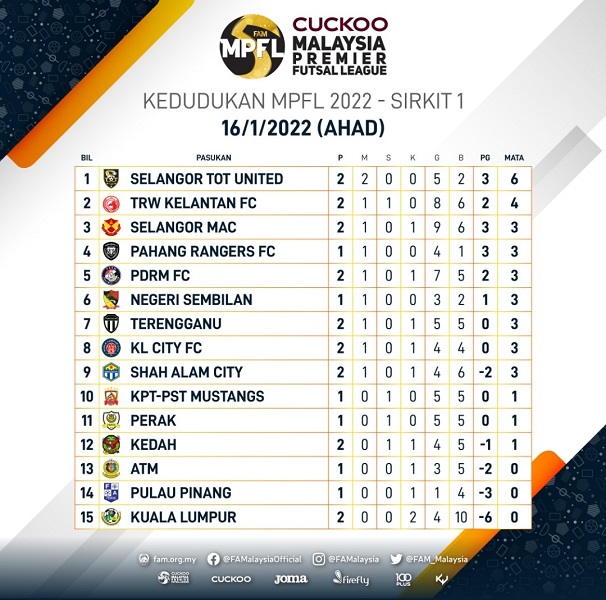