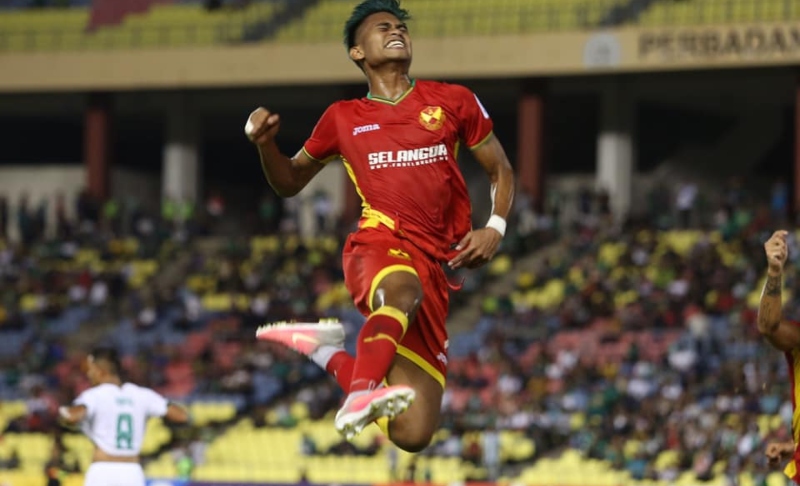 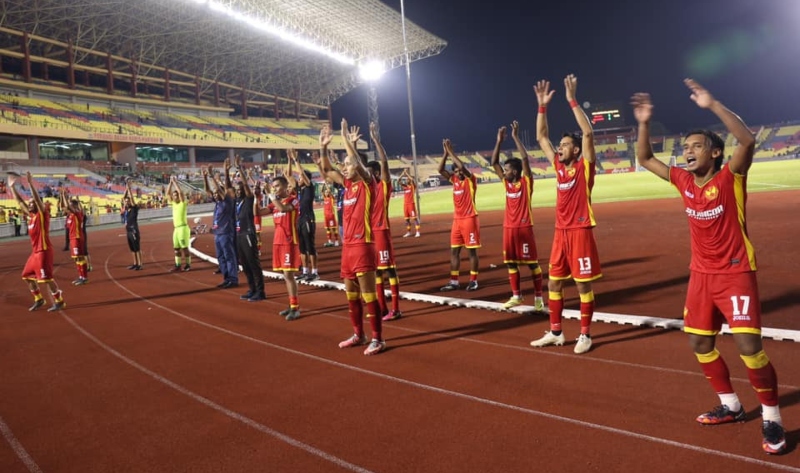 Sean Selvaraj’s head did the talking as Selangor won a seven-goal thriller for a 4-3 win over Melaka United in a Super League match at the Hang Jebat Stadium on Saturday.
The Selangor rookie was the toast of the Red Giants when his power-packed headers in the 88th and in injury time, both assisted by Fandi Othman, snatched a dramatic win just when Melaka was looked set for full points.
Until Selvaraj’s brace, Melaka led 3-2 after 71 minutes when Darko Markovic scored off a pass by Anselmo Casagrande.
Earlier, 38-year-old Amri Yahya gave Selangor a dream start at Hang Jebat with a looping volley from the right which caught national custodian Khairul Fahmi Che Mat off guard after eight minutes of play.
Melaka, however, hit back fast and equalized on 20 minutes when Selangor keeper Farizal Harun fumbled a clearance and Philippines international Patrick Reichelt had the simple task of guiding the ball home.
Amri, a former Melaka player, gave the Red Giants again on 25 minutes when he put the finishing touches to a pass from Syazwan Zainon on the left before Reichelt drew level for the homesters yet again.
The heading working Markovic drilled home Melaka’s third goal but Selangor did not give up and the rest is history as Selvaraj struck twice – changing the scenario with two well-taken headers.
The full points at Hang Jebat left Selangor coach B. Satianathaan smiling as his team climbed up the league standings into fourth place with 12 points.
The shock of the day, however, was registered at the Cheras Football Stadium with Kuala Lumpur finally ending the winless streak with an upset 2-1 win over Kedah – their first in seven matches.
Luke Woodland and Guilherme de Paula scored for the City Boys in the 10th and 50th minutes respectively.
There was also an upset at the Sultan Ismail Nasiruddin Shah Stadium in Kuala Terengganu when PKNP (Perak SEDC) stunned Terengganu 2-1 with Giancarlo Rodgrigues scoring a brace. Ahmad Yahya scored Terengganu’s consolation goal. – BY RIZAL ABDULLAH