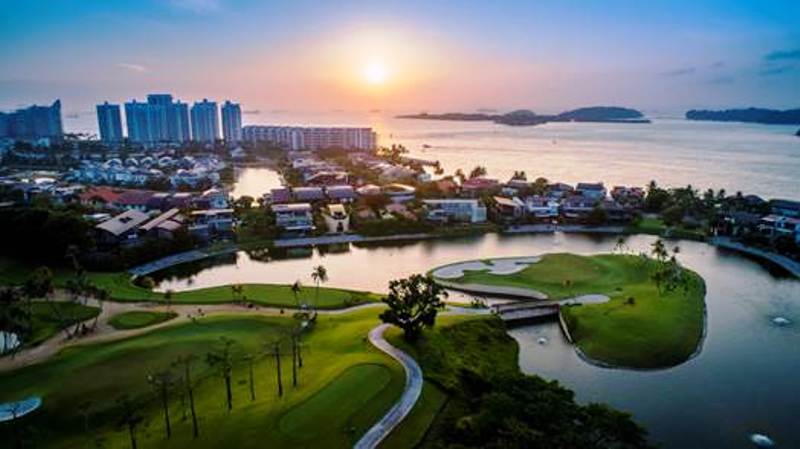 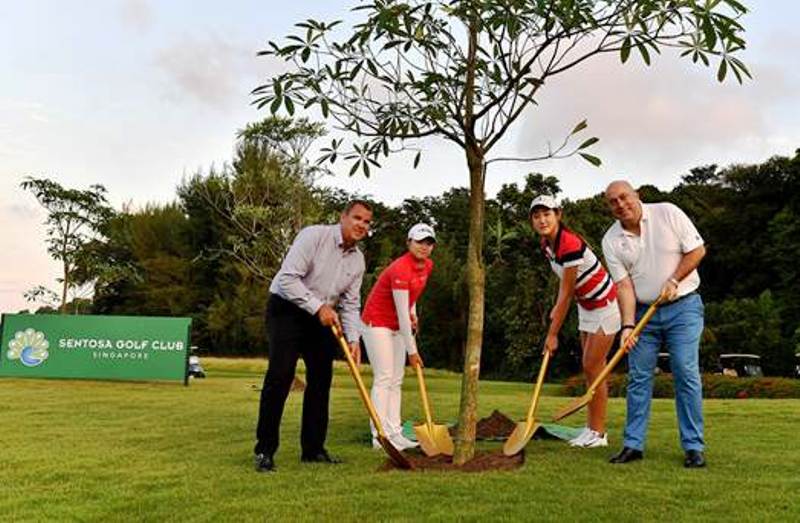 As Sentosa Golf Club readies its New Tanjong Course for the first-ever Women’s Amateur Asia-Pacific Championship, club General Manager and Director of Agronomy, Andrew Johnston, joined competitors and representatives of The R&Ato unveil “The Champions Grove”, a legacy project celebrating the club’s hosting of the inaugural event and its dedication to sustainability.

First ground was broken by South Korea’s A-Yean Cho and China’s Wenbo Liu, who will tee it up from February 21-24 alongside 83 players from 17 different countries in the effort to become the maiden WAAPchampion. As well as making history, the winner will earn a place in the field for two Major Championships, the 2018 ANA Inspiration and Ricoh Women’s British Open, as well as the HSBC Women’s World Championship, to be held on the New Tanjong from March 1-4.

Alongside Johnston, the players were joined by Dominic Wall, The R&A Director, Asia-Pacificfor the ceremonial planting, which saw five Pulai trees, native to Singapore, positioned adjacent to the 7thhole. Growing up to 40 metres tall, these will be a prominent feature on course for years to come, highlighting the club’s status as one of the world’s most environmentally-friendly venues and complementing its recently-launched #KeepItGreen campaign.

Environmental protection was integral to the New Tanjong redesign, completed in November 2016. Through the installation of six interconnected lakes across the new course, the club has become completely self-sufficient when it comes to irrigation. Among other impactful measures, Johnston and his design team also embarked on a tree-saving initiative, in which over 300 different species were extricated from the Old Tanjong, kept in an on-site ‘tree nursery’ throughout the project and then replanted on the New Tanjong.

Growing the game has also been a crucial focus for Sentosa in recent times. The SMBC Singapore Open saw the club give away 52 free rounds of golf to local juniors, matching the 52 Greens in Regulation hit during tournament week by #KeepItGreenambassador and 2017 Asian Tour Order of Merit winner, Gavin Green. Also an active supporter of local amateurs, Sentosa hasadopted an ‘open door’ policy for both male and female members of the Singapore National Team, who have been invited to use its facilities ahead of 2018’s high-profile amateur events; Sentosa will also host the men’s 2018 Asia-Pacific Amateur Championship in October.

Of the campaign and the relationship between Sentosa and The R&A, which has its Asia-Pacific HQ at the club, Wall said: “Sentosa’s dedication to golf’s most important matters makes them the perfect partner for The R&A. Being headquartered here enables us to work together on addressing key issues within the game of golf, not just in Asia, but across the globe.

“The #KeepItGreen campaign continues to address both environmental sustainability and golf participation, which is exactly what today’s activity was designed to highlight. The Champions Grove will stand here for the years to come as a symbol of its efforts, and is an activity the R&A is delighted to be part of.”

On the significance of today’s ceremony, Andrew Johnston, said: “It is with great pride that we were chosen as host venue for the inaugural Women’s Amateur Asia-Pacific Championship, and so wanted to celebrate in a way that memorialised this landmark while also championing our #KeepItGreen campaign.

“We could think of no better way than by creating The Champions Grove which will become a symbol of two very important issues right at the heart of the club and serve as a reminder of this momentous occasion for the years to come.”