Home 2020 Shan United thump Yangon to move up to third 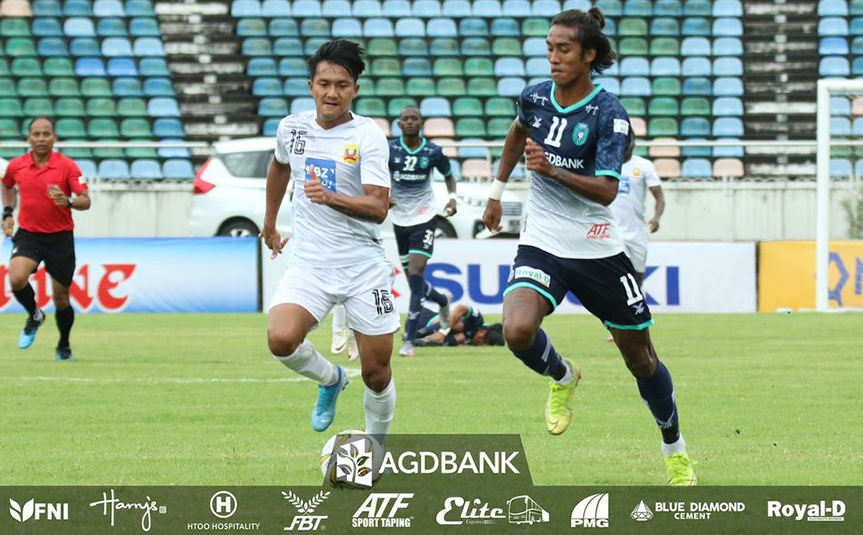 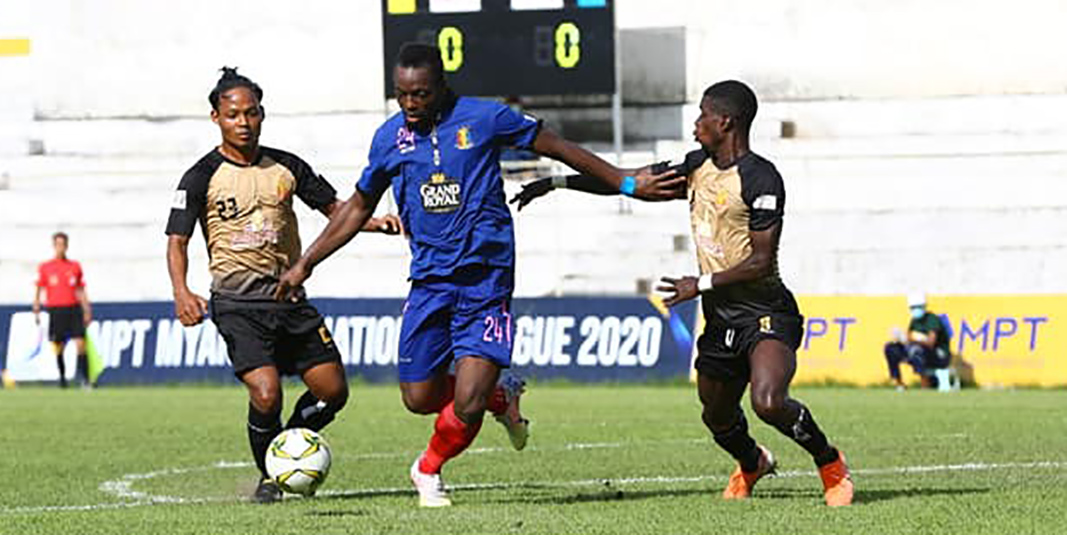 Defending champions Shan United thrashed Yangon United 4-0 to move up to third in the MPT Myanmar National League 2020 and within four points of the league leaders.

It was Shan United’s sixth win on a trot and where tonight, they made sure of the full points with two goals in each half of a keenly contested affair.

Djedje Djawa cracked open the first goal after 25 minutes as Kyaw Nanda then added the second in the 37th minute for the 2-0 lead at the break.

Shan continued with the pressure for their third goal of the game through Keith Nah five minutes after the restart before Zin Min Tun then completed the humiliation for Yangon with the fourth goal in the 78th minute.

Both Ayeyawady and Hantharwady were also winners yesterday – 2-0 over Sagaing and 3-1 over Rakhine United respectively.

Raphael scored both goals (18th and 84th minute) for Ayeyawady as Hantharwady were never in any real danger against Rakhine as they raced to a 3-0 lead just over the hour mark.

Hantharwady’s goals were scored by Ndubuisi Ekwuruibe (39th minute), Donald Bissa (49th) and then an own goal from Aung Kyaw Thu’s own goal in the 64th minute.

Rakhine’s only goal of the game came in the 79th minute through Alexander Amponsah. 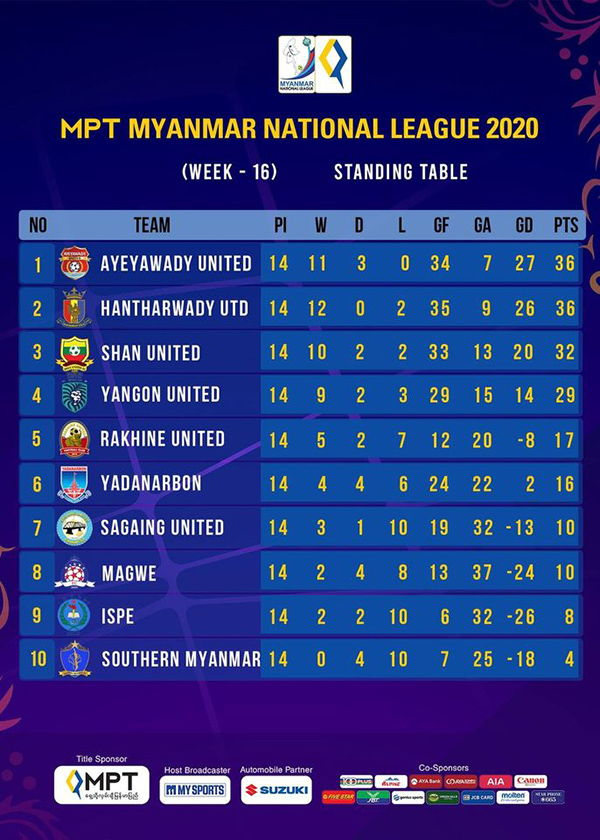