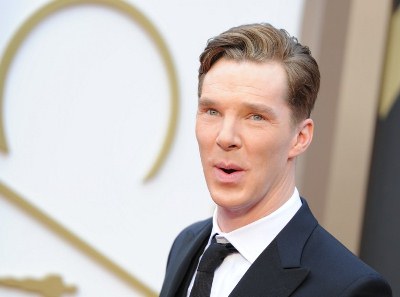 FILM and TV star Benedict Cumberbatch, best known for his portrayal of the detective Sherlock Holmes in the British BBC TV series Sherlock is to host the Laureus World Sports Awards in Kuala Lumpur, Malaysia, on March 26.

Benedict has appeared in a series of highly successful films over the last few years, including this year’s Oscar-winning 12 Years a Slave and the Academy award nominated August: Osage County. In addition last year he appeared as Julian Assange in the Wikileaks movie The Fifth Estate and as the Dragon Smaug, in Peter Jackson’s The Hobbit: The Desolation of Smaug.

He said: “I am a big sports enthusiast and I am delighted to be able to host such an important event in the sporting year. I have seen the names of all the great sportsmen and women who have been nominated for the Laureus Awards this year and, although I played a great detective in Sherlock, I have to confess I have no idea who is going to win. They all seem to have achieved so much. But it will be great to be part of such a special event.”

Cumberbatch recently took part in 50 Years on Stage, the Royal National Theatre’s landmark event for its 50th anniversary, taking on the role of Rosencrantz in a scene from Tom Stoppard’s play Rosencrantz and Guildenstern Are Dead. In 2015 he will return to the stage to play Hamlet in London’s West End.

A great supporter of charities, Cumberbatch is an ambassador for the Prince’s Trust which aims to help disadvantaged young people in Britain.

After playing scientist Stephen Hawking in the TV production of Hawking in 2004, he has been an active supporter and patron of the Motor Neurone Disease Association.