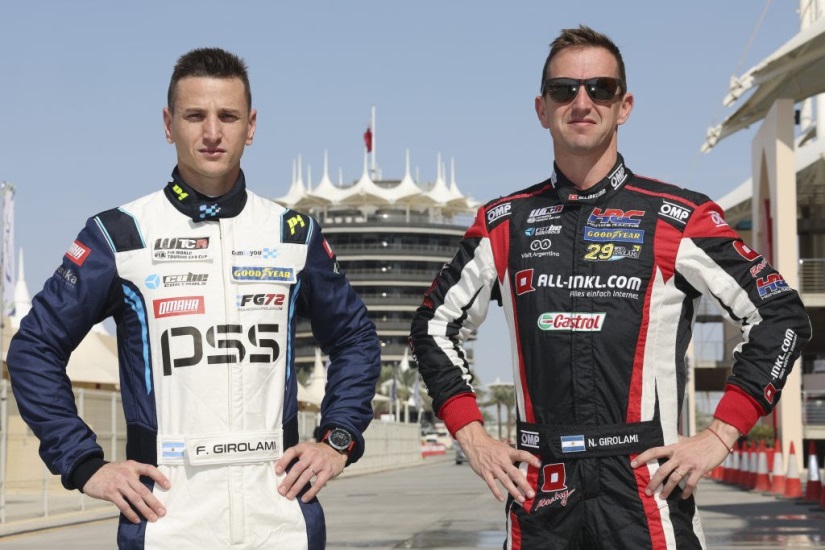 Néstor Girolami: “He is my brother but when we are at the race track he is my opponent”

There will be no such thing as brotherly love when the Girolami brothers go head-to-head in the WTCR − FIA World Touring Car Cup during November.

The Argentine aces will become the first brothers to race in the series after Franco secured his step up to world-level competition by winning the TCR Europe Touring Car Series title last month.

But while Franco, 30, will focus on building his experience at the pinnacle of international touring car racing, his 33-year-old sibling Néstor is aiming to become King of WTCR for Honda-powered ALL-INKL.COM Münnich Motorsport.

“He is my brother but when we are at the race track he is my opponent,” said Néstor Girolami, who starts the WTCR Race Bahrain weekend 35 points behind Goodyear #FollowTheLeader Mikel Azcona in the title battle. “I don’t expect nothing dirty from Franco but nothing like a favour. He’s working to get a contract for next season so he needs to fight for it but I have to count on me doing the job first, everything else I cannot control.”

Like Néstor, Franco Girolami is based in Italy having relocated from his native Argentina to make his European debut in 2021.

“We are very professional, we live for motorsport, this is our life,” said Comtoyou Racing-run Franco. “We are not playing games and I know the rules. I know my brother is fighting for the title but he’s racing for another brand, I am with Audi and I have to do my best for my team and for myself. Obviously I don’t want to be in the middle with my brother or Azcona. For me my brother and Azcona inside the track are the same, I have to work for Comtoyou and myself.”

Having overseen his brother’s switch to Europe and his progression subsequently, Néstor Girolami is more than aware of Franco’s potential and the challenge he faces. “It will be a big challenge for him because he has an extra 10 kilograms in his car [as a wildcard] and he has to get used to the Goodyear tyres,” said Néstor. “Not knowing the tyres and being in the WTCR for the first time means he needs to adapt and get used to many things. But if he can be close to his team-mates then it would be a good weekend for Franco.”

For the Girolami family, Néstor has said that the upcoming races in Bahrain and Saudi Arabia will bring plenty of pride. “I personally helped Franco jump from Argentina to Europe and get the opportunity to race in TCR Europe so I feel very proud to see Franco in WTCR because it’s a dream come true for the family and of course it’s a good opportunity for him. He understands he needs to be very smart and professional and do what he has done in TCR Europe in the WTCR.

“But it’s funny because we don’t speak about motorsport now. He’s completely on his side working very hard and doing very well. When he was driving in a Honda we shared everything but now he is driving an Audi we don’t share anything and we like to be in this direction because it’s professional and you need to be very professional and dedicated in this sport. We both know how to work, even the small details. And if he wins in Bahrain, I don’t think he will share these details because he wants to be in front of me and this is normal.”

As well as contesting WTCR Race of Bahrain this week, the Girolamis will be in action at WTCR Race of Saudi Arabia, which is due to take place at the Jeddah International Circuit from November 25-27.