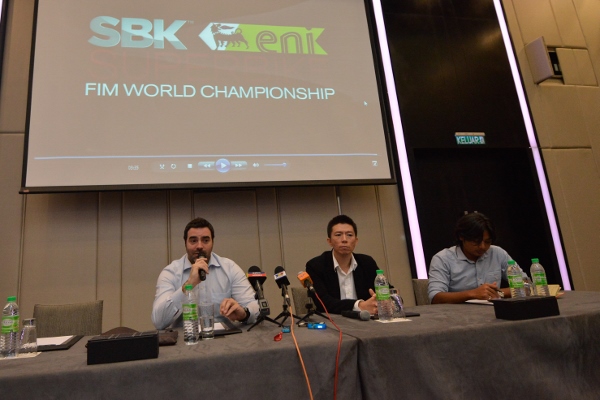 SEPANG INTERNATIONAL CIRCUIT (SIC), organisers and promoters of the Malaysian round of the Formula 1 and MotoGP World Championships, are adding the prestigious FIM Superbike World Championship (SBK) to their racing calendar.

Malaysia will be hosting Round 6 of the 2014 season from June 6-8. The new season, which will have 14 rounds, will open in Australia at Phillip Island on Feb 23.

“We are proud to be part of another world class event and is confident the SBK would grow to become another success story for SIC and Malaysia – just like the F1 and MotoGP world championship,” said SIC CEO, Datuk Razlan Razali.

SIC are venturing into SBK in addition to the MotoGP, in view of the strong interest in motorcycle races since the last few years and driven by the fact Malaysia has millions of motorcycle owners, who can easily be converted to be fans of the sports.

The move is also spurred by the belief Malaysia has plenty of talent in motorcycling, as proven by the performance of our Moto2 and Moto3 riders and hopefully, this initiative will open doors for Malaysians to venture into SBK as well as MotoGP in the future.

The announcement of the world class championship was made today by SIC’s representative, Chief Marketing Officer, Edward Lim together with Marc Saurina, director of WSBK Commercial & Marketing Department, Dorna Group in a closed session with media at Le Meridien, KL.

Founded in 1988 and regulated by FIM, the international governing body of motorcycle racing, the SBK World Series was given a major boost last year when the organising duties were taken over by Dorna, the worldwide rights holder for the MotoGP.

Like Formula 1 and MotoGP, the SBK will be a three-day affair, but features more track sessions.