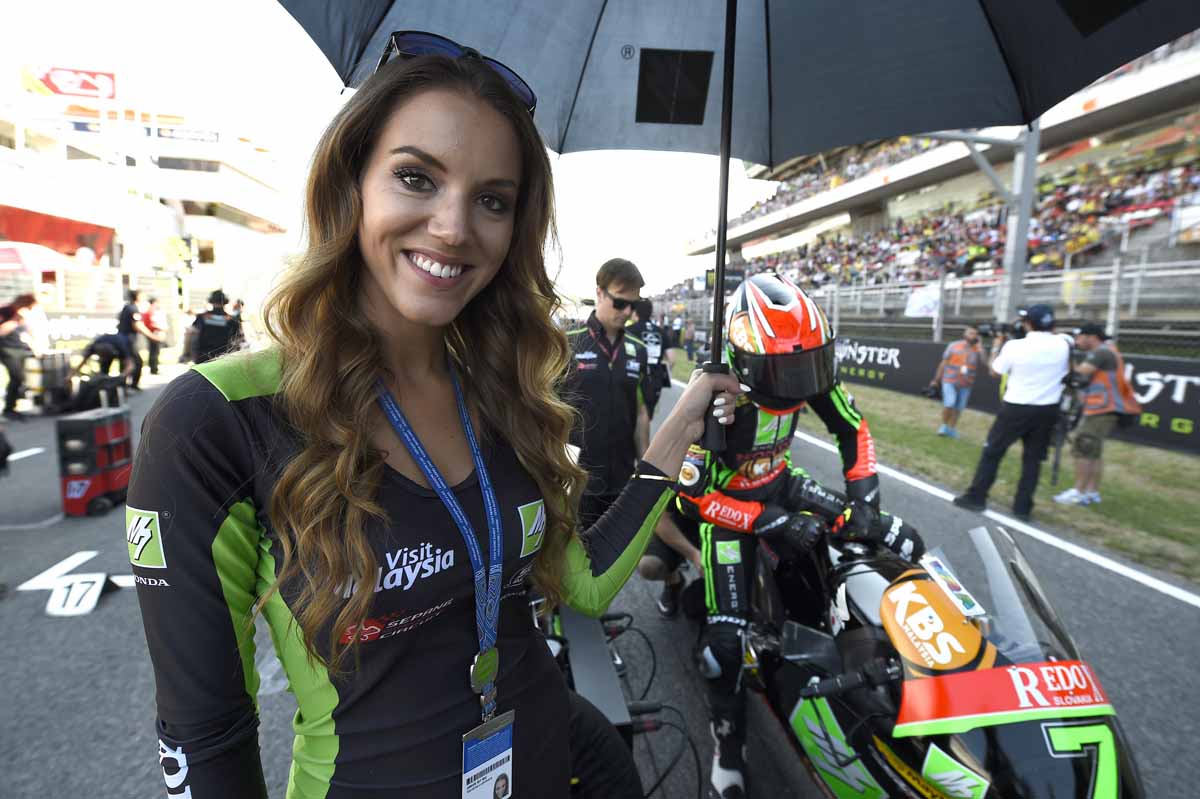 The DRIVE M7 SIC Racing Team concluded a difficult weekend with a positive finish at the Dutch Grand Prix today. Claiming a further three points for his Championship position, Jakub Kornfeil crossed the line in an admirable and hard fought 13th place, after battling his way through the field. Teammate Adam Norrodin experienced a tough mental fight as he attempted to regain his confidence following a crash in yesterday’s session. Breaking into the top twenty the young Malay concluded his first race at Assen, Netherlands in 19th place.

Johan Stigefelt – Team Manager
“We are pleased to come away from Assen with three more points for Jakub. He made a good start but then unfortunately there was a crash that he had to avoid. He had to run off track and re-joined dead last. He quickly got himself together again and started to fight his way back up through the field. He did a good job gaining positions so I’m happy for this. It’s a shame he couldn’t have gone with the front guys because his lap times were good too. Anyway this is what needs to happen from Friday, we cannot do this just on a Sunday. Okay it’s good to go fast in the race but it’s important to be this way from the start of the weekend and especially in qualifying; Jakub needs to adapt his mentality to this.

For Adam he unfortunately didn’t have the pace we were looking for, he was pretty slow. We were expecting more from him today in terms of times during the race, so we are little disappointed. He said he didn’t feel so comfortable with the bike, so we need to look into this because the settings were the same as what he had in FP3 and qualifying where he was faster. We have a three week break in the calendar now, so we must use this time to regroup and come back stronger in Sachsenring because we can see the other Honda riders and teams are improving all the time; we have to catch them and do the same.” 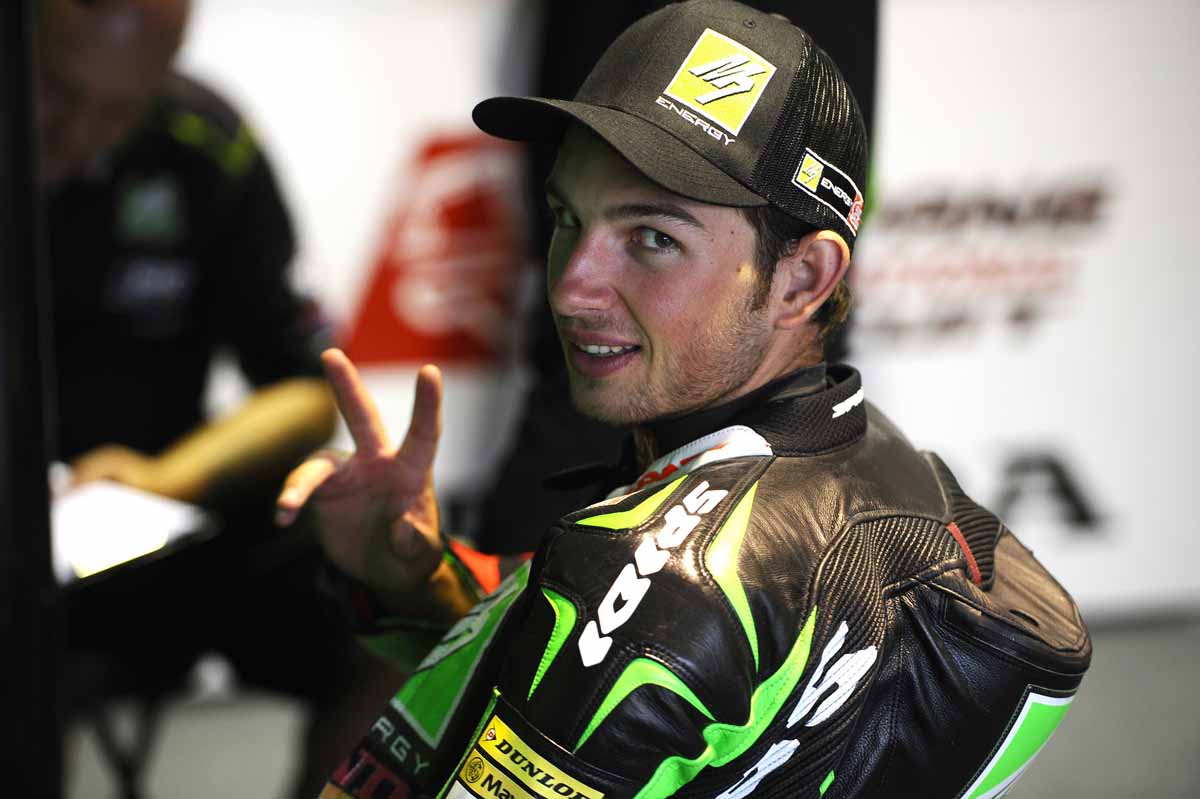 #84 Jakub Kornfeil – P13
“In Warm Up this morning I felt quite good with the bike, although our position was not there. I was trying to go with fast riders and I was able to overtake them quite easily. I felt confident for the race after this. I made a good start and passed around three people and another three by the end of the first sector. Then unfortunately I made a small mistake because there were so many people in the hair-pin corner and when I opened the gas the bike had nothing; because of this I made a bad exit and lost four positions. In the end of the first lap another rider crashed and I just saw his body flying over me; I was really worried about hitting him so I went off through the chicane and straight through the stones. I ended up completely last. From this position I became very angry, so I just tried to do my best and push every single lap. I think every lap was in the 1m44s times, which was quite good. I caught the group ahead quickly and I was able to pass through them quite easily. I was trying to get through them as soon as possible because I could still see the first group, but then they all started to fight each other and I had no chance to catch the others. I’m happy to have won the lead in the second group. I did my best but unfortunately this is what can happen when you start from 23rd position. Thanks to team for doing a great job as usual; In Sachsenring we will come back stronger.” 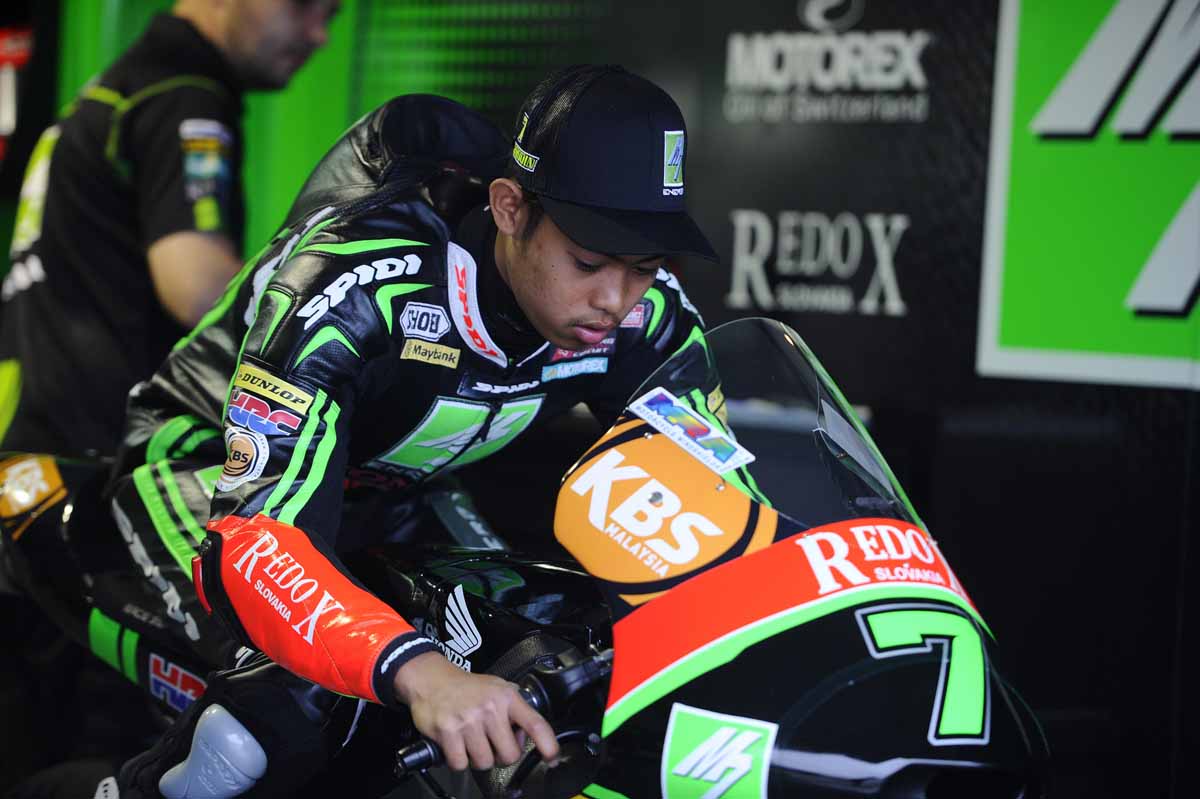 #7 Adam Norrodin – P19
“I’m really disappointed with my result today. This was the worst race I have had this year. I had a crash yesterday and it’s really affected my confidence because I didn’t want to crash again. It wasn’t a big crash but my mentality was completely down today. I was having to fight so much with my head because my thoughts were the opposite of what they were at the start of the weekend. I really tried to fight it but it wasn’t enough. I was too concerned about crashing in another race. The team have done a great job all weekend, so I’m really sorry to them. I need to go away and really work on my mental strength over the next few weeks, get stronger and come back with more focus.”