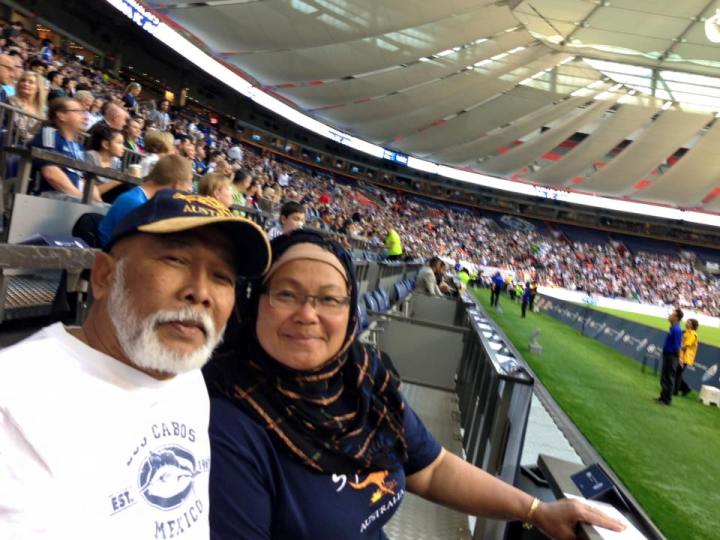 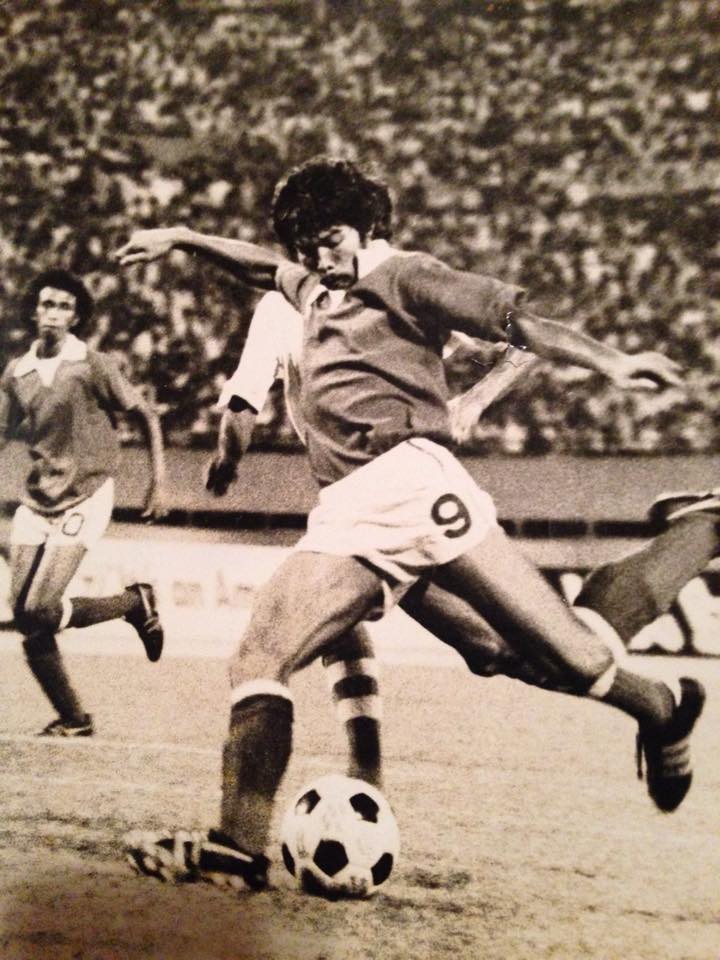 Arshad Khamis is a football icon of the 1970s & 80s, of “Kallang Roar” fame, just like the late Mokhtar Dahari, Soh Chin Aun and Santokh Singh.

Few probably remember him as he migrated to Canada in the early 1990s. But now he talks of his new-found life and says hello to his Singapore and Malaysia fans.

Big, strong and friendly. Like Mokhtar, he had a reputation as a long-range shooting-striker but not always accurate, he says! But his bigger physical frame always helped me to hold the ball and to ward off tough-tackling defenders.

Rather quietly, without the media limelight, he migrated to Chilliwack in British Columbia, Canada in 1992 at 42, because he wanted to have a better quality of life.  He lives a simple lifestyle and works for NCR Corporation as a Trainer Technician.

Canadian-styled life has sometimes unpredictable seasons, according to the weather. During spring and summer season for three months for each season, after work, I do gardening (mostly with my wife) fishing, crabbing, jogging, walking, trailing, visiting, camping and BBQ. This season is busy because of the school holidays in summer we have lots of outside activities.

Chilliwack, where he lives, is in British Columbia. It is largely an agricultural community, with a population of 160,000 people. This city is surrounded by mountains and recreational areas and located 102 km south-east of Vancouver.

There are many outdoor activities in the area. His favourites include hiking, horseback riding, camping, fishing and golf. Chilliwack is most popular for its spring water from the mountain and corns.

“Yes, I definitely encourage younger Singaporeans and Malaysians keen to migrate or find a new home in Canada, if they’re keen to take the big challenge. It is more adventurous, see, learn and know more things and compare what they do in Singapore and outside Singapore. There are the pros and cons living here, away from families, siblings, relatives but like me, I made the option to migrate and I’ve no regrets,” said Arshad.

His best memories of Singapore were in the 1960s and 70s, at the height of football career, when he played for clubs like Singapore Armed Forces (SAFSA),  International Contract Specialists, Geylang and Singapore Malays.

“We were amateurs but football then was at a frenzy and footballers worshipped like idols,” he said. 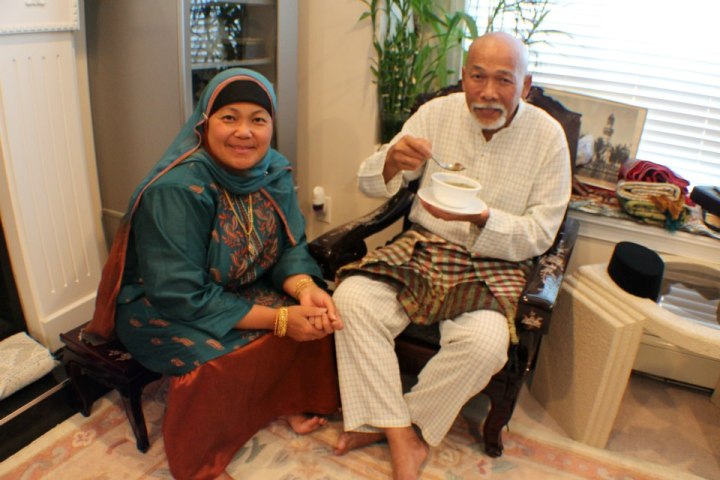 Heroes of the past

The Malaysian stars, too, were hailed as “The Towkay” (former defender-skipper Soh Chin Aun) and “The Spiderman” (the late goalkeeper G. Arumugam, who reputedly had arms that reached below his knees).

Arshad said: “My advice to younger footballers who are keen to turn professional, is to start from young, perhaps nine or 10 years, with a strong discipline and mental power to keep learning and improving ball-skills, in order to be the best you can be. We should encourage more home-bred heroes like Fandi Ahmad and V. Sundramoorthy.”

His favourite player is Brazilian star striker Pele, widely regarded as the most successful league goal scorer in the world, with 541 league goals. In total, he scored 1,281 goals in 1,363 games. Arsenal (England) and Real Madrid (Spain) continue to be my best football clubs.

“At this winter stage of my life, I feel I’m blessed. I look forward to be healthy and have the energy to give my best shot every day. I enjoy my hobbies like fishing, jogging, hiking, trailing, camping and cooking, such luxuries which may be hard to best in Singapore,” he said.

“But sometimes when I think of the “Kallang Roar”, the magical cries from football fans of the 1970s, there’s a glimmer of wonder in my eyes and I look back to the best Singapore memories more passionately.”