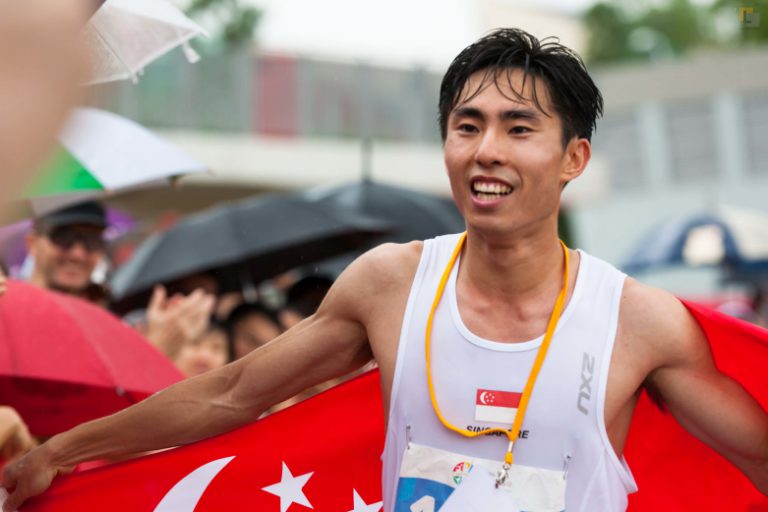 HE turns 28 on Tuesday (August 6) and there’re likely to be fiery birthday candles with fireworks flying all over the place as the saga of two-time SEA (South-East Asia) Games gold medallist Soh Rui Yong, not picked for the 2019 SEA Games in Manila, promises to go like an unending marathon.

Let me put my cards early: He is, in a nutshell, a marathon role-model barking up the wrong tree.

Never has Singapore sports seen such ugly washing of dirty linen in public as in recent days the track sparks flew, rather disgracefully, more as a matter of petty politics rather than passionate principles, as the 27-year-old runner cried foul after he was elbowed from a chance to bag a hat-trick of gold medals at the upcoming Manila SEA Games.

There were significantly furious raised eyebrows when the SNOC (Singapore National Olympics Council) barred him from being among the 585 athletes in 49 sports and even Singapore Athletics (which governs track and field here), who put up Soh’s nomination, declined to appeal on his behalf.

The thunders and lightnings behind Soh’s headliner-battles with SNOC go a marathon-way with dirty track linen clearly washed in public. SNOC, as the parent non-government sporting body, maintained that Soh has “displayed conduct that falls short of the standards of attitude and behaviour that the SNOC expects of and holds its athletes to, considering that they are held up and seen as representatives of the country and as examples to our sporting youth”.

Sometimes, the heart aches for Soh. From the sports perspective, first, since he was solely responsible for 50 per cent of Singapore Athletics’ gold haul at the 2017 Games.

In my books, he was like a God-send long-distance prodigy and probably Singapore’s strongest-ever marathoner the past century. 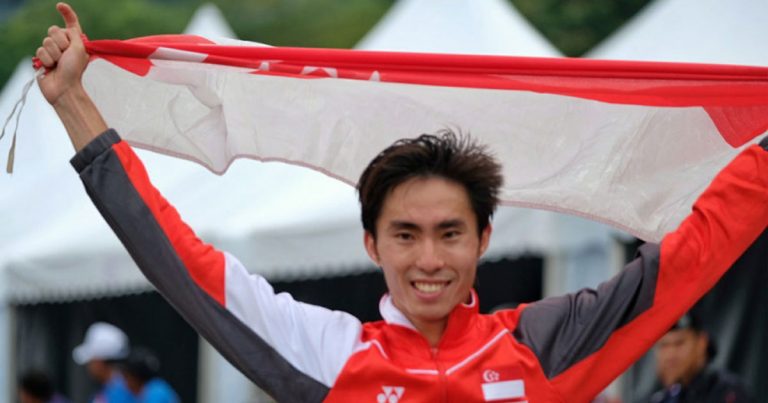 He was also an ideal example of brain and brawn as he graduated from the University of Oregon in the United States, where he studied business administration.

So, pray tell me more, what went suddenly wrong? What got Soh to suddenly go amok and berserk with his cheap-shots in public, from newspapers, radio and television to social media, about unfair play and a lack of sportsmanship by those who rule the sporting rules here.

I was taken aback when he lashed out at the Speaker of Parliament  Tan Chuan-Jin, who is also President of the SNOC) and his team for engaging in what he called “primary school playground politics”.

Soh moaned that the saga appears “akin to a primary school playground  politics where kids go, “I don’t friend you already, lah!” just because you say something they don’t like”.

Unprecedented in Singapore sports, he whacked SNOC for “petty politics”, and matter-of-factly makes his point: “I consider winning medals for my country at SEA Games to be a national service.”

And to spike further at SNOC, he says he intends to explore other globally-famous marathons such as the Boston Marathon to prove that he has the fire in his belly to deliver international honours.

For him, personal and professional pride is out the premium and he maintains: “I don’t wish to waste more time on unreasonable people at SNOC.” 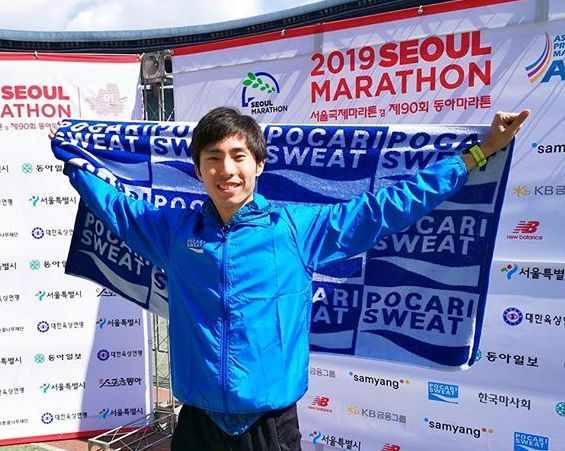 Likewise, I must put on record here that much as I want to stay neutral, Soh has not been the right role-model for younger Singaporeans.

His off-the-track battles, either with the SNOC or Singapore Athletics, must be politely kept within the closed antique walls and if he thinks he’s a prima donna of sorts, he’s simply spiking his face, if not indulging close to sports hara-kiri.

I remember Soh was given a formal warning by the SNOC before the 2017 Games kicked off for promoting personal sponsors on social media during the biennial Games.

I was aghast when he reportedly cut holes in his race vest before winning the race in Kuala Lumpur, and reportedly upset sponsor 2XU (2XU terminated its sponsorship of Singapore Athletics four months later).

Some accused him of having a loose tongue and even burning the proverbial bridges with the ultimate sporting bosses when in September 2017, after winning the marathon gold, he protested having to donate 20 per cent of his $10,000 Multi-Million Dollar Award Programme (MAP) prize money to Singapore Athletics (SA), as he said he retained his gold medal “without any coaching help from SA”.

On the blazing roads, Soh, to be fair, has been a shining jewel, as in March 2019, he clocked 2hr 23min 42sec at the Seoul Marathon, which broke the national record that was set in 1995.

This startling result cleared the qualifying benchmark, 2:31:52, which is the third-place result at the previous 2017 SEA Games.

I was applauding proudly as a Singaporean that Soh’s timing was reportedly the second-best time in 2019 clocked by a South-east Asian marathoner. 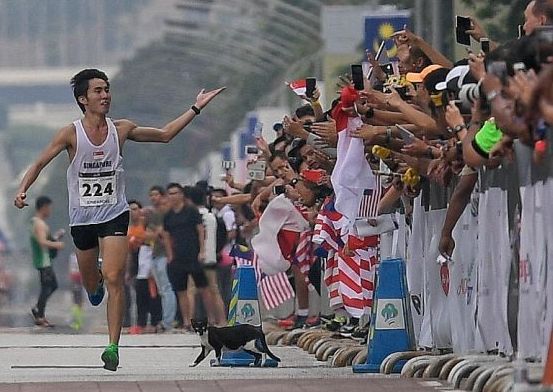 But all hell broke loose in April 2019, when the SNOC served Soh a legal letter to demand the retraction of allegations against fellow marathoner Ashley Liew over an act of sportsmanship at the 2015 SEA Games.

Liew, for the record, was nominated by the SNOC for an international ‘Fair Play’ award for his act.Liew had been lauded for sportsmanship after he slowed down during the race to allow competitors that had taken the wrong route to catch up.

He was subsequently awarded the Pierre de Coubertin World Fair Play Trophy by the International Fair Play Committee in 2016 and earned special recognition from SNOC, which had nominated him for the international accolade.

To add enormous salt to wound, Soh also criticised SNOC on social media multiple times this year for backing Liew. He even dared, rather audaciously, and shamed SNOC for “failing conduct a proper investigation of truth, and choosing rather to only speak with witnesses from one side in order to back up what they want to believe”.

The council, under the leadership of the Speaker of Parliament Tan Chuan-Jin, wrote to Soh to offer him the chance to view these statutory declarations and publicly retract his allegations. He repeatedly declined.

I was surprised, too, when during the 2017 SEA Games, Soh had a disagreement with SNOC’s sponsors’ blackout rule, which, in a nutshell, prohibited Team Singapore athletes from using their name for “promotional or advertising purposes” without permission. This included promoting their personal sponsors on social media.

Soh outrightly claimed he had missed out on a sponsorship deal with an earphone company because of the blackout rule.

He even hammered SNOC that the rule “quite literally reduces the opportunities that athletes are exposed to”.

That probably broke the camel’s back and Soh’s extraordinary outspokenness shocked the Singapore track and field fraternity that instantly erased the glorified marathon publicity he had brought for Singapore…and even the possibility of winning Singapore’s first-ever SEA Games hat-trick gold medal in Manila later this year.

The Straits Times (ST), the leading local English newspaper, polled 20 current and former national athletes and officials over the weekend, with 13 supporting the organisation’s decision and the other seven disagreeing.

To be fair, there was also backing for Soh online. ST’s story last week drew almost 1,000 likes, comments, and shares on Facebook, with many voicing their support for Soh. An online petition at change.org titled “Reinstate Singapore Athlete Soh Rui Yong for SEA Games” has also been set up, and has received more than 700 signatures as of Friday.

Most poignant was former national 100m sprint record-holder U. K. Shyam, who appears to be caught in a tightrope situation.

He says:  “Rui Yong may have shown good sportsmanship when he helped runners from Indonesia and the Philippines, and trains really hard and delivers results. But he has also repeatedly antagonised SNOC and it is reasonable for SNOC to deem his behaviour problematic.”

Shyam’s prognosis of this episode sums up what I feel of the real beauty of sportsmanship and role-modelship anywhere in the world: “If athletes need to express opinions or critique, it can be done in a measured and respectful manner,” says Shyam, 43, a lecturer and four-times SEA Games medallist with a double degree in Philosophy and Political Science at the National University of Singapore (NUS).

For the record, Shyam is a sprint-legend of sorts as he broke the 33-year-old record of 10.38s (set by Singaporean sprint legend Canagasabai Kunalan) at the World University Games in Beijing in 2001. Brain-and-brawn, he’s the first athlete to be placed on Singapore Sports Council’s inaugural Athlete Career Training Programme (ACT Scheme) Programme was launched and conferred by then-Deputy Prime Minister Goh Chok Tong.

Likewise, I concur with former national butterfly specialist Tao Li, 29, the only female Singapore swimmer who qualified for the 2008 Beijing Olympics.

She says that “athletes have to comply with codes of conduct and regulations, which are multi-dimensional and not based on results alone because they are representing a country and a certain standard is expected”.

She rightly adds: “There are rules to protect the interest and image of the country and governing bodies, and athletes have to abide by them.”

In my opinion, standing right at the tightrope of Singapore’s most-talked sporting saga, I’d say the SNOC deserves a timely pat-on-the-back.

They’ve made it absolutely clear that no one is above the law or famous enough to dictate terms with the sports-governing body.

I wish Soh sees the real light and not get caught in a dark-side personality enigma. He must use his recent two-gold SEA Games successes to motivate the younger generation to sincerely prove their worth, both through sports and academics, like what (Olympic swim champion) Joseph Schooling is excellently doing.

I say this on the eve of Singapore’s 54th National Day birthday this week: Soh must, like Schooling, promote the correct national exposure of the youngsters and win the adulation of the sporting community in order to bridge a lifetime of passionate bondage just as what (sprinter) C. Kunalan and (middle-distancer) Chee Swee Lee had done at the Olympics Games.

And if I’ve to give Soh a timely knock on the head, I must cite recent examples of no-nonsense stands in Asia. Two stirring prima-donnas brought to book were China’s swimming world champion Ning Zetao and Thailand’s star sprinter Jirapong Meenapra, who were dropped from their national teams for disciplinary and sponsorship disputes respectively.

Well done, SNOC. These are simply perfect examples of how governing bodies, without fear or favour, consider factors other than results for fair-minded international selection.

The bottom line: SNOC wants to send a clear signal to let the younger generation know that when you are wearing the flag, your behaviour must be exemplary and absolutely above board – there’s no room for anyone to be above the sporting law. – SURESH NAIR

• Suresh Nair is an award-winning Singapore-based sports journalist with over four decades writing experience and has served on multiple management committees of leading sports and social organisations.