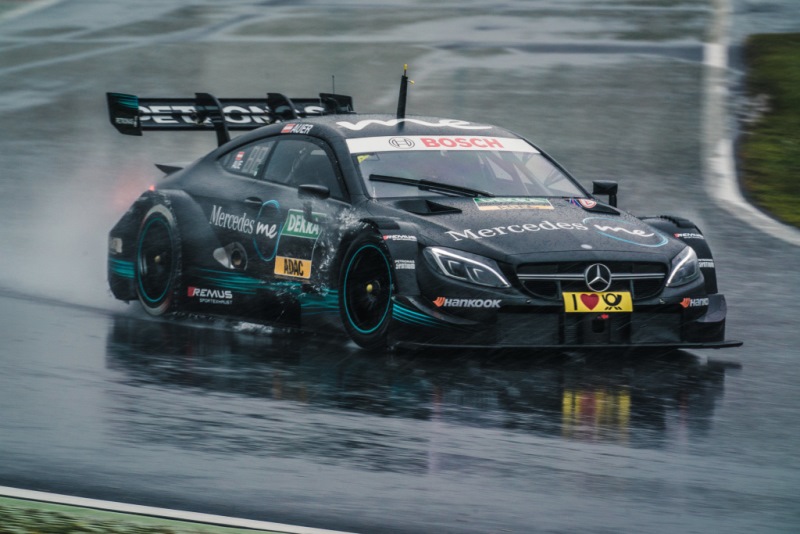 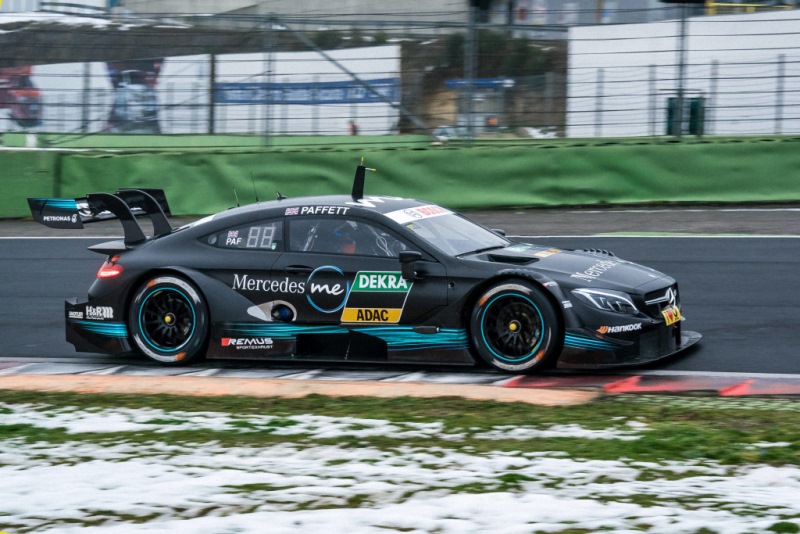 First snow, then rain. The Mercedes-AMG Motorsport DTM Team experienced tricky weather conditions during the first tests of the year at Vallelunga, Italy. Taking turns with team captain Gary Paffett in the cockpit was Lucas Auer.

“We can count ourselves lucky to have had such good weather yesterday,” said Gary, who drove 119 laps in the dry on Friday. “ This year, there have been some big changes to the aerodynamic parts of the car, and there are also more standard parts. This should hopefully help to level the playing field – although that’s sometimes hard to imagine, with things being so tight in the DTM. The car did not feel amazingly different. It has a little less downforce, but it is still a DTM car. We have very limited time for testing this winter, so it’s important that we get the maximum out of what’s available, like we did yesterday.”

The 2005 DTM champion set the best time of the day, 1:26.751 minutes. The British driver was fastest on all three track sectors, giving a theoretical best time of 1:26.666 minutes.

On a rain-affected Saturday, Lucas Auer took the wheel of the Mercedes-AMG C 63 DTM. Due to the poor weather conditions, Lucas was only able to complete 14 laps in the morning before an unscheduled excursion into the barriers brought the day to a premature end. “It was super cool to be in a DTM car again,” said Lucas. “Unfortunately, it was only for a very short time, because I made a mistake and crashed the car. I apologise to the team and especially to Pascal. But now I’m looking ahead and feeling excited about the next test.”

The plan had been for Pascal Wehrlein to take over in the cockpit in the afternoon and to participate in a first DTM test since claiming the title two years ago. “Despite the challenging weather conditions, we had been having a useful test session until Lucas skidded off the track, and we had managed to get through our scheduled programme up to that point,” said Head of Mercedes-AMG Motorsport DTM Ulrich Fritz. “Unfortunately, we are missing half of a test day now. Pascal’s comeback will therefore have to wait until the test in Hockenheim. But that’s the way it is: you can’t make an omelette without breaking eggs.”

The team had to face a wide range of weather conditions over the course of the three days with icy temperatures and snow during rollout on Thursday and the need to bolt on full wets on Saturday, the final day. Fortunately, the team were able to call on the expertise of Karl Snowman (Twitter: @KarlSnowmanF1), who was at Formula 1 winter testing in Barcelona last week and was the coolest guy in the Mercedes-AMG Petronas Motorsport garage.

The team will now return to the factory in Affalterbach to evaluate the data from the Vallelunga test week and continue preparations for the start of the season on the weekend of 4th – 6th May in Hockenheim. The next round of testing is also scheduled to take place at the Hockenheimring (9th -12th April).