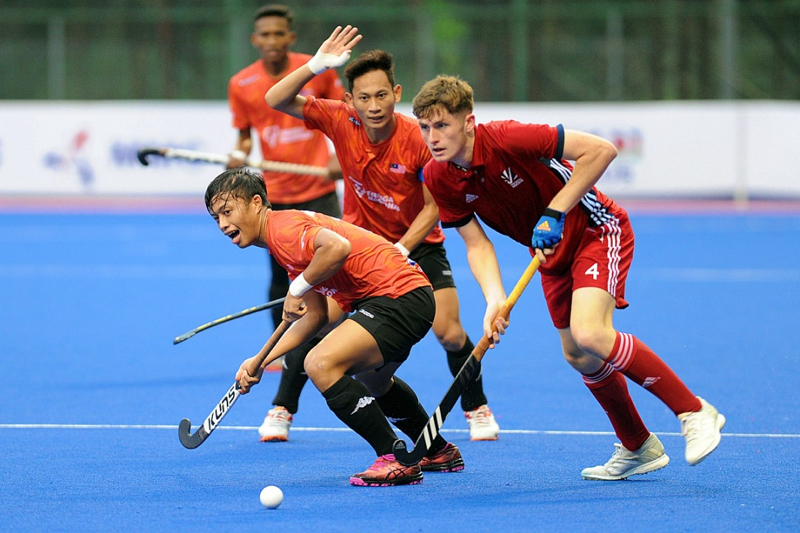 The ups and downs of Malaysian hockey were seen at the Sultan of Johor Cup Under-21 Invitational tournament at the Taman Daya Hockey Stadium in Johor Bahru once again when the host stunned defending champions Great Britain 1-0.

The win came a day after Malaysia suffered an embarrassing 6-0 beating at the hands of New Zealand. The three points off Britain gave Malaysia four points after matches and hopes of a podium finish soared in the process. Malaysia faces Japan in their final round-robin match on Friday.

Britain slipped to second place in the six-nation tournament with nine points – same as India who thrashed Australia 5-1 in an earlier match and top the table on superior goal difference.

Malaysia’s winner came from Muhibuddin Moharam on 46 minutes via a penalty corner. It was a better performance from the Malaysians. Coach Nor Saiful Zaini described victory as an “important win” that could decide the team’s table standings.

“After the big defeat to New Zealand, the players knew what was at stake and they lifted their game. The marking was good and composure when in possession, in the semi-circle was equally good,” said Nor Saiful.

Britain coach Jon Bleby said: “We need to wait till Friday to know if we qualify for the final. Malaysia played well today and our execution was well below…but that’s hockey. You have your ups and downs. It hit us today.” RIZAL ABDULLAH