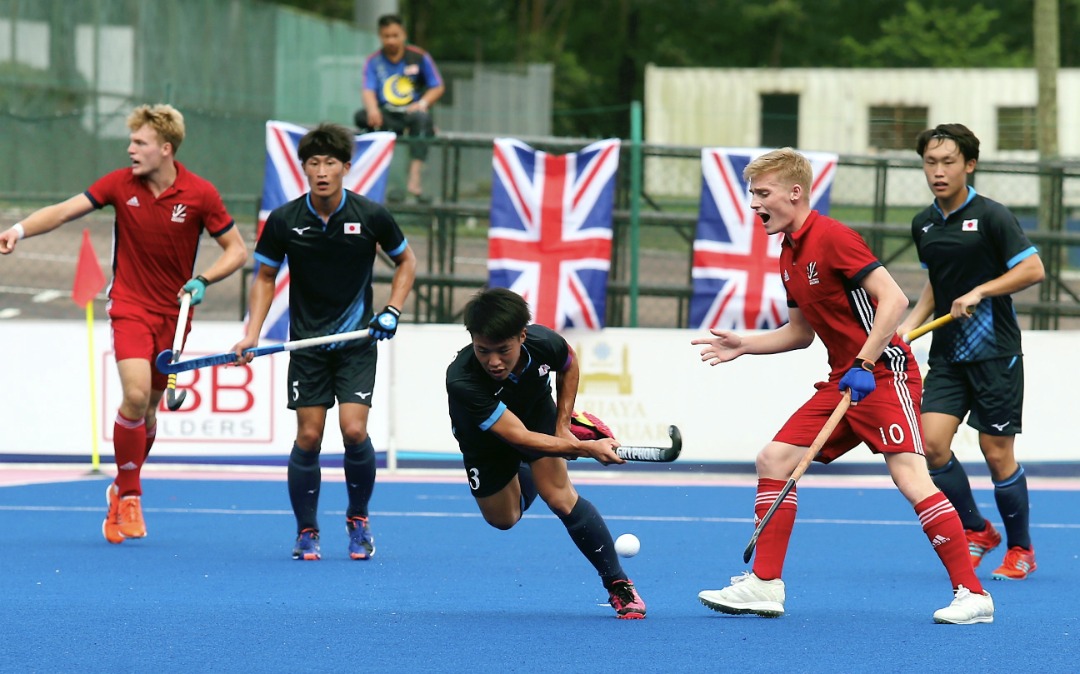 Great Britain notched their second successive win in the Sultan of Johor Cup with a 2-1 win over Japan at the Taman Daya Hockey Stadium.

Japan however put up a gritty fight and could have got a point had they made count the four penalty corners they had minutes before the final hooter.

“ We were not at our best but yet managed to secure the three points,” said the Manchester United fan Bleby.

“ At international level its consistency we require and that was missing in the first half.

“ We got our act together in the second half and probably the turn around between the two matches was a bit too short.”

In their opening match on Saturday, Japan went down 2-1 to Australia while Great Britain defeated New Zealand 2-0.

A heavy down pour an hour before the match helped cool the temperatures, but on the pitch the action was fast and furious.

Britain took the lead in the 13th minute, via Loan Wall who converted a penalty corner

However Japan keit their heads high and were duly rewarded with an equaliser through the efforts of Kosei Kawabe in the 21st minute,

Britain skipper Nicholas Park scored one the 47th minute you give his team a 2-1 lead.

And despite coming under pressure in the closing stages, Britain hung on to the lead and collected the three crucial points going into the rest day on Monday.