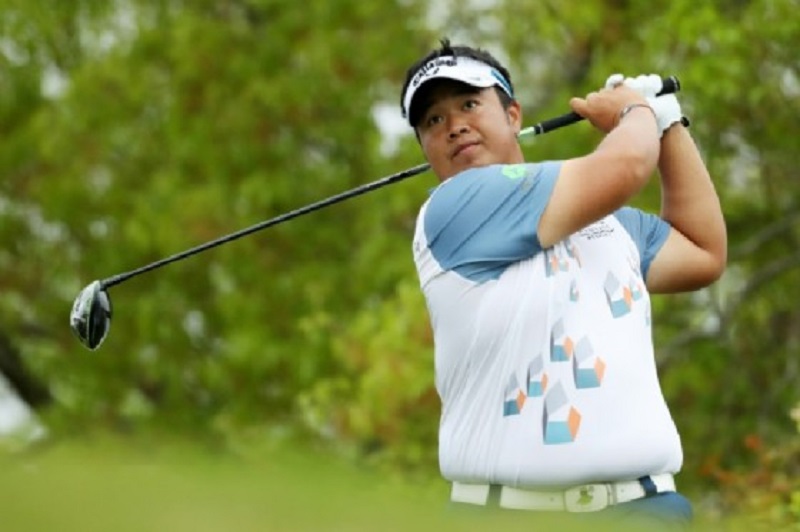 Thailand’s Kiradech Aphibarnrat shot a solid 3-under 69 for T15 in the first round of THE CJ CUP @ NINE BRIDGES to lie five shots off the pace on Thursday.

The 30-year-old, making his first start of the 2019-20 PGA TOUR Season, started his round strongly with four successive birdies from the 11th to 14th holes before trading three bogeys against two more birdies in the US$9.75 million tournament which is Korea’s only PGA TOUR event.

Countryman Jazz Janewattananond was five-over through 11 holes before fighting back with four birdies to sign for a 74 and ended the day in T62.

Kiradech was satisfied with his start. “There’s a lot of good thing in there, a lot of good shots. Just missed a couple of putts overall. I had one poor shot all day. Three under to start, I’ll accept it with the way my body is. I mean, it’s quite tiring. Hopefully I can stay strong enough to play well for four days,” said Kiradech, who is the only Thai to hold a full PGA TOUR card.

The burly Thai is competing despite carrying a lingering right knee injury and he hopes it will hold up as he attempts to sustain his good start. “I’m good to go on almost every shot I hit. I start in the right position and need to maintain my position because of the injury. I’m just trying to play with it, manage it,” he said.

The 23-year-old Jazz, who earned his place in the elite 78-man field by being the current Asian Tour Order of Merit leader, dropped two triple bogeys on the sixth and 11th holes but salvaged his card with five birdies.

“Didn’t start off good … all pars and then that triple caught me. And then another one on 11. I think it’s the first time ever I have two triples in one round. Other than that, everything else was all right. Just got a bit unlucky and didn’t go the way I wanted it,” said Jazz, who has won twice on the Asian Tour this season.

“This is not the right tournament to make two triples in the first day. I’m going to hang on, I’m not going to give up, but I’m just saying like I never had a round like this before in my life. A couple of the holes don’t suit my eye, but I think I’ll fix it tomorrow and see if I can climb back up the leaderboard. I know I can make birdies on this course,” added the young Thai.