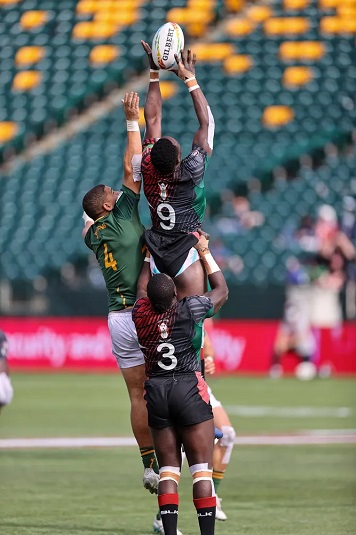 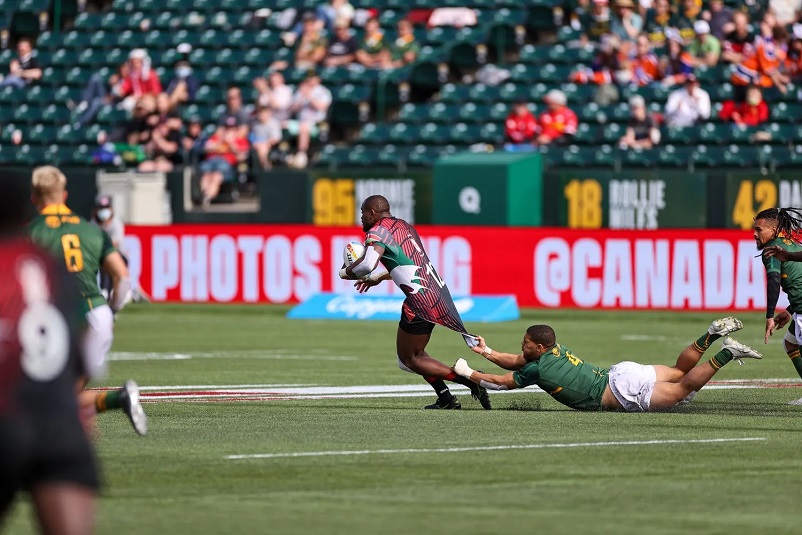 South Africa continued their fine form following victory in Vancouver last weekend with three dominant wins over Canada, Hong Kong and Mexico to top pool A and qualify for Sunday’s quarter-finals at the HSBC Canada Sevens in Edmonton, which is the final event of the HSBC World Rugby Sevens Series 2021.

The USA also ended day one with a perfect record of three victories, overcoming Kenya, Spain and Chile to win pool B and set up an exciting quarter-final clash with Great Britain, last weekend’s bronze medallists, in the first match of the day at 09:20 local time (GMT-6) on Sunday.

Ireland secured top spot in pool C with two wins and a draw, but it was Germany who caught the eye on the opening day in Edmonton and reminded everyone of the unpredictable nature of sevens by beating last weekend’s bronze medallists Great Britain 19-10 to reach a Series Cup quarter-final for the first time in history. 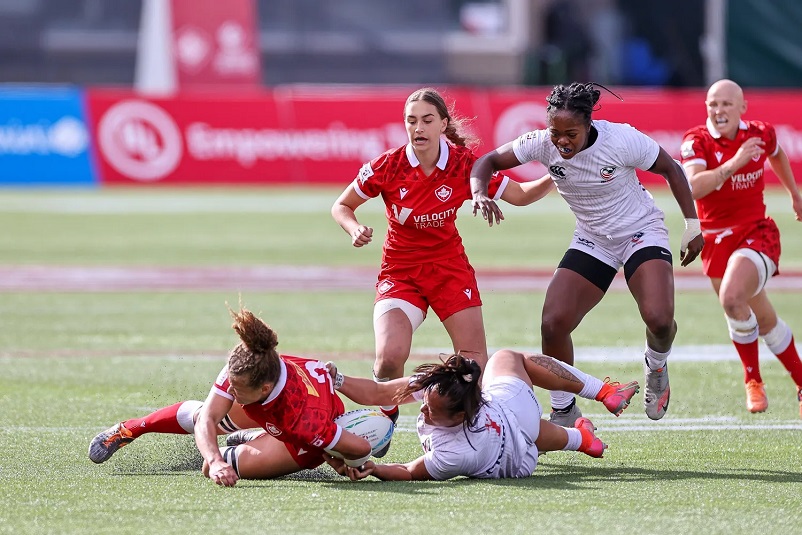 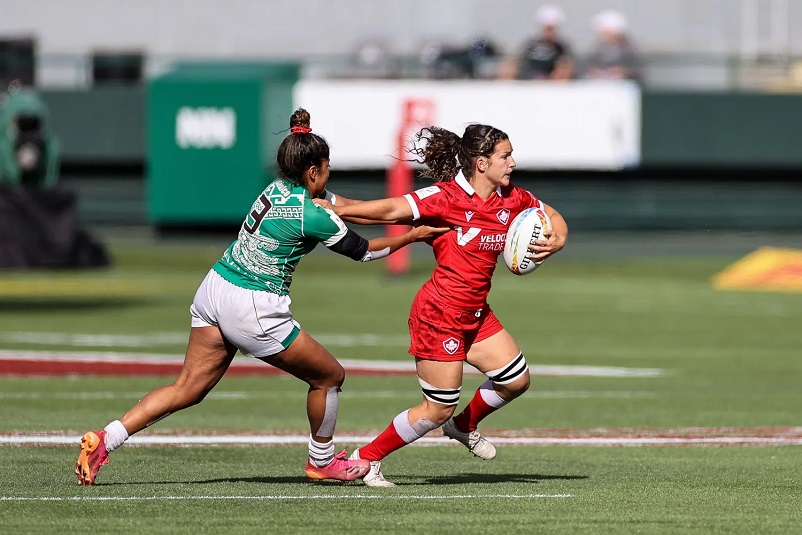 In the women’s fast four tournament hosts Canada will face the USA in Sunday’s semi-finals after the two North American teams played out an entertaining 26-26 draw in the opening match of day one.

The hosts went on to produce another spirited performance in a 7-7 draw with Great Britain, who ran out winners in Vancouver last weekend, and will face Mexico in the other semi-final.

The men’s HSBC World Rugby Sevens Series 2021 title will be awarded on Sunday as the shortened Series concludes in Edmonton following the pair of events hosted in Canada. Given the unique circumstances due to the global pandemic, there will be no relegation from the 2021 Series.

Edmonton, making its debut as a Series destination, embraced the sevens spirit with colourful, noisy and animated fans cheering on players from all teams in the vast Commonwealth Stadium.

Many of the teams and over 35 players who competed at the Olympic Games in Tokyo in July are in action in Edmonton, alongside a number of invitational teams who are gaining vital experience and demonstrating their potential at the top level of rugby sevens.

Rugby sevens players and fans can look forward to a very busy and exciting year ahead. The 2022 Series will kick off in Dubai on 26-27 November, 2021, with the full schedule to be announced soon. The Series will be followed by the Commonwealth Games in Birmingham, England, on 29-31 July 2022 and Rugby World Cup Sevens in Cape Town, South Africa, on 9-11 September 2022. – WORLD RUGBY