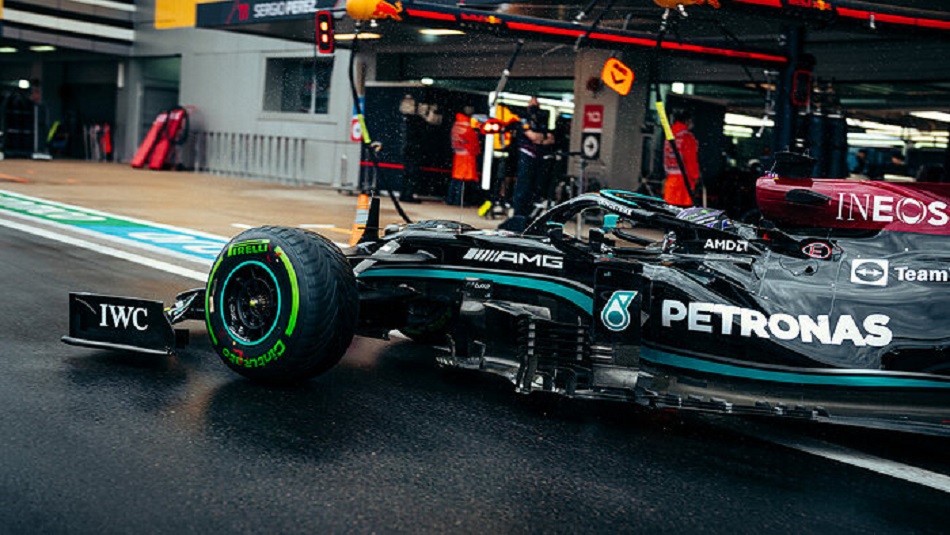 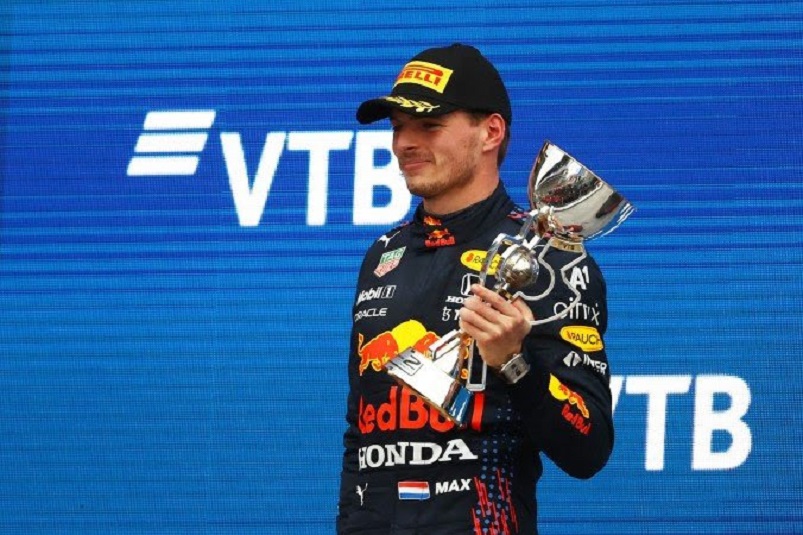 Lewis Hamilton took his 100th Grand Prix victory in a Russian Grand Prix that started in dry conditions and ended under rain, the Mercedes driver making a late switch to intermediate tyres to take the lead when pole-sitter Lando Norris agonisingly slid out of the lead with just two laps left. Max Verstappen made it from P20 to P2, and Ferrari’s Carlos Sainz took third having started second.

Grid penalties were the talk of the town on Sunday morning with Valtteri Bottas the latest to take the hit, Mercedes putting a new power unit into his car to see him start 16th with the knowledge that Max Verstappen would start 20th (having taken a new Honda engine earlier in the weekend) and Charles Leclerc 19th with a new Ferrari unit.

As for tyres, there was a mix of mediums and hards on the grid with the first five drivers – Norris on pole, Sainz second, Russell third, Hamilton fourth and Ricciardo in P5 – on mediums, and only Fernando Alonso starting sixth, Sergio Perez (P8), Pierre Gasly (P11), Bottas, Antonio Giovinazzi (P17), Leclerc and Verstappen starting on the hard compounds.

Although he fell to seventh at the start, Hamilton’s pace was competitive on his medium tyres and he pitted on Lap 27 for hards, before Norris – who had scored a sensational first pole on Saturday and duelled with Sainz early in the race – and once the pitstop sequences had finished by Lap 38 it was Norris leading a rapid Hamilton. The pair were just one second part in the closing stages. And then the rain hit.

Verstappen was assured a top five finish before the rain fell, but a calculated switch to brand new inters helped him clinch P2 from last on the grid, ensuring that even in the most eventful race, he could secure a podium – albeit 53 seconds off his rival Hamilton.

Sainz completed the podium for Ferrari, having gained the lead at the start and pitted earlier than his rivals to stay in the hunt before a pitch-perfect switch to used intermediates. In fourth was Daniel Ricciardo, the Australian up to P2 before pitting on Lap 23, his late-race pace proving enough to beat Mercedes’ Bottas. The Finn’s hopes of a top-five finish seemed slim as he was running in 14th before the rain came, but he rallied in the wet after a Lap 47 stop for inters, to pull of a fortunate recovery to P5 from P17. – www.formula1.com

“I made a mistake in the pit lane and I’m incredibly disappointed with that. Up until then, I was in the groove, I was in the zone and I am really sorry for all the team that are here and back at the factory because obviously that’s not what you expect from a champion. It is what it is, and I’ll do my best tomorrow to try and rectify it. At the end, it was so slippery when you don’t have any temperature and without the time for that second push lap, we couldn’t set the time of the guys ahead.

Those cars up front have got good pace and it definitely won’t be easy tomorrow. I’m just going to say my prayers and hope that our car can be fixed to be OK for tomorrow. These things are sent to try us, and as much as I feel terrible right now, I’ll turn it into a positive and try to do the best we can. But we’ve got a Brit on pole which is great, so congrats to Lando,” Hamilton said.

Added Verstappen: “Wow, we will definitely take that result! Of course, to come from last to second is very good and when I woke up this morning I definitely didn’t expect this result. To finish where we did with the penalty we had, we didn’t lose as many points as we could have so as a Team we did a really good job. It was a crucial call to change to the inters, it was really slippery on track and we made a great decision with the timing and took the right lap to pit. A lot of things can happen when you’re starting from the back of the grid, especially on the first lap when other cars are fighting each other, but we stayed out of trouble, kept it clean, and managed our race very well. The race itself was not very easy, it was difficult to pass other cars and once you got stuck it was easy to damage your tyres but luckily in the end the rain helped us make the last jump in positions.”