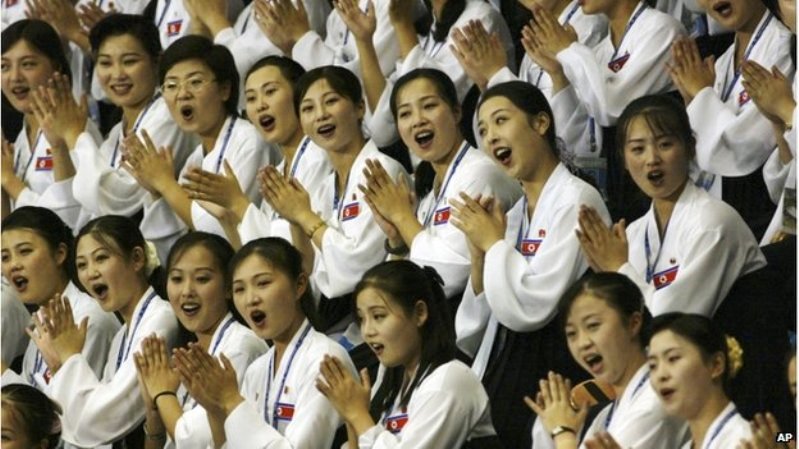 South Korea expressed regret Friday over North Korea’s “unilateral” withdrawal of its proposal to send cheerleaders to accompany its athletes at next month’s Asian Games.

He said Seoul would not send an official request again for the dispatch of North Korean cheerleaders.

“There is no change in our basic position that we will welcome North Korean cheerleaders… but we will respect their decision,” he said.

Lim refuted accusations by Son Kwang-Ho, vice head of the North’s Olympic Committee, that Seoul was not happy with the dispatch of North Korean cheerleaders.

“As the south side is displeased with the dispatch of our cheerleading squad, we decided not to send it to the 17th Asian Games,” Son said late Tuesday in a statement carried by the North’s official Korean Central News Agency.

Son accused Seoul of treating North Korean cheerleaders as a political propaganda tool aimed at creating discord in the South.

But he did not retract the North’s plan to dispatch athletes and sports officials to the September 19-October 4 Games, Asia’s biggest sporting event, in the South’s western port of Incheon.

Initially North Korea had planned to send 350 cheerleaders to Incheon.

But Pyongyang officials walked out of a meeting last month, reportedly after Seoul proposed breaking with its custom of financially supporting sports teams visiting from the North.

Tensions have been high between the two countries after the North carried out an extended series of rocket and missile launches.