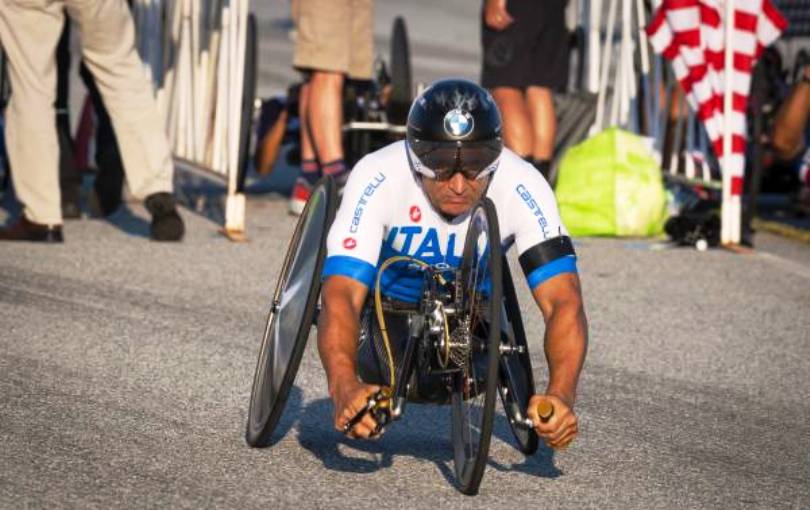 BMW works driver Alessandro Zanardi (IT) has made a perfect start to the UCI Para-cycling World Championships in Greenville (US). The 47-year-old won the gold medal on his handcycle with the Italian relay team. Zanardi and his team-mates Vittorio Podesta (IT) and Luca Mazzone (IT) completed the nine laps of the 2.5-kilometre circuit at the BMW Performance Center in 34:12.8 minutes, covering a total distance of 22.5 kilometres in the process.

They crossed the finish line about 40 seconds ahead of the USA team in second place. The bronze medal went to the Swiss relay team.

“That was a fantastic start to the World Championship weekend,” said Zanardi. “We were involved in a tough battle with the USA at the start of the race. We had a few technical problems at first, but it became clear to us at the end of the second stint that we had the upper hand over them. After that it was all about not making any mistakes or losing time unnecessarily. I have a big smile on my face now. Hopefully that will stay there until the end of the championships.”

Zanardi’s mission over the coming days is to defend his titles. He goes into the individual time trial in the MH5 (men’s handcycle) category on Saturday, and Monday’s MH5 road race as the reigning World Champion, a title Zanardi is determined to hang on to.