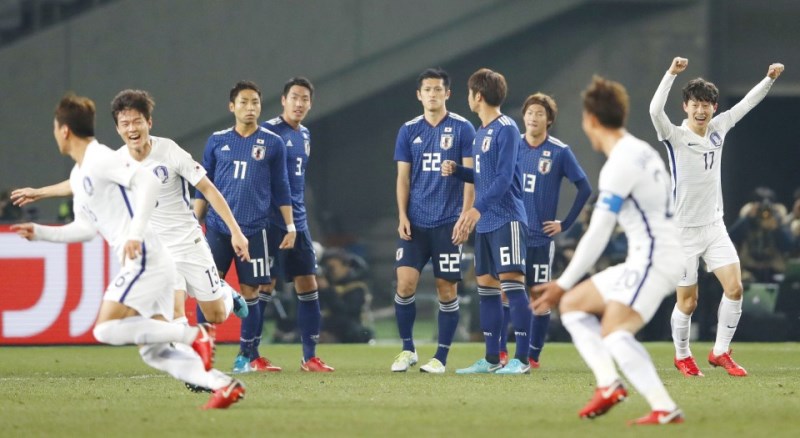 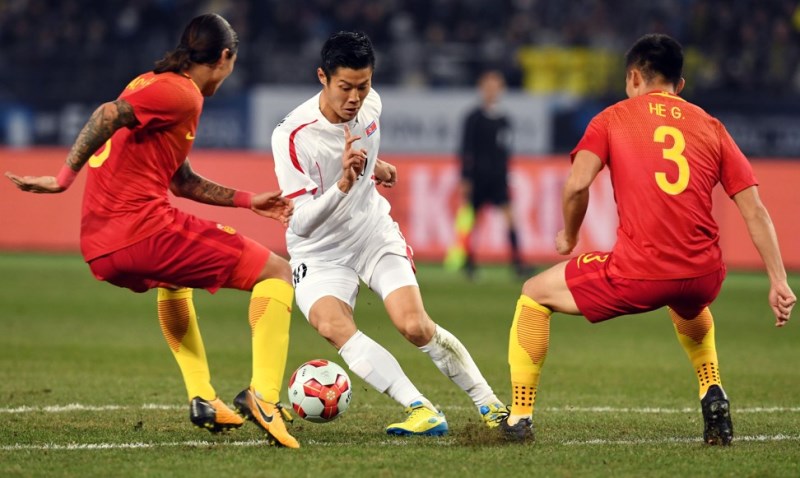 Earlier, forward Jong Il-Gwan scored with a delicious free kick as North Korea salvaged a measure of pride by drawing 1-1 with China.

Hosts Japan only needed to avoid defeat against South Korea after taking six points from their opening two games but failed to deliver when it counted.

The Blue Samurai, who like the Koreans have qualified for next year’s World Cup in Russia, got off to a flying start when striker Yu Kobayashi converted a penalty after just three minutes.

But the towering Kim headed the equaliser 10 minutes later, before Jung Woo-Young slammed home a superb free kick midway through the first half.

Kim profited from some abject Japanese defending to extend South Korea’s lead with a low left-foot shot 10 minutes before the break.

Missing the likes of Tottenham forward Son Heung-Min against a Japan side also without their Europe-based regulars, the Koreans were gifted a fourth via a Kobayashi own goal after the interval and should really have added more.

The North Koreans were beaten 1-0 by Japan and South Korea in their opening two matches — both played against the backdrop of souring political relations following Pyongyang’s recent missile launches.

They looked to be heading for another defeat against Marcello Lippi’s China after Wei Shihao swept home a Zhang Wenzhao cross after 28 minutes.

But Jong equalised 10 minutes from time when he curled home a free kick from the edge of the box that Lionel Messi would have been proud of, sparking wild celebrations on the North Korea bench and from several hundred pro-Pyongyang ethnic Koreans in the crowd.

Despite United Nations sanctions against North Korea over its nuclear weapons programme, their footballers were allowed to compete in the tournament after the Japanese government waived travel restrictions.

The biennial East Asian tournament was first held in 2003 when South Korea won it for the first time, a year after reaching the semi-finals of the World Cup as co-hosts with Japan. – Agence France-Presse