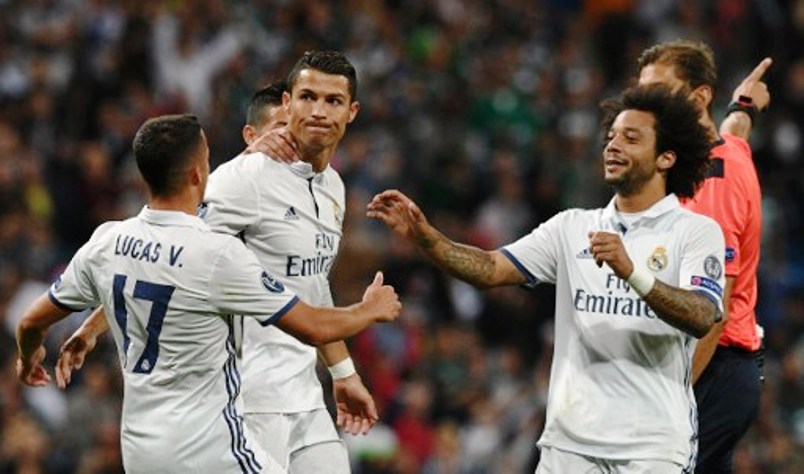 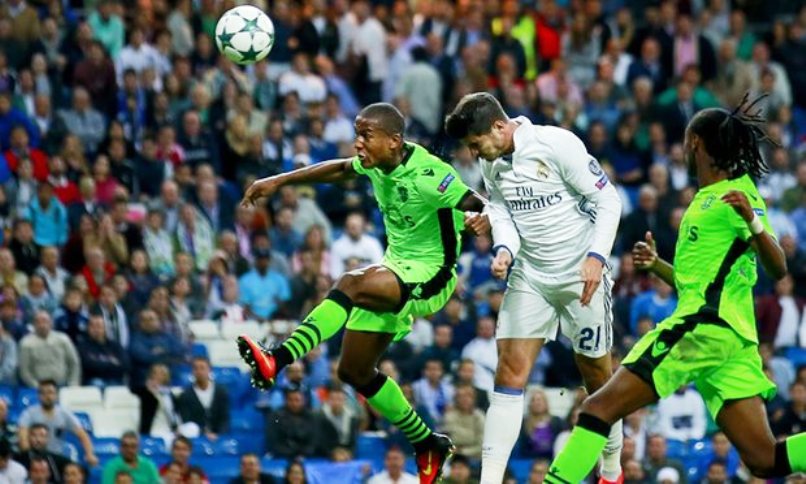 Cristiano Ronaldo warned Real Madrid will be punished if they don’t improve on their performance in an edgy 2-1 win over Sporting Lisbon to start their Champions League defence.

Alvaro Morata headed home the winner four minutes into stoppage time at the Santiago Bernabeu on Wednesday after an 89th minute Ronaldo free-kick had cancelled out Bruno Cesar’s opener for Sporting.

“It is a warning that in the coming games we can’t start so softly because if we do they can make a fool of us,” Ronaldo told BeIN Sports.

Ronaldo refused to celebrate his goal against the side where he began his career and he raised his hands almost apologetically towards the thousands of Sporting fans who made the trip to Madrid and gave him a rousing reception before kick-off.

“It was an important goal. The game was almost over, there was a minute to go, but we were playing against a team that didn’t surprise me,” added Ronaldo.

“They wanted to play well and make life difficult for us.

“For me it is a privilege to know that the people still have this love for me.

“At the moment I am happy at Real Madrid and as I have said I want to finish my career here because it is the club that is in my heart right now.”

Madrid coach Zinedine Zidane praised his side’s effort and belief to fight their way back into the match despite being surprisingly outplayed for the opening hour.

“We are Real Madrid so every game is going to be difficult because teams want to come here and cause us problems,” said the Frenchman.

“We never gave up. The effort was tremendous.

“We are not going to win every game 5-0. Today we had to suffer, but we got the three points.”

Zidane had a huge role to play in Real’s fightback as he took the brave decision to sacrifice stars Gareth Bale, Karim Benzema and Toni Kroos when trailing for Lucas Vazquez, Morata and James Rodriguez respectively.

And it was from a Rodriguez cross that Morata rose highest to power home the winner with the last action of the game.

“I have a lot of players that can make the difference,” added Zidane.

“Not all coaches have the same resources, so I am lucky.”

By contrast, Sporting coach Jorge Jesus was furious after he was sent off from the touchline by Italian referee Paolo Tagliavento with his side leading 1-0.

“Real Madrid players were talking to the referee and nothing happened to them so I thought it was ok if I did the same thing,” said a disgruntled Jesus.

“I don’t know if we would have lost if I was on the bench until the end of the match.”

And Jesus hailed Ronaldo as the best player in the world after inspiring a late reaction from the 11-time European champions.

“We had 85 minutes with great tactical discipline and positional rigour. Madrid had few chances and then scored with Ronaldo’s free kick,” Jesus added.

“Cristiano’s goal was a great goal. He is the best player in the world.

“This is why they are champions of Europe, they turned the game in two minutes.

“They have such a strong identity, they know until the end they can turn the game around and they finally did it.” – Agence France-Presse