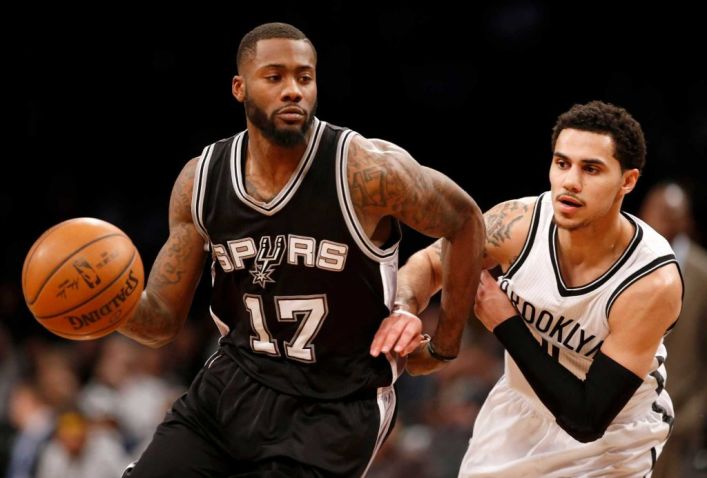 Forward LaMarcus Aldridge tallied 25 points and 11 rebounds as San Antonio matched the best start in franchise history with a 106-79 rout of Brooklyn on Monday.

The Spurs improved to 33-6, matching the team’s best 39-game start, a mark set during the 2010-11 season. San Antonio also posted its league-leading 14th win by at least 20 points while stretching its winning streak to eight games.

Aldridge shot 12-for-17 from the field and posted his 12th double-double. He had his 10th game with at least 20 points and was the Spurs’ leading scorer for the 11th time.

“I like him,” San Antonio coach Gregg Popovich said of Marjanovic. “He’s really an intelligent player. He’s hard-working and just learning. So every minute he gets really helps him develop.”

Interim coach Tony Brown was making his debut with the Nets, one day after the sacking of coach Lionel Hollins.

Brooklyn missed 10-of-12 three-point attempts and had 19 turnovers, leading to 30 San Antonio points.

The Spurs led 77-56 at the end of the third quarter. The Nets scored the first six points of the fourth to get within 77-62. Two minutes later, San Antonio stretched the lead to 87-62 as Leonard sandwiched a pair of three-pointers around a jump shot by Aldridge.

San Antonio led by double digits over the final 18 minutes.

Elsewhere, the Washington Wizards had no trouble beating the Chicago Bulls 114-100, despite missing several players due to injuries.

The Wizards won their second straight game by getting points from 10 players, including seven who finished in double figures.

Ramon Sessions had 16 points, Gary Neal added 11 points and Drew Gooden finished with 10 points and 12 rebounds, all off the bench.

The Bulls lost consecutive games for the first time since a three-game losing streak in December. – Agence France-Presse