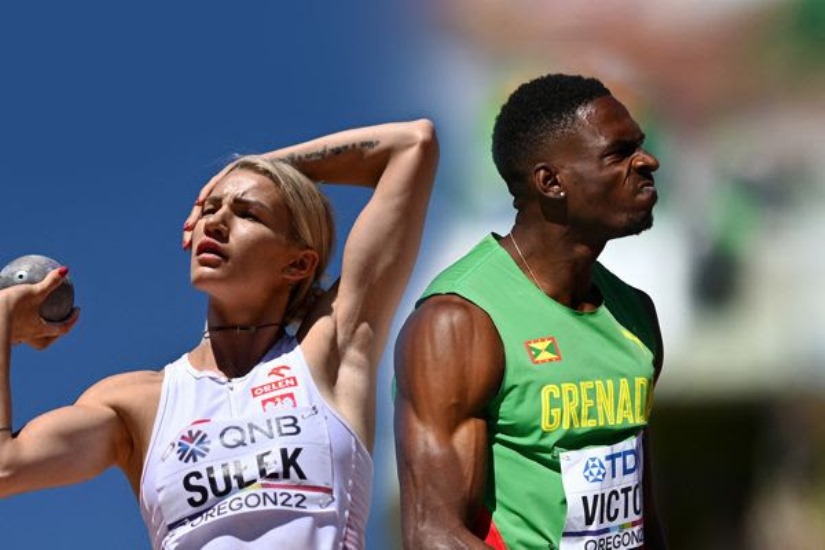 Poland’s Adrianna Sulek and Grenada’s Lindon Victor are the winners of the 2022 World Athletics Combined Events Tour, rewarding their season-long consistency in the heptathlon and decathlon respectively.

The Combined Events Tour, which this year replaced the former Combined Events Challenge, takes athletes’ best three marks across the series and converts them into performance scores (as also used by the world rankings system).

Winners of the Combined Events Tour receive a wildcard entry for the World Athletics Championships Budapest 23, as well as a US$30,000 bonus.

The top five at the end of the season are:

Sulek enjoyed a breakthrough year in 2022, which began with her silver medal at the World Indoor Championships Belgrade 22. That strong form continued outdoors on the Combined Events Tour, starting with her victory on home soil in Bydgoszcz at the Wiesław Czapiewski Memorial, the newest addition to the Gold level meetings on the tour, and a meeting that is named in memory of her former coach.

Just two weeks later, Sulek smashed her PB to finish second at the prestigious Hypo Meeting in Götzis, scoring 6429. That remained her PB until the World Athletics Championships Oregon22, where she scored 6672. Although she narrowly missed out on a medal, ultimately placing fourth, she found consolation in the fact that she broke the long-standing Polish record.

Sulek ended her season by taking silver at the European Championships with 6532 – her fourth heptathlon this year in which she has exceeded 6400 points.

Annik Kalin finished second in the series, following a great season for the Swiss all-rounder. She won at the Multistars meeting in Grosseto with a national record of 6398. She went on to break that with her sixth-place finish at the World Championships (6464) and with her bronze medal at the European Championships (6515).

Emma Oosterwegel finished third in the series, having placed fifth in Götzis (6265), seventh at the World Championships (6440) and joint first in Talence (6233).

Victor had a similarly high quality and consistent season. Like Sulek, Victor started the year by setting a national indoor record at the World Indoor Championships, scoring 6029. His first decathlon of the season was in Götzis, where he finished second with 8447. He improved on that season’s best when finishing fifth at the World Championships with 8474, his best score and placing at a global championships.

Just two weeks later he struck gold at the Commonwealth Games in Birmingham, but that event is not part of the Combined Events Tour, so he needed one more performance within the series. He headed to the Decastar meeting in Talence and not only won, but he broke his own national record in the process, scoring 8550.

That was enough to move him to the top of the tour leader board with 3608 points, ahead of Switzerland’s Simon Ehammer and Sweden’s Marcus Nilsson.

Nilsson won in Arona (8115), while his fourth-place finishes in Ratingen (7927) and at the European Championships (8327) contributed to his third-place finish in the overall standings.