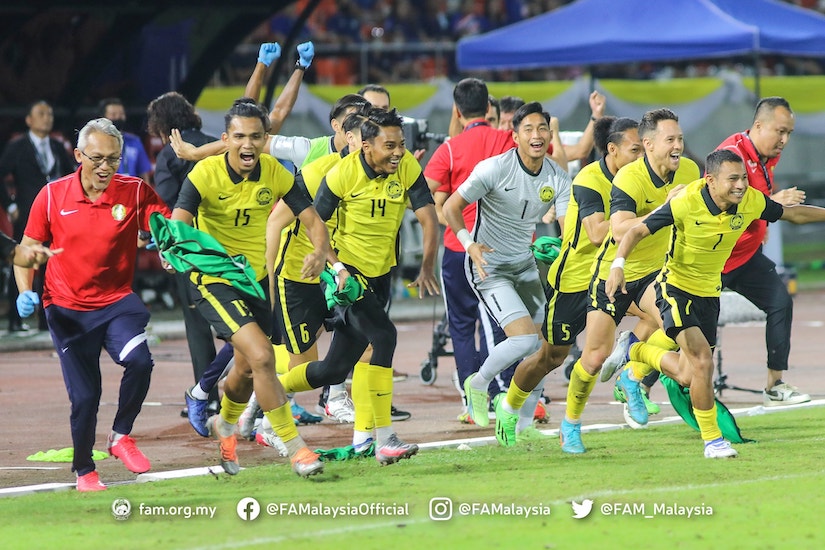 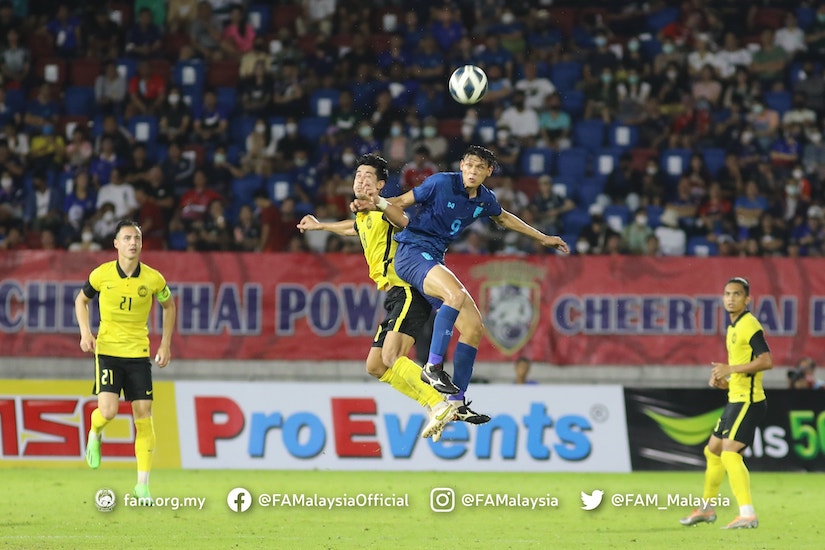 Malaysia made the final of the 48th King’s Cup in thrilling fashion last night when they dumped host Thailand 5-3 in the penalty shootout at the 700th Anniversary Stadium of Chiang Mai.

After a series of sustained pressure, Malaysia finally broke the deadlock in the 32nd minute when La’Vere Corbin-Ong latched on to the cross from Muhammad Safawi Rasid for the lead.

But just when Malaysia thought they had the game in the bag, a well-placed Pansa Hemviboon’s header late in the game gave Thailand the hard-fought equaliser as the match then went into the penalty shootout.

Goalkeeper Ahmad Syihan Hazmi Mohamed then denied the penalty attempt from Supachok Sarachat to give Harimau Malaya the 5-3 win and their place in the final where they will take on Tajikistan.