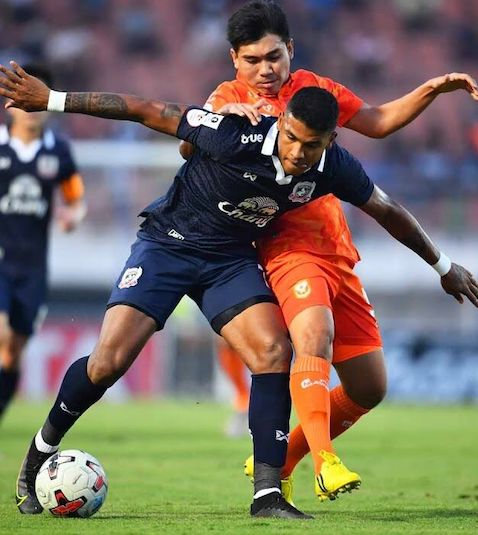 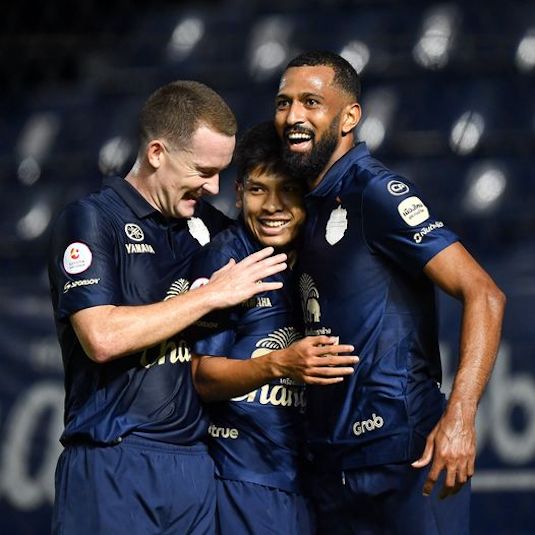 Suphanburi FC avoided relegation when they edged nearest rival Sukhothai FC 1-0 in the final game of the season as Buriram United take the runners-up in the 2020/21 Toyota Thai League 1 this week.

Both Suphanburi and Sukhothai put up an all-attacking display right from the start, knowing full well that their survival in the top-flight was at stake.

And after several close encounters and even a disallowed goal, it was Suphanburi who nailed what was the winning goal in the 78th minute when Leandro Assumpcao nodded in the cross from the right.

The win moved Suphanburi up to 13th as Sukhothai moved down to 14th where alongside Trat FC and Rayong FC, will play in the lower Thai League 2 next season.

In the meantime, Buriram, who had already confirmed their position as the second-best team this season behind runaway champions BG Pathum United, had little difficulty disposing Police Tero 2-0 at home at the Thunder Castle.

Two quick goals from Maicon (27th and 30th minute) were enough for Buriram to complete the season with 63 points as Port FC had to be content with the third spot with 56 points. 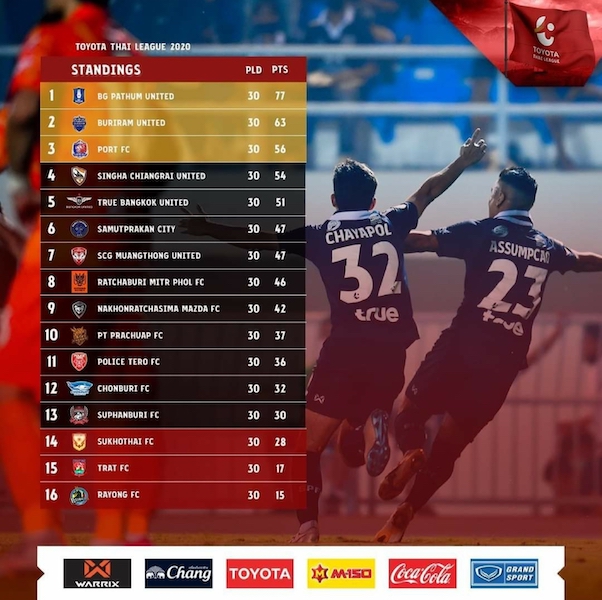