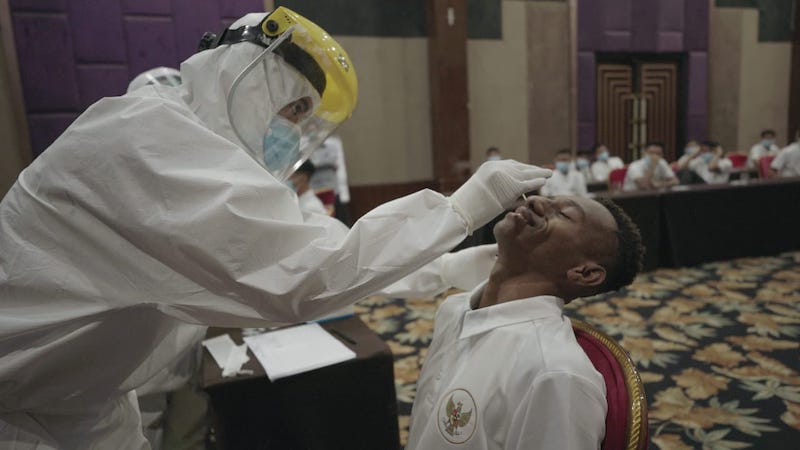 With the AFC Under-16 Championship months away, the Indonesian squad followed up the start of centralised training this week with a swab test that was conducted in Bekasi.

The test was carried out by medical personnel from the Royal Progress Hospital in Jakarta with the cooperation from the FA of Indonesia (PSSI).

Indonesia and Australia are the only two representatives from ASEAN for the AFC U16 Championship scheduled for 25 November to 12 December 2020 in Bahrain.

The swab test was a follow up from the rapid test that were conducted on all players and officials last month to make sure that they all COVID-19 free.

“The tests are all part of the health protocol that has been set by PSSI. This is to make sure that we maintain a high level of cleanliness considering that the country is still struggling with COVID-19,” said PSSI doctor Syarif Alwi.

“All players and players have to follow the protocol of wearing masks, maintaining social distancing when they are dining or on the bus. And also using gloves while training and washing their hands often.”

A total of 26 players are currently in the camp which starts this week and ends on 29 July 2020.

The team under Bima Sakti has been placed in Group D of the AFC U16 Championship against Japan, Saudi Arabia and China PR.