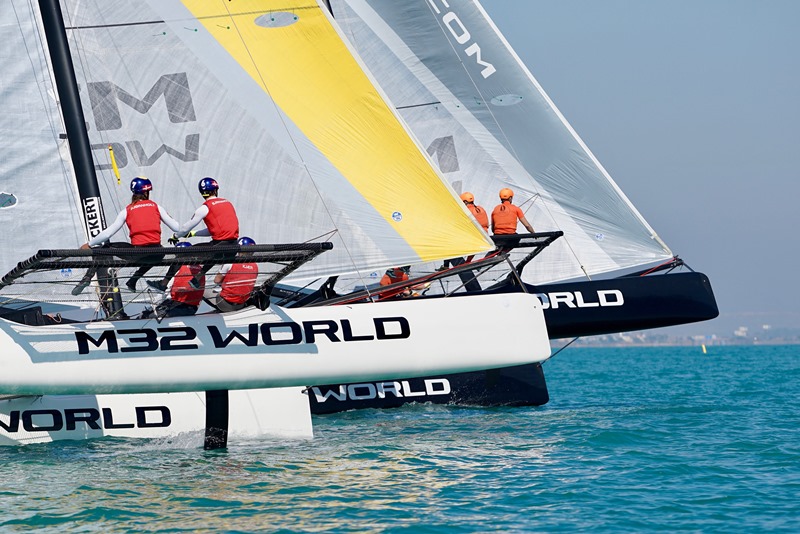 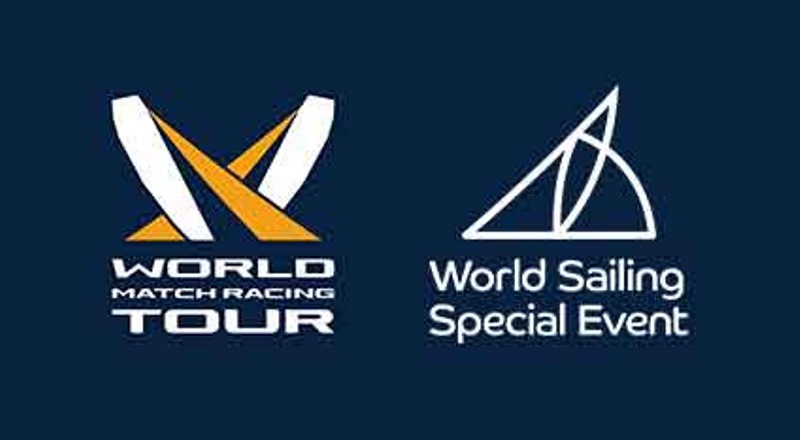 With 8 teams registered for the Valencia Match Cup and a fully stacked 10 entry lineup for Malvarrosa Match Cup, both WMRT regulars mixed in with new special guests, the Valencia WMRT double-header was set to provide an action filled start to the 2018 match racing season.

Valencia Match Cup, running 20-22nd February, began in style with 15-20 knot breeze in a good swell, catching some of the less experienced teams out by testing boat handling skills in these tough conditions, up against strong competition.

The hugely experienced catamaran racer, Arnaud Psarofaghis with his team Alinghi, progressed through he Round Robin Qualifying stage and into the Semi Final stage at their first M32 era WMRT event. As early leaders, winning the Round Robin series unbeaten, the team picked Daniel Bjørnholt’s Youth Vikings Denmark to face in the Semis. Although finishing lower down the leaderboard after the initial stages, Bjørnholt proved himself at the WMRT Miami qualifiers last spring and this experience helped him to get past Psarofaghis in an enthralling 3-2 victory over the Swiss which secured himself a place in the final and the all important qualification spot to a Championship level event.

The other side of the draw saw an all-Swedish affair as Nicklas Dackhammar with his Essiq Racing Team took on fellow Gothenburg rival Måns Holmberg of Holmberg Racing Team.

The battle of Scandinavia was set for a final with Dackhammar flying the flag for Sweden and Bjørnholt for Denmark. Due to a lack of time the final was shortened to a sudden death, one-race-take-all to decide the winner. In the end it was Dackhammar who showed his experience on the Tour and in the M32 and took the race, winning the Valencia Match Cup.

Up next was the three day Malvarrosa Match Cup – take two for some teams who used the first three days as a warm up. Polish Team Delphia Sailing Team left the group and made way for 3 new entries – Denmark’s Jonas Warrer, Sweden’s Johnie Berntsson and The Netherland’s Pieter-Jan Postma.

The wind played its part in helping competitors to enjoy some R and R during the Malvarrosa Match Cup, as morning conditions were too light to sail allowing sailors to soak up the atmosphere in the harbour town of Valencia. But once the afternoon sea breeze developed, teams were greeted by a solid racing session that ran well into the evening, firing off around 15-20 races each day.

By the end of the Round Robin Qualifying stage it was Johnie Berntsson who had the clear lead, losing just one match to fellow countryman Måns Holmberg. However behind Berntsson the pack was tight with five teams of Dackhammar, Warrer, Holmberg, Psarofaghis and Kling all within a shot of progressing to the Semi Final stage.

A four-way tie on six points for the three spots remaining in the Semi Final stage was settled by the umpires in the final race of the Round Robin as Psarofaghis was docked 0.5 penalty points for his collision running into the stern of USA’s Markus Edegran.

With this deduction the Swiss were out of the running and left Måns Holmberg, Nicklas Dackhammar and Jonas Warrer to join Berntsson in the final four.

Berntsson, surprisingly, chose the more experienced Jonas Warrer to face in the Semi Finals. After winning the first match, Berntsson’s choice looked to be a good one, however the dreaded Danes were back and went on to win the subsequent three matches to take them to the final, and secure the all important place in the Championship level season.

Hungry for revenge after his Semi Final stage defeat just three days earlier, Måns Holmberg had his chance to turn the tables and this time knocked Nicklas Dackhammar out of the competition to join Warrer in the final, setting up a second Danish-Swedish battle and settling the Gothenburg rivalry to one-a-piece.

In a first-to-one point final, both teams kept it very close around the race course. In a high-risk move on the final upwind leg, Holmberg threw everything he had and forced a dial down, resulting in inflicting a penalty on Warrer, handing the race to the Swede with just one leg to go.

Holmberg cruised to victory at the Malvarrosa Match Cup, leaving both himself and Nicklas Dackhammar as the favourites for the start of the 2018 season. Perhaps they were aided by the surprisingly cool winds sweeping Valencia to make them feel at home, but these two young Gothenburg teams both showed strong match racing prowess over the six days of racing in Valencia and set themselves up as strong contenders for the new season ahead.