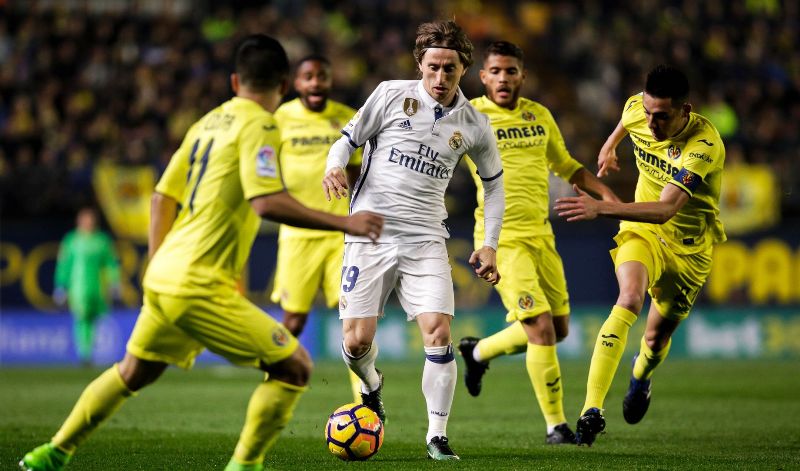 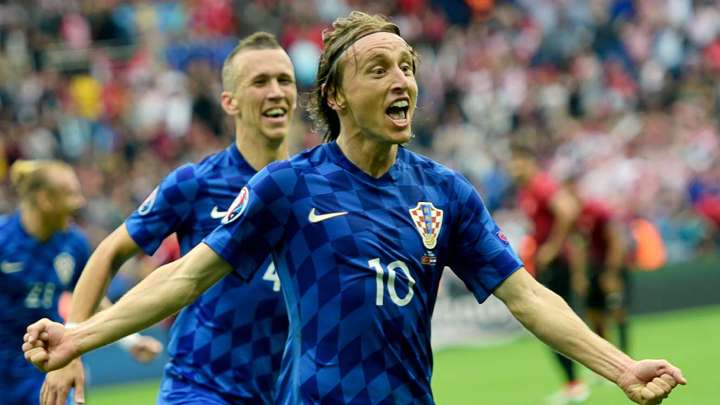 Croatia will hope Real Madrid star Luka Modric can carry the nation to the World Cup finals as they go into the first leg of a tricky play-off with Greece on Thursday.

The 32-year-old captain has faced a tumultuous year, with his shining reputation tarnished by a scandal in June over allegedly false testimony he gave at a major corruption trial.

But anger from the fans appeared to be swiftly forgotten after his brilliant performance in the 2-0 victory against Ukraine in Kiev in October, which secured Croatia a play-off place.

The national team now hopes the midfielder will be at his best to help them beat the 2004 European champions and secure a place in the tournament in Russia.

Modric is the biggest star Croatia has produced since 1998, when they surprisingly reached the World Cup semi-finals, losing to eventual winners France.

In October, Modric was named, for the third time, to the FIFA FIFPro team selected by thousands of professional players. In 2015, he became the first Croatian voted on to the FIFPro XI.

Modric grew up during Croatia’s 1990s independence war as a refugee in Zadar on the Adriatic coast. There he played football in the corridors of a hotel-turned-shelter and in its parking lot, as the city was shelled.

His talent was spotted by a scout for NK Zadar and Modric joined the club.

Modric left for Dinamo Zagreb in 2000 and then joined English club Tottenham Hotspur in 2008.

He was the subject of bids from a host of big European clubs before joining Real Madrid in 2012.

Modric was highly popular in Croatia until he testified in the multi-million-euro corruption trial of former Dinamo Zagreb boss Zdravko Mamic.

Mamic, considered the most powerful man in Croatian football, is accused — along with his brother Zoran Mamic and two others — of abuse of power and corruption.

They allegedly deprived the former Croatian champions of more than 15 million euros ($17.4 million), and the state of 1.5 million euros.

Cash was allegedly embezzled through fictitious deals related to player transfers, including Modric’s to Tottenham.

While testifying, Modric was visibly uncomfortable and confused, unable to even remember the year he made his debut for the national squad.

After prosecutors said his statement differed from the one he gave during investigations in 2015, Modric went from being a witness to a suspect.

He is being probed over alleged false testimony, which is punishable by up to five years in jail.

The prosecutors accuse Modric of wrongly saying that he had signed an annex to a contract with Dinamo, over conditions for future transfers, in July 2004.

During earlier questioning, the player said that the annex was signed after he had joined Tottenham.

Modric’s testimony infuriated many Croatian fans as it could undermine the charges against Mamic, who they believe has abused football for personal gain.

Fans criticised Modric on social media, calling him “Mamic’s puppet”, while some even wanted him kicked off the Croatian squad.

“My conscience is clear,” the star told reporters in July.

“I’m certain that eventually it will be shown that I did not commit any criminal act.”

Modric told Spanish sports daily Marca in July that people were criticising him “without really knowing how things are”, although he appeared to be forgiven — at least for now — after the Kiev match.

Ahead of Friday’s contest, Modric said: “We have confidence but also a difficult rival” in Greece.

If Croatia qualifies it would be Modric’s sixth tournament. He has played in two World Cups and three European championships, including France 2016.

Modric has been capped 101 times by Croatia and scored 11 goals.

He took over as captain from Shakhtar midfielder Darijo Srna last year.

Croatia is at home in the first leg of the playoff, which will be played at the Zagreb Maksimir stadium. The return fixture is on November 12 in Piraeus.

The football federations of the two countries have agreed that, for security reasons, both matches will be played without visiting fans.-Agence France-Presse