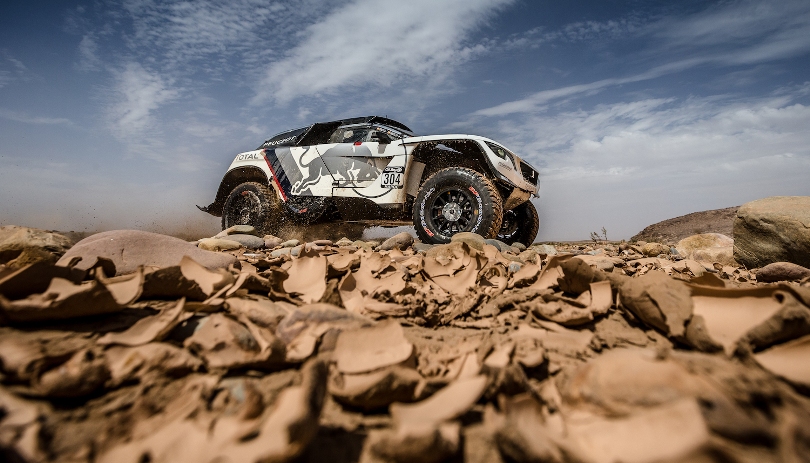 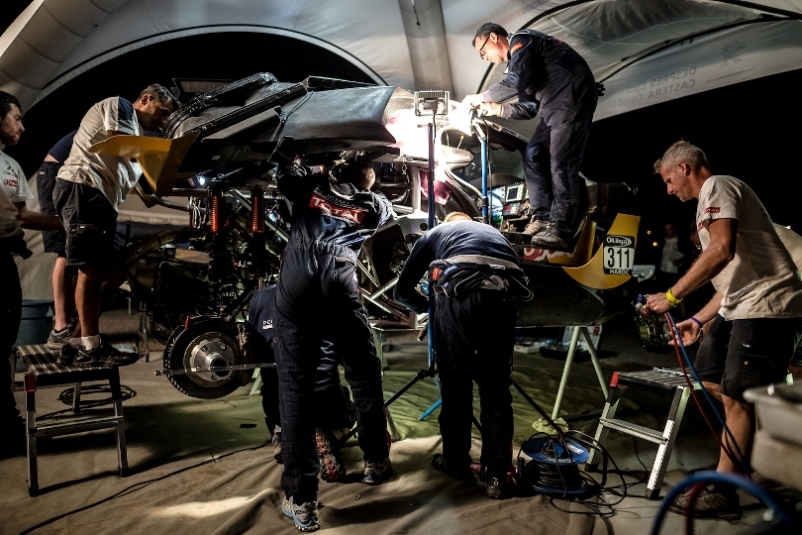 Peugeot Sport’s mechanics and engineers spent much of last night working to repair the PEUGEOT 2008 DKR of Cyril DESPRES / David CASTERA which had been damaged in a series of rolls on Monday.

The team’s first class efforts enabled Team Peugeot Total’s French crew to line up for Leg 2’s early start this morning after being handed a 100-hour time penalty* for having failed to complete Leg 1.

The programme of the first part of the week’s marathon stage featured a total distance of 540km, including 291km against the clock. At the end of the section, the vehicles went straight into overnight parc ferme, without servicing, ahead of Wednesday’s test, the longest of the event.

Carlos SAINZ / Lucas CRUZ started at a fast pace and demonstrated the potential of the new PEUGEOT 3008 DKR by taking the lead at PC1 (Km105). However, a navigational error towards the end of the stage saw them loose 15m22s. They were eventually accredited with the sixth-fastest time and are fourth overall tonight.

Cyril DESPRES / David CASTERA were ninth after a faultless run today. An unfavourable start order meant they spent the majority of the day running in dust thrown up by cars running ahead of them.

Bruno FAMIN (Director, Peugeot Sport / Manager Team Peugeot Total)
“We came to Morocco to be challenged and that’s what we got today. It’s just the sort of event we need to prepare for the 2017 Dakar! The PEUGEOT 3008 DKR hasn’t suffered any technical problems so far and that’s a positive for all those who work on the development team. Carlos fought hard today and showed that he has what it takes to play a front-running role. The important thing is that the car reaches tomorrow evening’s bivouac and that we learn as much as we can. Another positive is the performance of our technical staff who worked all evening and through much of the night to repair Cyril Despres’ PEUGEOT 2008 DKR. They form a solid crew and know what team spirit is all about. Cyril and David were ninth today. It was important for their confidence that they were able to re-join this morning.”