Home 2021 Thailand and Vietnam in Round of 16 in Lithuania 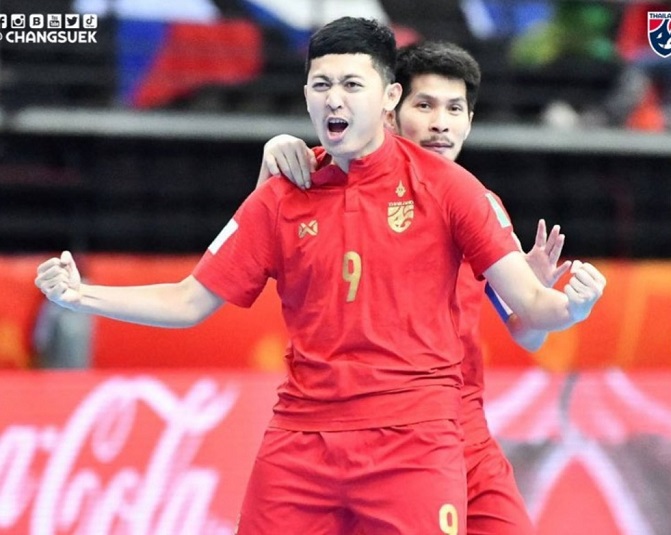 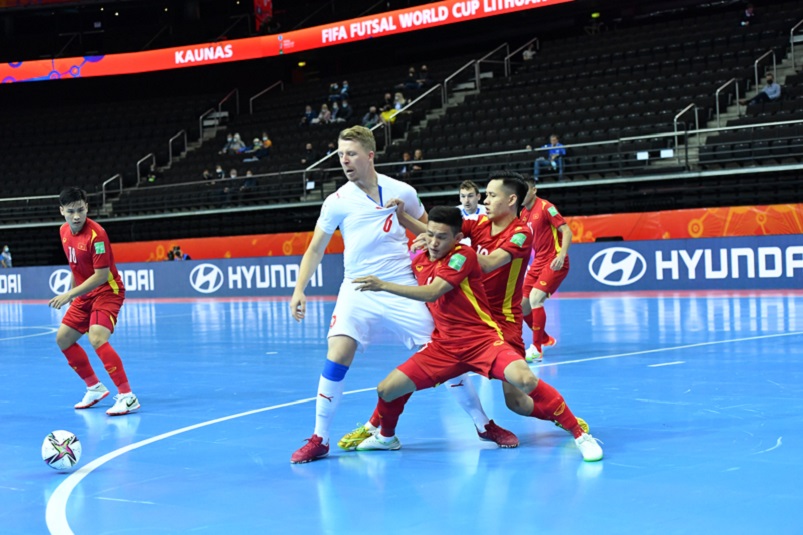 Thailand and Vietnam have made the cut to the Round of 16 in the on-going FIFA Futsal World Cup in Lithuania.

Thailand delivered what was expected of them to demolish the Salomon Islands 9-4 while Vietnam put up a fighting display to hold the Czech Republic 1-1 in their final respective matches of the group stage.

In Group C, Thailand’s Nawin Rattanawongswas fired in the lead after just four minutes as Suphawut Thueanklang then grabbed a hattrick (6th, 32nd and 39th minute) and a double (24th and 34th) from Jetsada Chudech.

The Solomon Islands were on target off Elis Mana in the 15th minute, Elliot Ragomo’s brace (27th minute penalty and 38th) and Marlon Sia (40th).

The full three points alongside the one point Thailand earned from their 1-1 draw against Morocco earlier ensured their passage to the next round.

In Group D, Vietnam put up one of their best game to date to hold the Czech Republic to a 1-1 draw.

And after a first-half deadlocked, it was the enterprising Châu Đoàn Phát who gave Vietnam the lead in the 35th minute.

However, that advantage was to last for less than a minute as Lukas Rešetár then slammed in the equaliser for both teams to share the spoils.

With the one point alongside their win over Panama earlier, it gave Vietnam their well-deserved place in the next round.