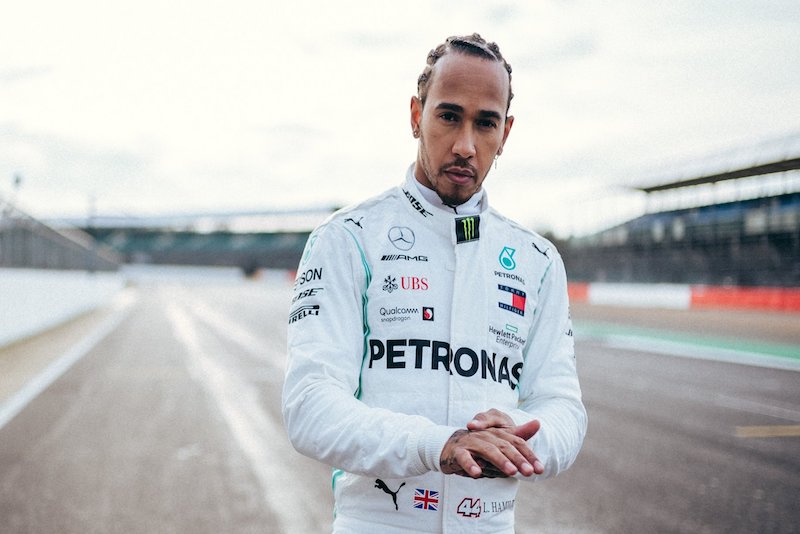 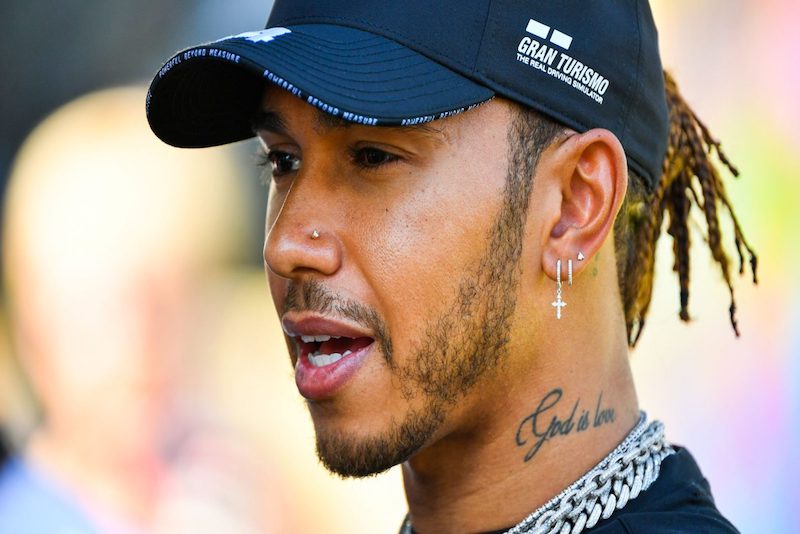 Lewis Hamilton has admitted F1 racing without fans in attendance will feel “very empty,”  ABC33/40 reports. Although the season is set to start in July at the Austrian Grand Prix, spectators won’t attend until it’s safe due to the coronavirus pandemic. “I’m getting messages from people around the world who are struggling […] because they’re not getting to watch sports,” Lewis said.

“It just shows just how significant sport is in people’s lives, it brings us all together.” Indeed, Lewis’ impressive racing has won him fans worldwide. However, his accomplishments off-track — like his commitment to health and fitness and role as tattoo trendsetter and budding fashion icon — give him a unique appeal that only strengthens his loyal fanbase.

Lewis’ artistic side is most clearly demonstrated by the plethora of tattoos all over his body. His tattoos are reminiscent of the new school style — colorful designs inspired by 70s and 80s pop culture.

Most-famously, he has a Tupac-inspired cross with angel wings on his back.

Over his shoulder blades, the words “Still I Rise” are inspired by African-American writer Maya Angelou. His favorite tattoo, however, is the roaring lion’s head on his shoulder and chest. “I feel like I’m a lion at heart… king of the jungle,” Lewis explains. “They’re just ferocious, aggressive, there’s a passion.”

Moreover, numerous fans around the world have in turn gotten tattoos inspired by Lewis. For example, Robert Hogan from Didcot, a dedicated fan since the beginning, recently had Lewis’ face tattooed across his back. “I got it done because me and my son are big fans of his,” Hogan explains. “I’ve always followed F1, since I was little. I’m actually a big fan of them all — but I liked Lewis Hamilton from the beginning from when he was driving go-carts.”

Lewis also encourages his fans to live healthy lifestyles and work on their physical development. He’s clearly gained plenty of muscle this year — especially around his chest and shoulders. He’s reported feeling stronger than he has in a long time. A new training regime including strength-building exercises, as well as the addition of surfing and martial arts, is responsible for his new and improved physique.

“Take care of it, feed your body and your mind with the right ingredients. Health is wealth! If you believe you can’t do something that is just the wrong attitude because you can do anything you put your mind to. You need to develop a positive frame of mind and working out will help you do that and feel better about yourself. I know you can do it, now you need to know it too!!” Lewis wrote on his Instagram.

Lewis Hamilton is undoubtedly a driven and accomplished racer. In fact, he’s almost just as exciting to watch off-track as he is on the track, and fans around the world can’t wait to see what he does next.