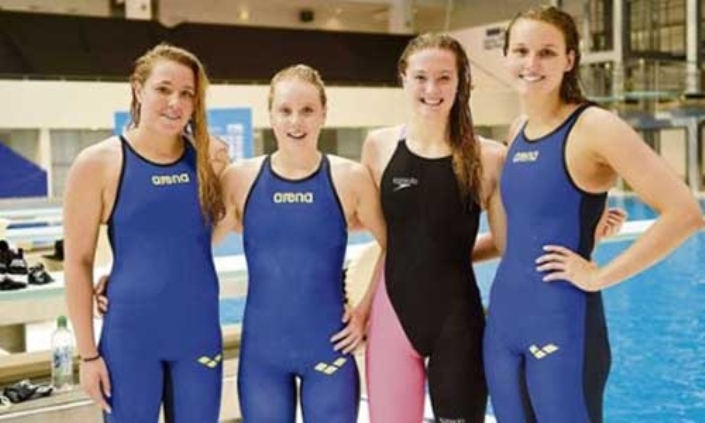 Germany will not have a women’s 4x100m freestyle team at the 2016 Rio de Janeiro Olympic Games with the national head coach complaining their quartet look like ‘thin models’.

The German team of Annika Bruhn (23), Anna Dietterle (19), Helen Scholtissek (19) and Paulina Schmiedel (23), failed to swim the qualifying time for the Olympics at last August’s world championships in Kazan.

The quartet then failed to swim the necessary standard times at last weekend’s national trials in Berlin.

They will now not be allowed a final opportunity to make the Olympic mark at the European championships in London, from May 9-22, with head coach Henning Lambertz insisting: “they have already had enough chances”.

The last time Germany won an Olympic gold in the event was 20 years ago in Atlanta and Australia are the reigning world and Olympic champions.

“They couldn’t swim the times, they clearly lacked the power.

“If they had given a good account of themselves in Berlin, we would have sent them, but they are not competitive.”

“I think it’s unfair to compare our figures with the world’s best, most of whom are five or six years older and at the peak of their careers,” Dietterle told Bild.

Scholtissek says on top of her swimming training, she regularly hits the weights.

“This year, I have spent ten hours in the weights room and slogged away,” the teenager said.

“I am only at the beginning of my career, so, of course, I don’t look like the top stars.” – Agence France-Presse