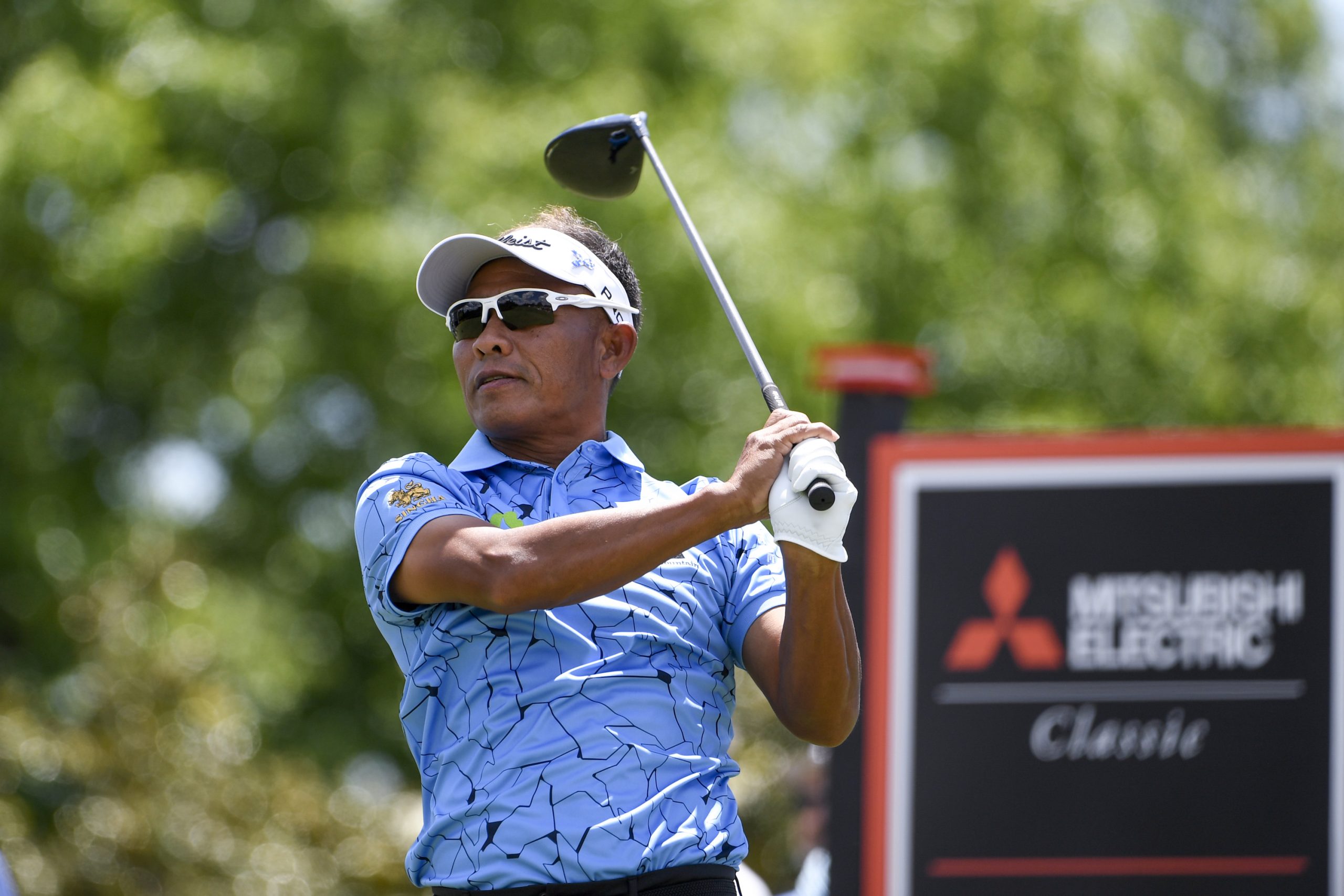 Thongchai Jaidee boarded the dreaded bogey train at the U.S. Senior Open to fall out of contention following a disappointing 5-over 75 on Saturday.

The veteran Thai star had started the third round in a share of fourth place following cards of 69 and 71 at the Omaha Country Club but tough scoring conditions dragged him down the leaderboard. He made three successive bogeys from the third hole and dropped another three shots on his inward nine. Thongchai made his lone birdie on 15.

His 5-over 215 total left him in a share of 36th place, with American Jim Furyk leading the tournament by four strokes on 202.

This week is only Thongchai’s fourth start of the year on PGA TOUR Champions after COVID-19 threw a spanner in his schedule after earning his card by finishing second in Qualifying School in December of 2019. He finished T11 in his last start at the Principal Charity Classic in June and was in the top-30 in two other appearances.

Weather: Mostly cloudy with highs in the low-80s and winds WSW at 5-15 mph

Saturday Schedule: Overnight storms caused the third round to be delayed by three hours to start at 11:15 a.m. (ET) with threesomes off Nos. 1 and 10. Play was suspended on Saturday due to dangerous weather at 2:49 p.m. (ET) and resumed at 5:44 p.m. (ET) after a delay of two hours and 55 minutes.