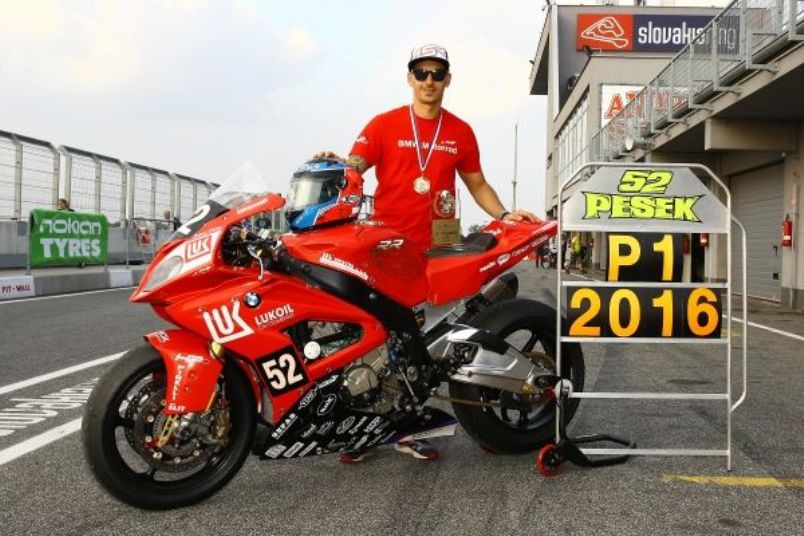 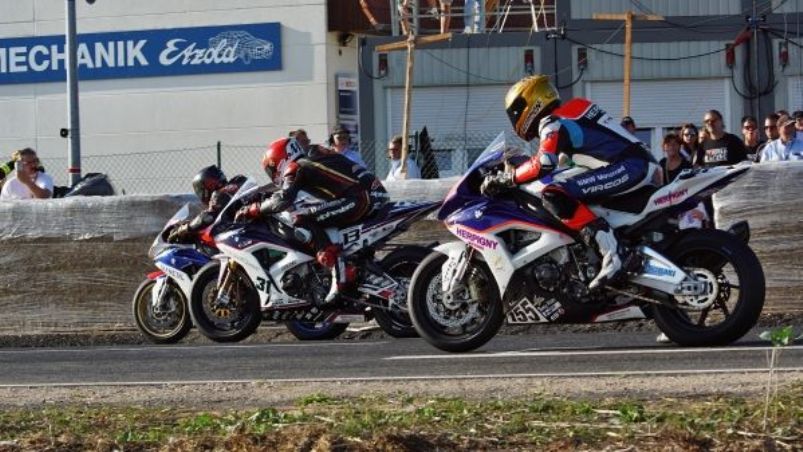 Title wins for Vincent Lonbois, Lukáš Pešek and Benjamin Colliaux in the IRRC, the AARR and the FR EU

The number of title wins for the BMW Motorrad Motorsport community in the 2016 season has risen to seven: last weekend, three more championship crowns were added to the collection. In the International Road Racing Championship (IRRC), Vincent Lonbois (BE) took the title with fellow BMW riders Sébastien Le Grelle (BE) and Didier Grams (DE) finishing the season in second and third overall. Lukáš Pešek (CZ) secured the title in the Superbike class of the Alpe Adria Road Racing Championship (AARR SBK) with a perfect weekend at the Slovakia-Ring (SK).

In Albi (FR), Benjamin Colliaux (FR) was crowned champion in the French European Bikes Championship (FR EU), with Florian Brunet-Lugardon (FR) ending the season as runner-up. In the seven race events they have been in action in this weekend, the BMW S 1000 RR riders claimed eight wins and a total of 19 podiums.

This success includes a top-seven and a top-six lock-out in the IRRC races at the Frohburger Dreieckrennen (DE), a double win for Kenny Foray (FR) in the French Superbike Championship (FSBK) and a top-five lock-out in the FR EU.

For the final round of the 2016 International Road Racing Championship (IRRC), the BMW teams and the experts from BMW Motorrad Motorsport headed to Frohburg (DE), where the last two races of the year were held at the traditional Frohburger Dreieckrennen. With two podium finishes, Vincent Lonbois (BE / Herpigny Motors BMW Motorrad Belux) secured the title win. Second and third in the final championship standings also went to BMW riders: Lonbois’ team-mate Sébastien Le Grelle (BE) is second overall, Didier Grams (DE / G&G Motorsport) follows in third.

Several guest starters joined the array of BMW riders, including British road racers Michael Rutter, Gary Johnson and Danny Webb, all in action for Rico Penzkofer’s (DE) Team penz13.com BMW Motorradsport. The weekend saw fantastic successes for the BMW S 1000 RR, with a top-seven and a top-six lock-out in the two IRRC races. In race one, Rutter took the win and the fastest race lap.

Lonbois and Le Grelle finished second and third on the podium. Places four to seven went to Webb, Marek Cervený (CZ / Wepol – Sapmetal), Johnson and Matti Seidel (DE / MSA Racing by penz13.com). Local hero Grams, a multiple winner of the Dreieckrennen, was also fighting for the victory, but crashed out while in the lead. Rutter also celebrated the win in race two, with Le Grelle and Lonbois crossing the line in second and third.

Most of the BMW riders also took part in the two Superbike/STK1000/Open races of the event, which did not counted towards the IRRC – and they also dominated these encounters. In race one, Rutter, Grams, Le Grelle, Johnson and Webb secured a top-five lock-out for the RR. In the second race, they claimed positions first to six, with Le Grelle winning in front of Lonbois, Rutter, Johnson, Webb and Seidel. 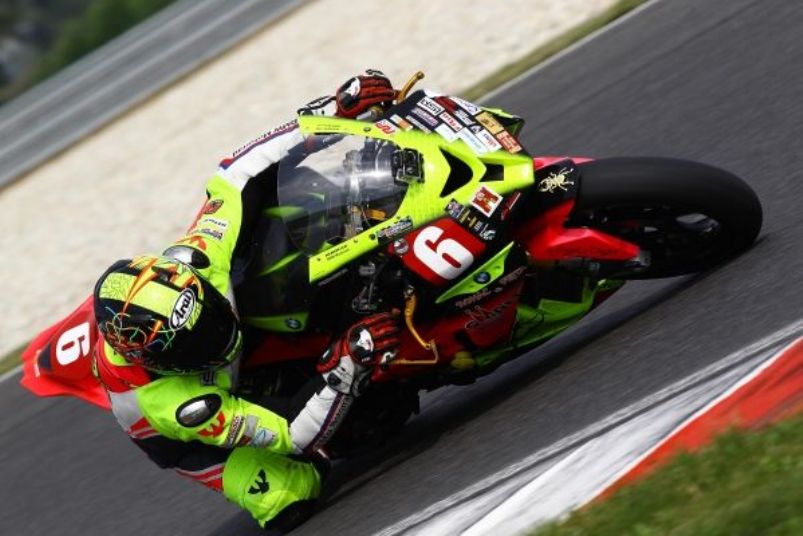 Champion’s honours also in the Alpe Adria Road Racing Championship (AARR): after Michal Prášek (CZ / Rohac and Feijta motoracing team) had celebrated an early title win in the Superstock class (AARR STK) at the penultimate round, the finale at the Slovakia-Ring (SK) saw a BMW rider also being crowned champion in the Superbike class (AARR SBK).

Lukáš Pešek (CZ / BMW Motorrad CSEU) secured the title with a perfect weekend. He started both races from pole position, claimed a double win and also set the fastest lap on both occasions with his BMW S 1000 RR – including a new lap record.

In the Superstock class, champion Prášek rounded off his season with two more podium finishes. He was second on both occasions. In the BMW Motorrad Race Trophy, Prášek improved from seventh to third.

The 2016 season finale of the French Superbike Championship (FSBK) was held in Albi (FR). One man dominated the weekend: Kenny Foray (FR) of the Tecmas Racing Team. He ended the season with a perfect haul. Foray secured both pole positions on his BMW S 1000 RR, was victorious in both races and set the fastest lap in both encounters.

In the championship standings, Foray ended the season second overall. In the Race Trophy, Foray improved from tenth to fifth courtesy of his double win.

The third title win of the weekend came in the French European Bikes Championship (FR). At the finale in Albi (FR), two BMW racers were battling for the title: leader Benjamin Colliaux (FR / Team Cherot Moto Sport) and his closest rival Florian Brunet-Lugardon (FR / Gers Moto Vitesse Ordannaise). Colliaux ended both races on the podium and was crowned champion. Brunet-Lugardon could not catch him, despite a double win, and finished the season as runner-up. 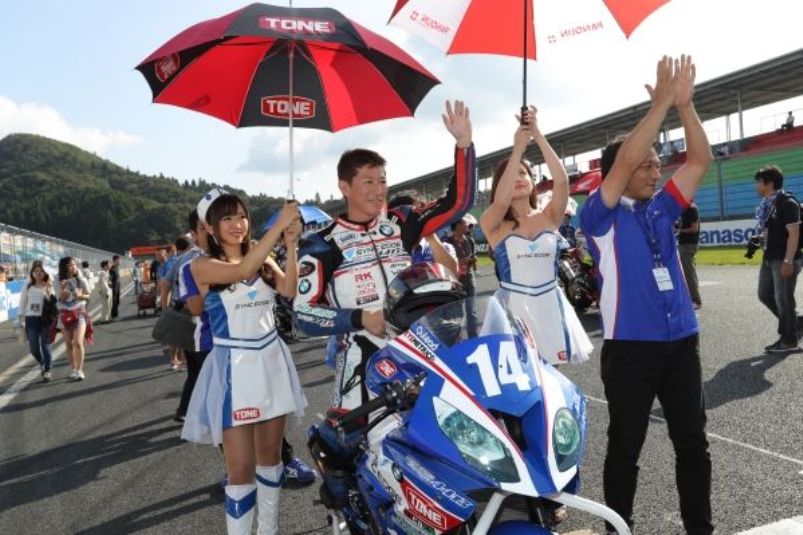 The 2016 season in the MFJ Superbike All Japan Road Race Championship (MFJ) resumed in Okayama (JP) last weekend. Since the events in Autopolis (JP) had to be cancelled due to earthquake damage, two races were held in Okayama. The best BMW positions were claimed by Shinya Takeishi (JP / SYNCEDGE 4413 Racing) and Daisaku Sakai (JP/ Rosetta Motorrad39) with fifth and ninth in the second race.

The BMW S 1000 RR riders were also in action in South Africa at the weekend. The seventh round of the South African SuperGP Champions Trophy (RSA SBK) was held at the Dezzi Raceway, south of Durban (ZA). The best-placed BMW rider was Lance Isaacs (ZA / Lance Isaacs Racing), who finished both races in sixth.