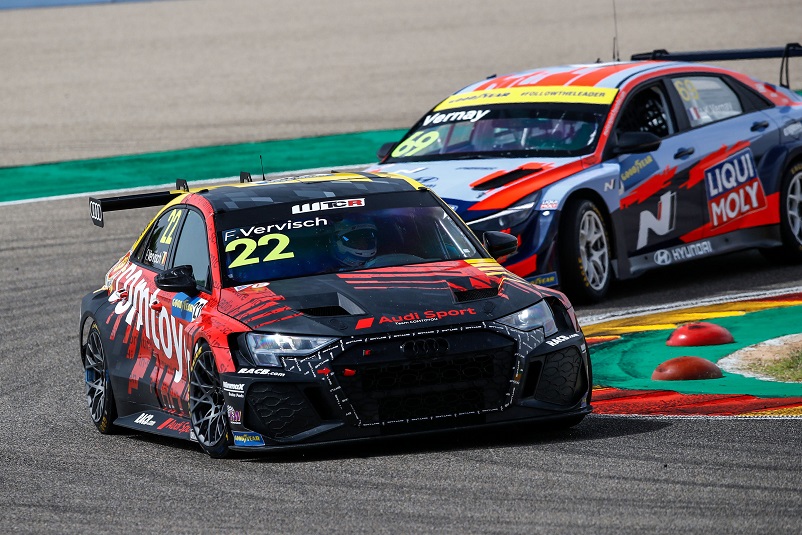 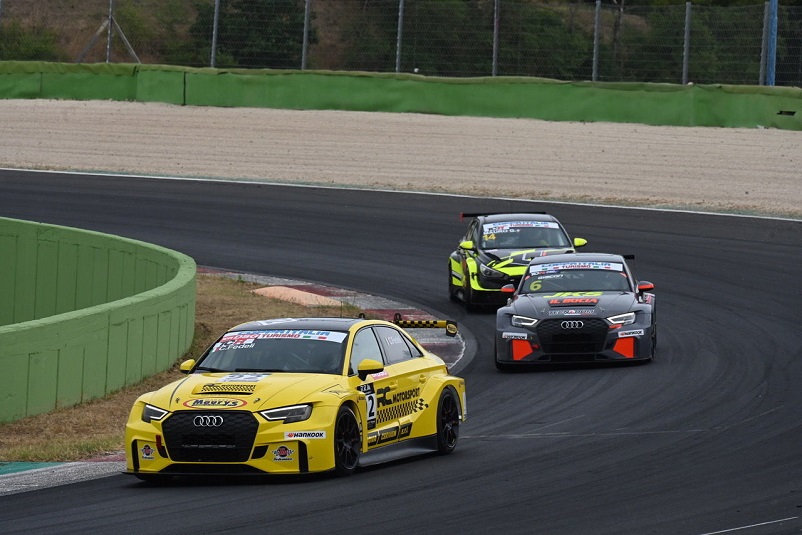 Title success in Italian GT racing after 218 days: At the end of an elaborate legal clarification, Audi Sport Italia with Riccardo Agostini is the winner of the 2020 Campionato Italiano Gran Turismo Sprint. This means that Emilio Radaelli and Ferdinando Geri’s team has won a drivers title in Italy for the second time after 2011 with the Audi R8 LMS. This was preceded by decisions of various instances regarding a time penalty.

It had deprived Riccardo Agostini and Audi Sport driver Mattia Drudi of victory on the second race weekend of the 2020 season at Mugello. Initially, the appeals court of the Italian association ACI ruled against Audi Sport Italia. The team subsequently referred the matter to the Italian National Olympic Committee – the umbrella organization of Italian sports federations. In a full legal hearing chaired by former Italian Foreign Minister and EU Commissioner Franco Frattini, the relevant chamber rejected the time penalty.

Agostini and Drudi got their second win of the season back. The 27-year-old Agostini thus won his second consecutive title in his debut season for Audi after 2019. The total tally of all title wins for the Audi R8 LMS in worldwide drivers championships thus rose to 83. At the halfway point of the current Italian GT season, Agostini and fellow driver Lorenzo Ferrari are in second place in the championship for Audi Sport Italia.

First example of the Color Edition delivered: Audi Sport customer racing handed over the first Audi R8 LMS GT2 from the Color Edition to a customer. Each of the six sports cars is unique with its individual color scheme. Matthias Kieper personally took delivery of the GT2 racing car in the striking Misano red color in Neuburg an der Donau. The motorsport manager received the most powerful model in the brand’s range with 470 kW (640 hp) from Dirk Spohr, Head of Customer Management at Audi Sport customer racing.

Victory in Canada: In the new Sports Car Championship Canada, the Audi customer team TWOth Autosport recorded a victory and two further podium places. On the Mosport circuit, Travis Hill won the TCR class in the Audi RS 3 LMS in the first 40-minute race. Teammate Nick Looijmans finished third after 22 laps. In the second race, Travis Hill was again the best Audi privateer. The Canadian clinched third place in the TCR class that was well filled with ten contenders.

Two trophies in Italy: In the Italian Coppa Italia Turismo grassroots racing series, the Audi customer teams secured two trophies on the fourth race weekend. Alfredo de Matteo was the best of four drivers of an Audi RS 3 LMS on the Vallelunga circuit in the first race. He crossed the finish line in second place after 14 laps. In the second race, Carlotta Fedeli achieved the best result for the RS 3 LMS in third place.

Second place at Le Castellet: In the French Ultimate Cup Series, the AC Motorsport team recorded second place on the third race weekend. Belgian Mathieu Detry and Frenchman Stéphane Perrin shared the Audi RS 3 LMS in the endurance race at Le Castellet. After four hours, they were the only one of five chasing teams in the UTCR class to manage the same distance as the winners with 94 laps.

Date shift in the FIA WTCR: The fourth round of the WTCR – FIA World Touring Car Cup on the Adria circuit, which was originally scheduled for July 30 to August 1, will be postponed. This eliminates the date clash with the Spa 24 Hours. Audi Sport driver Frédéric Vervisch was scheduled to start in Italy as a regular participant in the FIA WTCR and is therefore not in the line-up for the classic in the Ardennes.

“Even if Fred does now become available at short notice, we are sticking to our announced line-up for Spa,” says Chris Reinke, Head of Audi Sport customer racing. “Fred is an excellent driver who has already won the 24-hour races in Dubai and at the Nürburgring with us in 2019. He is and will remain an integral part of our team and will have many more opportunities to fight for victories for us in endurance races in the future.”