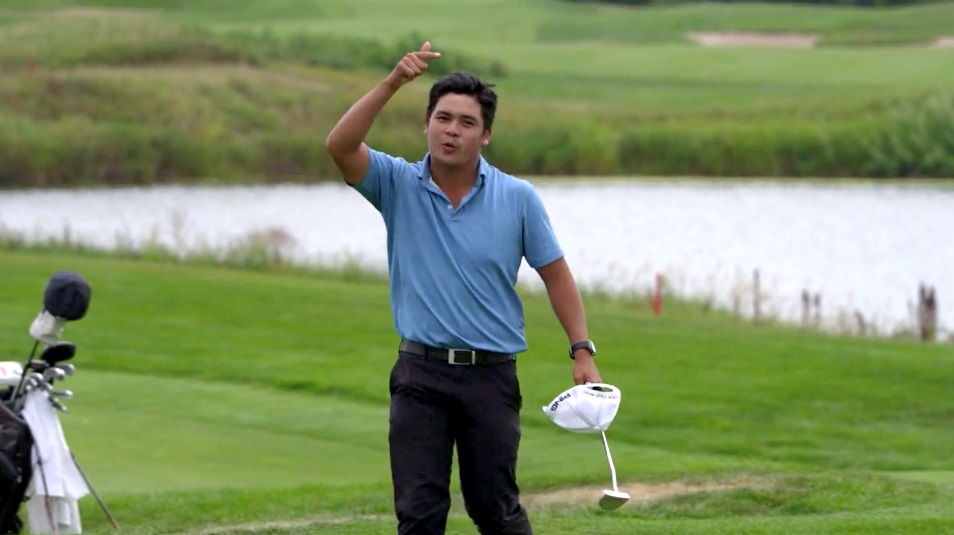 Justin Raphael Quiban will forever cherish his PGA TOUR debut at this week’s 3M Open, no matter where he finishes on the leaderboard.

The little-known Filipino earned his place at TPC Twin Cities in Blaine, Minnesota by finishing third in Monday Qualifying following a superb 8-under 63 which included a sensational inward 29.

He now gets the dream opportunity to rub shoulders with many of game’s greats, including reigning FedExCup champion Dustin Johnson, Louis Oosthuizen, who finished tied third at The Open on Sunday, Tony Finau, Rickie Fowler and defending champion, Michael Thompson.

“My heart was going so fast. The last few holes, I just did my breathing,” said a delighted Quiban.

He first needed to survive pre-qualifying which he carded a 68 to secure one of 20 spots available in Monday Qualifying. Then, his game clicked on his homeward stretch which included a hole out for eagle on the 10th which sparked his run.

“My driver was just going really well, I as hitting it down the fairway most of the time. I almost holed out on nine from 80 yards and then I holed out on 10 from 80 yards and shot 29 on the back nine. I knew I had to go low,” said Quiban, who holds two victories on the Philippine Golf Tour and represented his country as an amateur in the Asian Games.

“Coming down the stretch, especially the last five holes, I knew I had to go low to give it a chance. Birdied 14, 15 and 16, almost birdied 17 which I lipped out from 15 feet and then hit a great 180 yard shot on the last with a seven iron to four feet, and made the putt for 8-under. I knew I had to make birdie to give myself a chance or get into a playoff. I had a bad lie, a flier lie and I didn’t know if I should club up or not. I just played the number with a seven iron and it ended four feet from the hole which is great.”

Quiban currently ranks 1,665th on the Official World Golf Ranking, with a best finish in any tournament with OWGR points available being a tied fifth result at the 2017 Resorts World Manila Masters. He finished tied for 16th place at the California State Open Championship earlier this month.

His success at Monday Qualifying, where he came in behind medallist Stephen Stallings, Jr (61) and Tom Lovelady (62), is bound to create some excitement back in the Philippines. Previously, the likes of Frankie Minoza, Angelo Que and Juvic Pagunsan have featured in PGA TOUR-sanctioned tournaments.

“I think my parents are still asleep in the Philippines. I don’t know if they know about the good news. Most of my friends know about it as I posted it on Instagram. I think I’m getting a call right now from my dad!” he said.

One of Quiban’s recent posts on social media ended with the message: “I dream. I grind. I flex.”

He gets to live up to his dream starting Thursday.