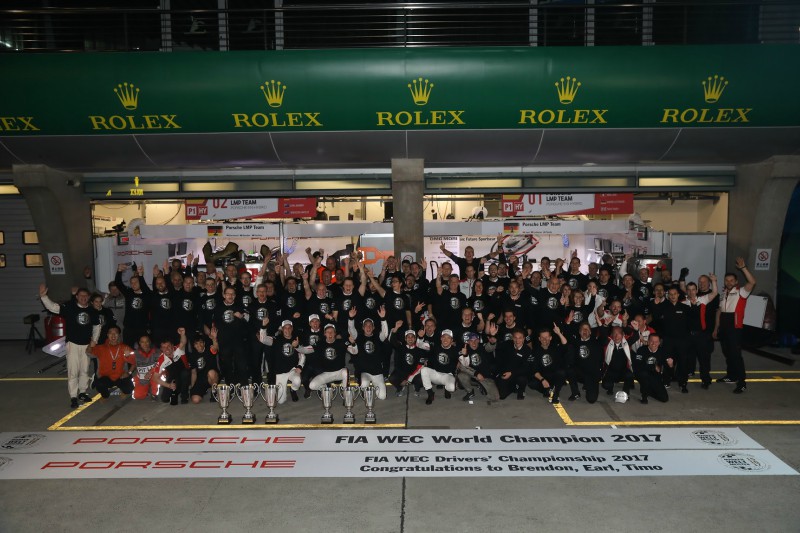 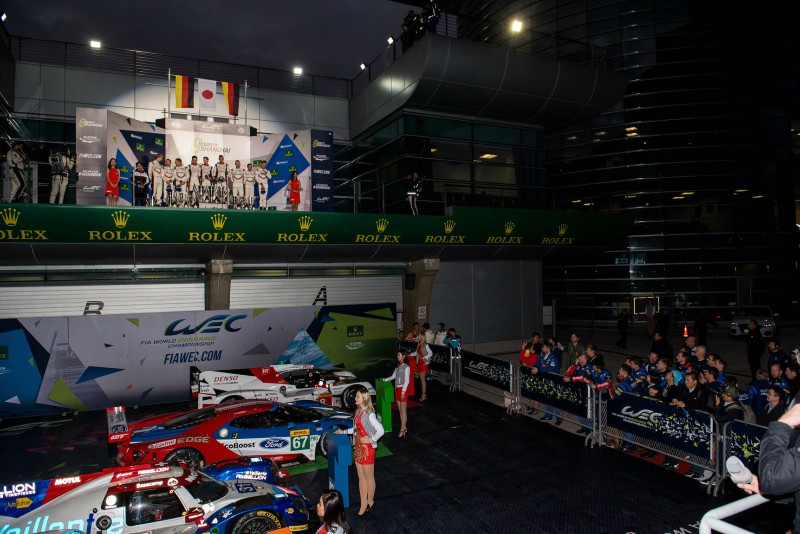 A dominant victory in the penultimate round of the 2017 FIA World Endurance Championship for Toyota was not enough to prevent Porsche from winning the World Manufacturers’ Championship today in Shanghai.

Second place for the No.2 Porsche 919 Hybrid crew of Timo Bernhard, Earl Bamber and Brendon Hartley gave them a well-deserved 2017 FIA World Endurance Drivers’ title with one round remaining. It is Bernhard and Hartley’s second championship title (first in 2015) and Bamber’s first.

Toyota’s No.8 TS050 HYBRID of Kazuki Nakajima, Anthony Davidson and Sébastien Buemi led a convincing display by the Japanese manufacturer, although the result could have been very different in terms of the race result and the championship situation had the No.7 Toyota of José Maria Lopez not clashed with one of the leading GTE Pro cars in the final hour.

The result saw the Japanese car forced to pit and the two Porsche 919 Hybrids move up to second and third, while the delayed Toyota ultimately came in fourth. It was Toyota Gazoo Racing’s fourth win of the season meaning that the eight races have been completely split between the Japanese marque and their rivals Porsche, with one round remaining.

Rounding out the podium in Shanghai was the No.1 Porsche 919 Hybrid of Neel Jani, André Lotterer and Nick Tandy. Their race was compromised in the first hour when Tandy slowed with a throttle sensor issue.

It was an ultra-successful day for Porsche as they also took the FIA World Endurance Manufacturers Championship, and as with the Drivers’ title it was also the third consecutive time Porsche has lifted the trophy.

An enthusiastic crowd of 58,000 spectators over the weekend at Shanghai International Circuit saw a memorable event and went home having witnessed an incredible race which was full of action, drama and tension.