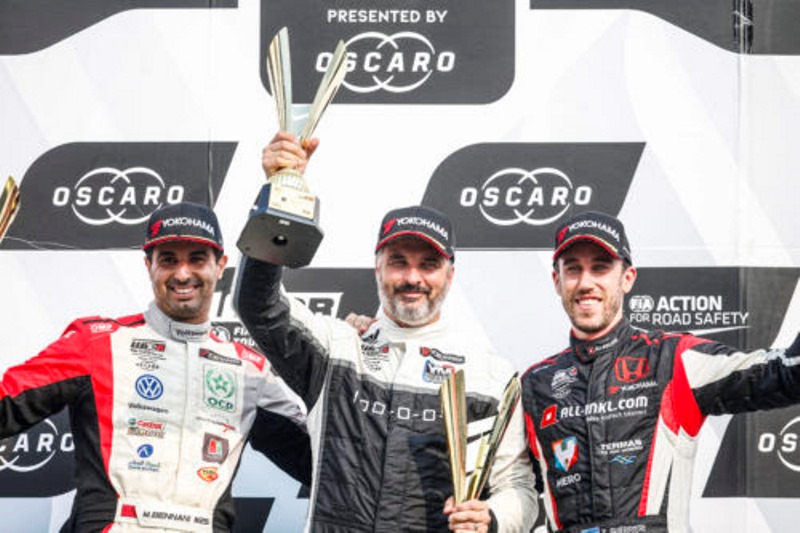 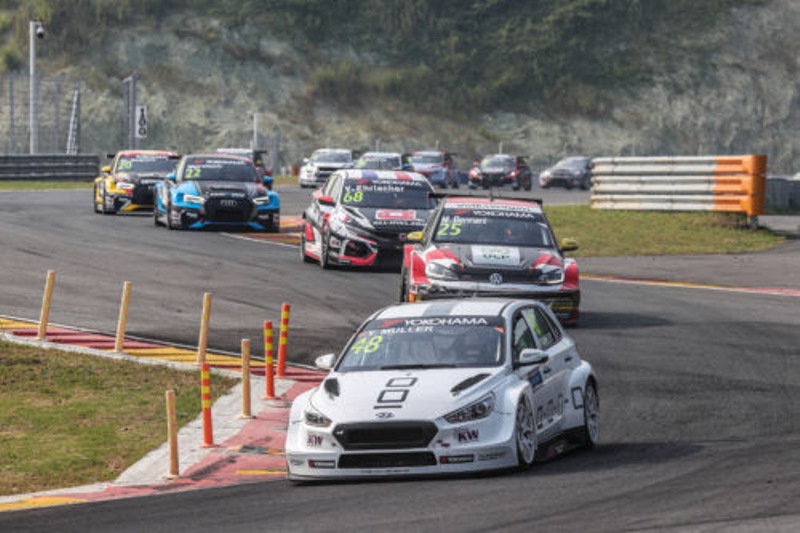 *Into the unknown: new street track Wuhan up next for WTCR OSCARO aces

Thed Björk delivered a WTCR – FIA World Touring Car Cup presented by OSCARO masterclass with two poles and two wins as the China double-header began in spectacular fashion in Ningbo this weekend. The 2017 FIA World Touring Car champion was in sublime form with victories in Race 1 and 3, while team-mate and team boss Yvan Muller bagged the spoils in Race 2 for the Hyundai-powered YMR squad.

After finishing fourth in Race 1, early contact in Race 2 left Gabriele Tarquini on the sidelines. However, the BRC Racing Team Hyundai driver bounced back to finish second to Björk in Race 3 to ensure the championship lead will still be his when action resumes in Wuhan – the epicentre of car manufacturing in China – from 5-7 October. The street racing festival will mark the completion of Golden Week in the country, the world’s largest car market with 12 million sales in the first six months of 2018.

Tarquini’s cause, meanwhile, was aided when Muller retired from Race 3 with suspension damage and a puncture following contact. The Italian is nine points ahead of the Frenchman and eight up on Björk, who climbs from sixth to second in the table.

Esteban Guerrieri was a double podium visitor for ALL-INKL.COM Münnich Motorsport after two strong displays. However, the Argentine was denied a third top-three when contact with Norbert Michelisz early in the third race of the weekend forced him to retire his Honda Civic Type R TCR.

Mehdi Bennani signalled his return to form following his huge crash at WTCR Race of Portugal in June with second place in the reverse-grid Race 2, the Moroccan giving his all to remain on terms with Yvan Muller aboard his Sébastien Loeb Racing Volkswagen Golf GTI TCR. Denis Dupont helped to ensure there were four different customer racing brands in the top four in Race 2 before landing his maiden WTCR OSCARO podium with a fine drive from sixth to third in Race 3. In a strong showing from the Belgian Comtoyou Racing team, Frédéric Vervisch was third in Saturday’s opening counter, while Nathanaël Berthon and Aurélien Panis made it four Comtoyou Audis in the top 10 in Race 3 in eighth and ninth as Dupont and Vervisch claimed third and fourth in that order.

Elsewhere, double DTM champion Timo Scheider just missed out on a top-10 twice forALL-INKL.COM Münnich Motorsport, which worked flat out to ensure Yann Ehrlacher could start Race 3 following damage sustained in a collision with China’s Ma Qing Hua on the final lap of Race 2. Ma, who like Scheider was making his WTCR OSCARO debut, showed plenty of promise on his first start with the Boutsen Ginion Racing Honda team. However, the contact with Ehrlacher was too hard to make the start of Race 3. He’ll be hoping for better fortune in Wuhan next week.

Fabrizio Giovanardi came from the back of the grid to P13 in Race 2, finishing just one place behind fellow Mulsanne Alfa Romeo Giulietta driver Kevin Ceccon. Rob Huff was inside the top six in all three races for Sébastien Loeb Racing but it was a rare off weekend for Audi Sport Leopard Lukoil Team’s Jean-Karl Vernay, who twice retired his RS 3 LMS. Zengo Motorsport’s Zsolt Szabó started Race 1 from a season-best sixth, while Aurélien Comte was the best performer for DG Sport Compétition in a PEUGEOT 308TCR.

Race winner quotes
Thed Björk, YMR (Race 1): “It was a really nice race for me starting from pole. I did a good start, otherwise I would have expected a really hard fight from both Esteban and Frédéric. But I got away clean and built a small gap to Esteban when they were fighting each other and could hold that, so it was a really nice race for me. It’s not easy to lead as well, but I’d rather be there than chasing. I could control the car and the set-up was fantastic. Clearly my car was in the window from first practice all the way through to the race. I’m really happy with the performance.”

Yvan Muller, YMR (Race 2): “It’s a great result after the poor qualifying. We had a small issue that caused me some performance, not pole position but a place in the top five. To be honest I was looking a bit at what was happening behind me when I could because I was looking at what Yann and Thed were doing. But it was a great race and I’m really pleased with my result. It’s two victories for my team, two pole positions. I couldn’t expect more than that.”

Thed Björk, YMR (Race 3): “It was a fantastic race from the start, just flying way from the others and having a race by myself. I must be really happy with the team, who work so hard putting the car together all the time. It felt so good, in the window [of performance] all the time and I just had to drive. When we have such a long summer break and still so many points to fight for, the goal was to get back [in the title fight] as soon as possible, be on the edge and see where I can go. Some of the tracks that are coming are really nice.”