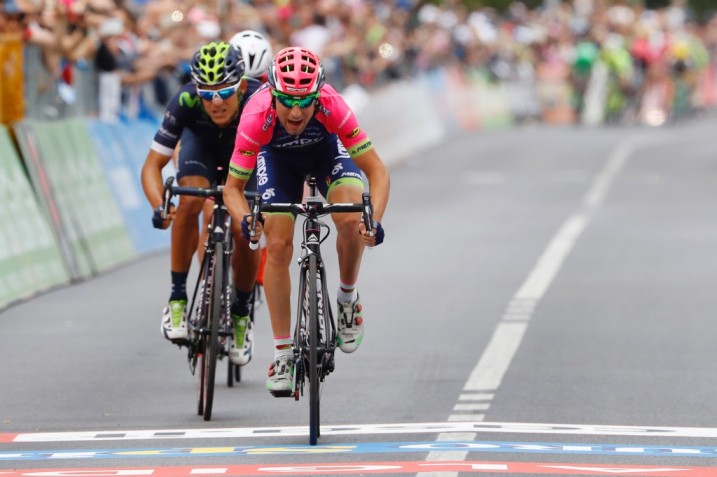 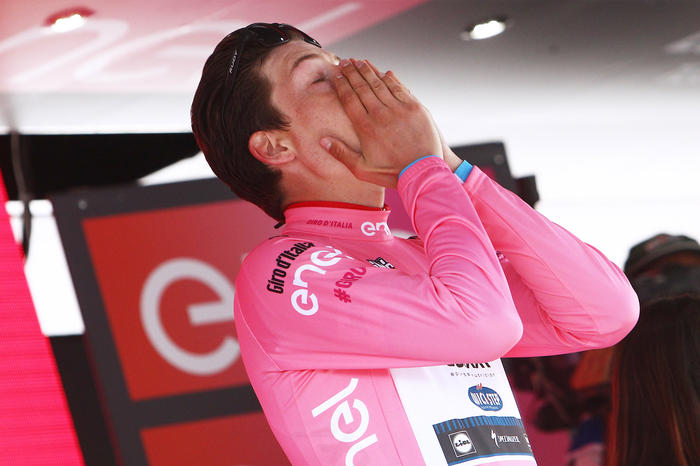 Home rider Diego Ulissi took his second victory of the 2016 Giro d’Italia as he beat overall leader Bob Jungels and Andrey Amador in the 11th stage on Wednesday.

The Italian, who also won the fourth stage, was part of a leading trio with Jungels and Amador that came home ahead of the other General Classification contenders after a 227km ride from Modena to Asolo in northern Italy.

Movistar’s Amador launched an attack from the chasing pack with 12km to go in an attempt to snatch the overall lead, but Etixx man Jungels held him off, the day after becoming the first man from his country to take the Giro lead since Charly Gaul in 1959.

“When Amador attacked, I had to react. I was a little surprised to see the gap,” said Jungels.

“But when Ulissi came back, I realised that it was going to be very difficult.”

The group of race favourites, including former champion Vincenzo Nibali and Spaniard Alejandro Valverde, crossed the line 13 seconds later to limit the damage, although both are now over a minute adrift of 23-year-old Jungels.

Lampre’s Ulissi continues his wonderful record in the season’s opening Grand Tour with the sixth Giro win of his career.

There was a massive crash involving over 30 riders with 20km remaining, and although none of the favourites were affected, Gianluca Brambilla, who was in the overall lead earlier in the week, lost three minutes and dropped to ninth in the overall standings.

Earlier on Wednesday, Dutchman Tom Dumoulin was forced to withdraw from the race after suffering with pain in his perineum.

The Giant rider, who wore the pink jersey for six days earlier in the race, pulled out after 95km. – Agence France-Presse