Home News Others US consortium take control of Swansea 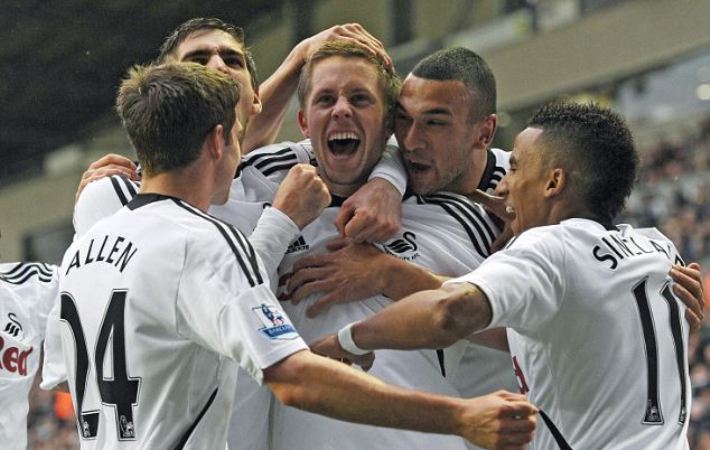 A consortium headed by American businessmen Jason Levien and Steve Kaplan has purchased a controlling stake in Swansea, the Premier League club announced on Sunday.

The deal, concluded after lengthy negotiations, will see Huw Jenkins remain in an executive role and charged with the day-to-day running of the club.

“Jason and Steve have vast experience in running sporting franchises in America,” Swansea said in an official statement on their website.

“Jason is managing general owner of MLS side, DC United while Steve is the executive vice-chairman of the Memphis Grizzlies in the NBA.

“Both see the takeover of Swansea City as an exciting opportunity for long-term growth in the club in every area.”

Levien has also held roles at the Grizzlies and Philadelphia 76ers and also works as an advisor to Inter Milan majority owner and president Erick Thohir, who co-owns DC United with him.

It is understood that the American duo has acquired around 60 per cent of the club, which finished 12th, on 47 points, last season under new Italian coach Francesco Guidolin.

The deal is subject to official ratification by the Premier League.

The move is the latest in a spate of foreign investment in the lucrative English topflight with the biggest success story involving Leicester City.

Swansea’s fellow Welsh side Cardiff were taken over by Malaysian billionaire Vincent Tan six years ago.

Relegated Aston Villa were the latest club to change hands when they were bought by Harvard-educated Chinese owner Tony Xia last month.