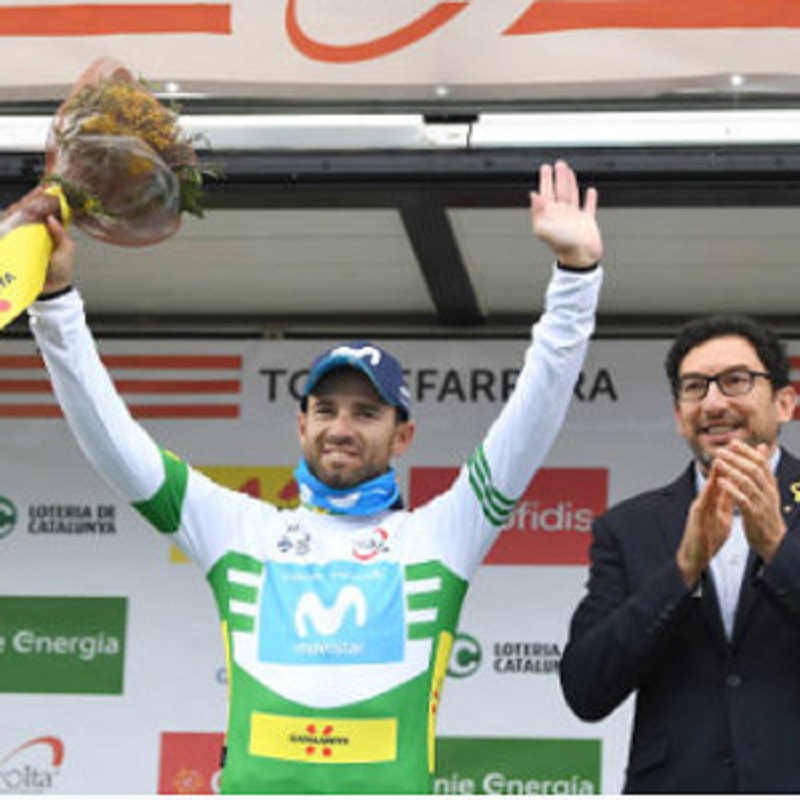 Germany’s Maximilian Schachmann won a snow-shortened stage six at the Tour of Catalonia on Saturday after completing a long range breakaway as Spain’s Alejandro Valverde maintained the overall lead ahead of the final day.

Schachmann of Quick-Step Floors outsprinted his breakaway partner Spain’s Diego Rubio, to finish first in 2 hours, 34 minutes and 25 seconds after the stage had earlier been cut from 194 to 117 kilometres due to heavy snow in the Pyrenees.

Valverde is trailed by Team Sky’s Egan Bernal and Movistar team-mate Nairo Quintana, both of Colombia, with Quintana 26 seconds back.

“Let’s see, it is clear that 16 seconds is a lot or it can be very little,” Valverde said.

“Egan is very strong, I can feel him very close but my feelings are good and the team is very confident.”