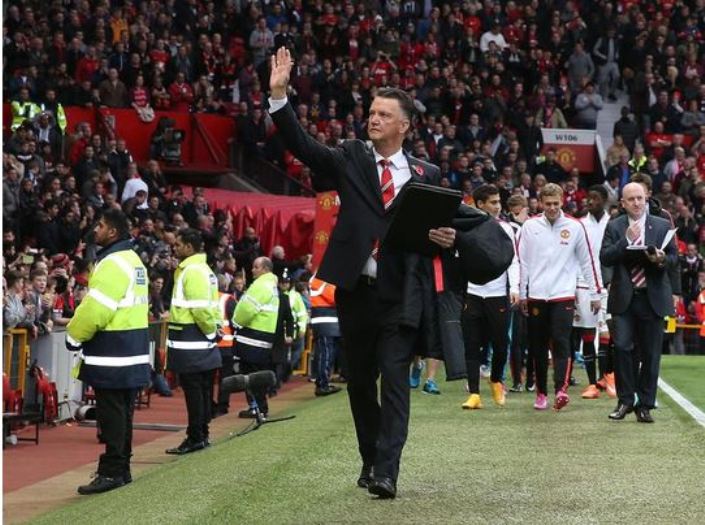 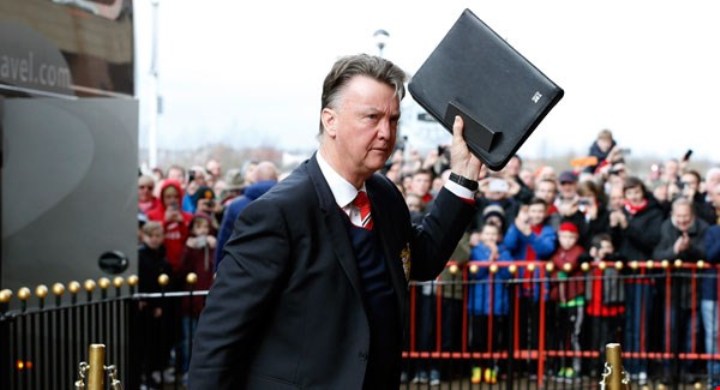 Manchester United manager Louis van Gaal urged his players to put the disappointment of Europa League elimination by Liverpool behind them by defeating Manchester City in this weekend’s derby.

United were knocked out of the Europa League in the last 16 after a 1-1 draw at home to their arch-rivals on Thursday condemned them to a 3-1 aggregate defeat.

Their exit cut off one potential avenue to Champions League football next season and with United four points behind City, who occupy the fourth and final qualifying berth in the Premier League, Van Gaal knows that defeat at the Etihad Stadium on Sunday could be fatal.

“We have to beat Manchester City because that is the other chance to qualify ourselves for the Champions League,” he told his post-match press conference at Old Trafford.

With the FA Cup now the only competition United can win, Van Gaal was asked if failure to overcome Liverpool had increased the pressure on both him and his team.

“The pressure was also today,” the embattled Dutchman replied.

“Manchester United always has pressure. The expectations are always high. The pressure for these players is always very high. We know that and we can cope with that. But we were not lucky today (Thursday).”

But Philippe Coutinho restored Liverpool’s two-goal cushion on the stroke of half-time with a goal that manager Jurgen Klopp described as “genius” — the Brazilian leaving Guillermo Varela for dead and then dinking a shot past United goalkeeper David de Gea at his near post.

The game’s closing stages played out to a soundtrack of crowing chants from the away fans, but Van Gaal felt that his team had dominated to the same extent that Liverpool had in the first leg.

“We have played like Liverpool played in the home match with us,” said the United manager, who was presiding over his 150th European game.

“We have done that with them. We have created a lot of chances. We scored a penalty. (Jesse) Lingard, (Juan) Mata, (Marouane) Fellaini, Martial (had chances), and then you concede one goal in the last seconds.

“That’s what we did not do in Liverpool. They scored the away goal and that was the difference.”

He added: “I am not angry, I am not frustrated. I was very proud of my players. They have given everything.

“I was very pleased the fans also recognised that because they applauded after the match in spite of (the fact) we are out of the Euro League. That was remarkable, I think.”

While Van Gaal braced himself for more inquests about his United stewardship, Klopp remains on course to finish his first season at Liverpool with a trophy in his hands.

“Phil (Coutinho) had a genius moment, wonderful,” beamed the German, whose side will learn their quarter-final opponents in Friday’s draw.

“It was brilliant, what he did. It was the most unexpected thing you could do in a situation like this and it was a perfect goal.”

Klopp, who revealed that skipper Jordan Henderson had vomited at half-time, became the first Liverpool manager to avoid defeat on his first trip to Old Trafford since Graeme Souness in October 1991.

Asked if he would like to face former club Borussia Dortmund — 5-1 aggregate winners against Tottenham Hotspur — in the next round, he smiled.

“Dortmund, of course not. Why should I want the strongest team in the tournament in the next round?” he said.

“But if we go there, we try to win. I saw only a little bit of the other results, but I’m pretty sure there’s no easy games anymore. It’s not too important. Only we have to be prepared and hopefully we are.” – Agence France-Presse