Home Football Ventura confident Italy will bounce back against Israel 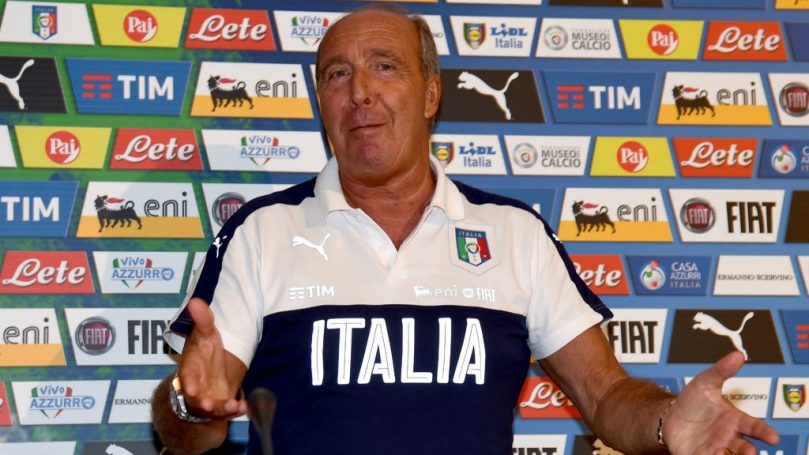 New Italy coach Giampiero Ventura said he was unconcerned by Thursday’s home defeat to France ahead of his team’s opening World Cup qualifier in Israel on Monday.

The 2006 World Cup champions slumped to a 3-1 defeat in Bari on Thursday but Ventura, who took over the Azzurri hotseat from Antonio Conte, does not expect such a stern test in Haifa.

“With the greatest of respect, Israel aren’t France. We will analyse (the) match, we’ll look at some errors that we can avoid and I’m sure we’ll put in a better performance,” Ventura, 68, said.

Even so, there is anxiety in the Italian camp with striker Graziano Pelle, who scored against France, insisting: “There are no excuses, we must beat Israel.”

Italy are expected to battle with Spain for top spot in Group G and the only automatic qualification place.

The 2010 world champions begin their campaign against minnows Liechtenstein while Albania and Macedonia round out the group.

The winners of each group will qualify for the 2018 World Cup in Russia, while the eight best runners-up advance to the play-offs.

Midfield orchestrator Marco Verratti, who missed the 2016 European Championships due to injury, says Italy are up against it.

“We have been put in a difficult group, but if we do what what we can then we have a good chance of getting through,” he said.

The usually deep-lying ball-player says he will operate a more advanced role under Ventura.

“I often speak with Ventura about my position on the pitch. Playmakers are often man-marked and so the coach wants to play me as an attacking midfielder, which I’m comfortable with,” said the 23-year-old Paris Saint-Germain star.

“Compared to before (under Conte), we perhaps look to keep the ball more in order to create space where we can do damage.”

Centre-back Leonardo Bonucci will play despite worries about his young son’s health, but the injured veteran Daniele De Rossi will miss out for Italy.

Israel are looking to qualify for their first World Cup since 1970.

They will also start their qualifying campaign with a new manager after Eli Guttman resigned following four mediocre years in charge, to be replaced by Elisha Levy.

Israel captain Eran Zahavi says his team are aiming for qualification despite lining up with of Europe’s biggest heavyweights in their group.

“Do not stop believing, we will not give up and we will give it our all,” said the 28-year-old Guangzhou forward.

Following this match, Italy tackle Spain in Turin on October 6 while Israel travel to Skopje to face Macedonia the same evening. – Agence France-Presse