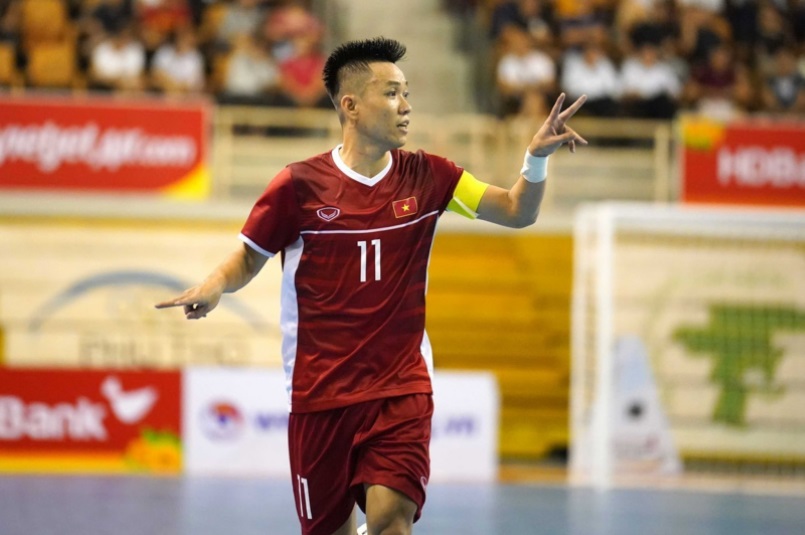 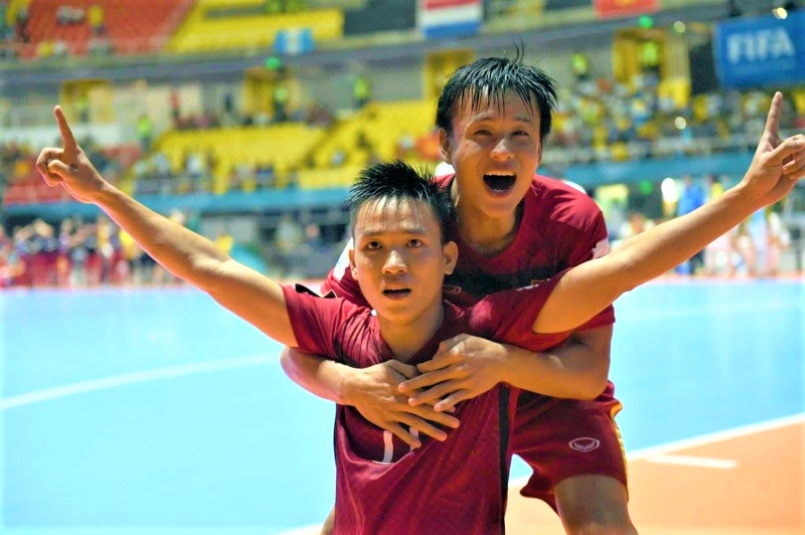 Five years back, an enigmatic Vietnam raised eyebrows by storming into the Round of 16 on debut. They defeated Guatemala 4-2 in the opener, a result which ultimately sent them through as one of the best third-placed sides despite losing to Paraguay (7-1) and Italy (2-0).

This competition again sees them pitted against strong teams in none other than five-time winners Brazil, as well as the Czech Republic and Panama, but Van Vu maintains his side are capable of again progressing to the next stage.

“Needless to say, we are in a hard group and the opponents we are facing are stronger than those of Colombia 2016,” the 31-year-old told FIFA.com.

“But we are no longer newcomers and with our experience [from the last Futsal World Cup], we are hoping that we can emulate our success of 2016.”

With both Brazil and Czech Republic strongly favoured to progress from this group, Vietnam’s hopes lie on grabbing maximum points against Panama as Van Vu pointed out.

“Brazil are the undisputed No1 favourites and the Czech Republic are very strong – they defeated Italy in qualification. But Panama are a team of the same level as us. Our coaching team will make suitable tactics against each side so we will have the best possible results.”

Meteoric rise
Vietnam’s rise in reputation to become one of Asia’s competitive sides is nothing short of meteoric. Strugglers in even regional competitions, the southeast Asians took the 2016 AFC Futsal Championship by storm by reaching the last four and booking their maiden qualification for the FIFA Futsal World Cup.
Notably, Van Vu and Co. surprised holders Japan on penalties in a breath-taking quarter-final clash to advance to Colombia 2016. Van Vu struck a brace with the two sides locked 4-4 after extra time, but in the ensuing penalty shootout, the Vietnamese kept their cool to run out 2-1 winners.
“We fought all the way through against the defending champions,” Van Vu continued, reflecting on the memorable triumph. “The victory gave our fans enormous joy. We received messages of congratulations from home throughout that night and we couldn’t sleep. We were aware that Vietnam’s futsal had taken a giant step forward at international level.”
Van Vu continued his good form at the Futsal World Cup, converting a spot-kick to seal the famous victory against Guatemala. “It was truly a moment to cherish representing our country in the Futsal World Cup,” he said. “It was very emotional to line up and sing the national anthem pre-match. And of course, I felt thrilled after striking the penalty [against Guatemala].
“Our success has made a huge impact on the game’s development in our country. Today, futsal has gained increasing popularity in Vietnam with our national futsal championship attracting growing attention and sponsorship. In Ho Chi Minh City, futsal training is among the curriculums in primary schools.”
Spanish hue
Keen on lifting their game to another level, Vietnam have developed a connection with world powerhouses particularly Spain. Bruno Garcia Formoso was the first Spanish manager to lend his expertise guiding the team to Colombia 2016. Next came compatriot Miguel Rodrigo, the former Peru boss who coached Vietnam from 2017-19.
At an individual level, Van Vu has also drawn plenty of inspiration from the Spanish game during his short spell with O Parrulo FS. A product of local giants Thai Son Nam, Tran won the national futsal league six times before earning a loam move to the Spanish side in 2019.
“I am very grateful to my club Thai Son Nam for helping me move to Spain. Thanks also for the help from the coach and my teammates [in O Parrulo FS], I quickly adapted to the new environment and during my one-and-half-a-month stay, I gained useful experience in both technical and tactical terms.”
Now the coaching baton has passed on to local Phạm Minh Giang, who spent several years working as an assistant to the Spanish head coaches. Under him, Vietnam overcame Lebanon over two legs on away goals (0-0, 1-1) to successfully seal their return to the Futsal World Cup.
“Coach Pham Minh Giang has shown that he is a good coach to lead the team for the Futsal World Cup. Under him, the team has plenty of young players who are good at both skills and thinking. As the captain, I want to support them through my experience and try to help the team achieve good results.” – www.fifa.com