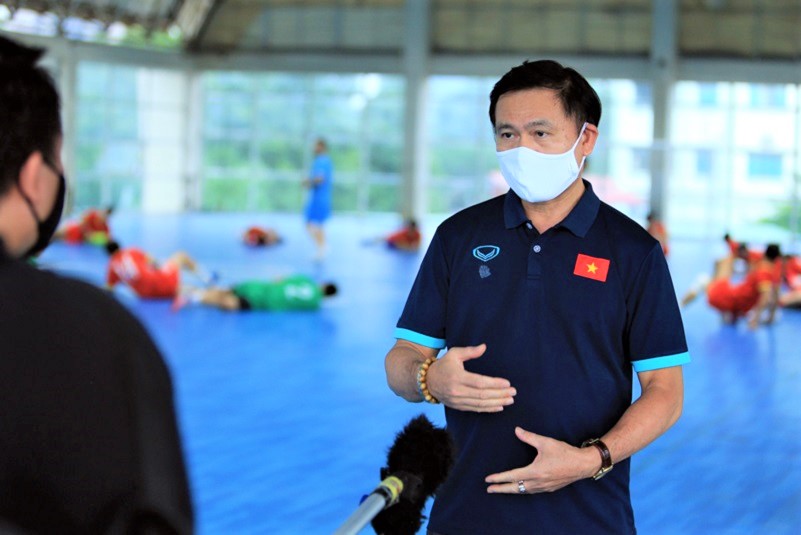 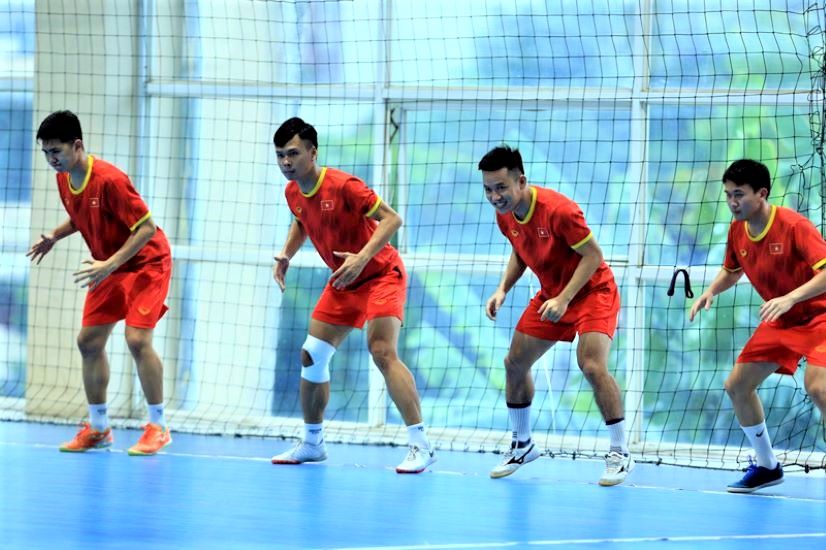 Tran Anh Tu, the Head of Delegation of the Vietnam Futsal national team, has set the target of at least winning a place in the Round of 16 at the 2021 FIFA Futsal World Cup next month in Lithuania.

He said that the VFF (Vietnam Football Federation) and Ho Chi Minh City’s Physical Training Centre have made it possible for the squad to optimize their preparation for the task ahead.

“I think with the effort from the team and support from the VFF, we will try to have the best result possible. We are determined to at least make the Round of 16 as we did in 2016,” said Anh Tu.

“In these 20 days, the team has been hard at work at the Ho Chi Minh City’s Physical Training Centre. We have been provided with very good conditions to train. The team was provided with a private area that minimised the risk of COVID-19. We also had regular medical tests at Hospital 175. Before moving to Hanoi, the team also had a test as the requirement from FIFA.”

In 2016 in Colombia, the Vietnam Futsal national team made the cut to the Round of 16 after beating Guatemala 4-2 in their very first match before conceding a 7-1 loss to Paraguay and then a 2-0 defeat to Italy in their next two matches in the group.

In the Round of 16, they could not get past eventual losing finalists Russia following a 7-0 loss.

In Lithuania this time round, Vietnam have been placed in Group D against powerhouse Brazil, Panama and the Czech Republic.

“VFF are hard to work with local authorities (in Hanoi) to provide the best condition possible for the team. Besides that, the team is also implementing a “bubble principle” to prevent the risk of COVID-19. I believe the 10 days training in Hanoi will be good,” added Anh Tu.

“The training camp (and also the Quadrangular Tournament) in Spain (in the last week of August) will be good for us. We will face strong teams equal to our opponents in Group D of the FIFA Futsal World Cup.”