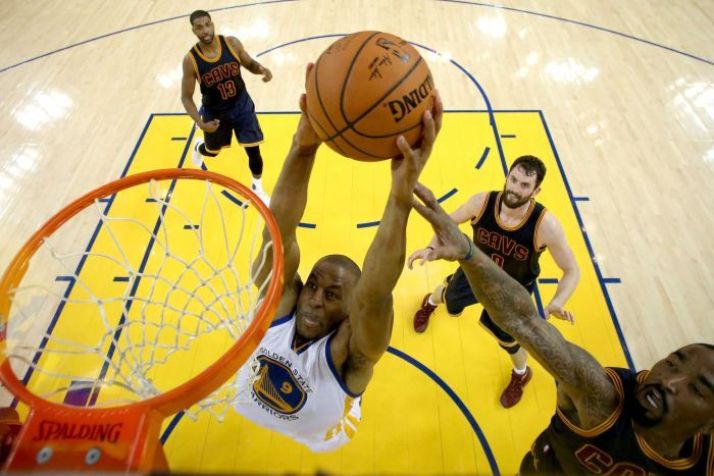 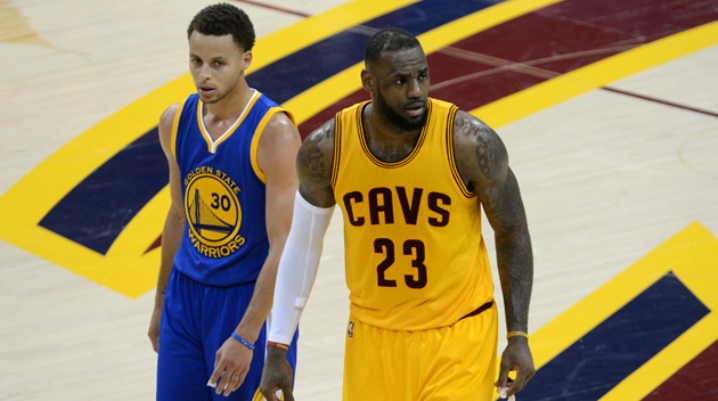 “It’s all a feel, just being aggressive,” Livingston said. “It’s just staying confident in my shot, understanding my game, where the shots are going to come from and trusting it.”

On a night when Warriors star guard and NBA scoring champion Stephen Curry managed only 11 points on 4-of-15 shooting from the floor and Klay Thompson hit only 4-of-12 for nine points, Golden State reserves outscored Cleveland’s bench 45-10.

“Their bench did an incredible job coming in,” said Cleveland’s Kyrie Irving, who scored a game-high 26 points on 7-of-22 shooting. You look at the statistics and it speaks volumes about how they pushed the pace and made some tough shots.”

The Warriors won an NBA record 73 games this season but none when Curry and Thompson combined for fewer points.

“It’s not even about that. It’s about guys staying ready,” Thompson said. “Shaun Livingston played out of his mind. Just the resiliency we played on the defensive end. That’s what won us the game.”

Warriors reserve Andre Iguodala sparkled defensively on Cleveland star LeBron James and scored 12 points while Brazil’s Leandro Barbosa added 11 off the bench as the Cavaliers hit only 32-of-84 shots (38.1 percent) and surrendered 25 points off 17 turnovers.

“Give up 45 points off the bench and 25 points off turnovers on the road, it’s not good ingredients to win,” said James, who had 23 points and 12 rebounds but shot 9-of-21 from the floor.

Draymond Green had 16 points, 11 rebounds, seven assists and four steals for the Warriors while Kevin Love added 17 points and 13 rebounds for the Cavaliers.

“When Steph and Klay struggle like that, everybody else needs to pick it up,” Green said. “You just know other guys need to step up.”

The Warriors went on a decisive 15-0 run that began late in the third quarter, all but two points coming from reserves and much of the span coming while James, playing in his sixth consecutive NBA Finals, rested on Cleveland’s bench.

“I missed some shots and didn’t get a rhythm, but we’ll be able to find some adjustments for game two. Not worried about that,” Curry said.

“Just really proud of the way everybody contributed. You don’t win championships without the entire squad making an impact.”

Irving made a jumper and a 3-point play and Tristan Thompson scored off a rebound to pull Cleveland within 56-52 early in the third quarter.

During a subsequent timeout, Warriors coach Steve Kerr shattered a clipboard with an angry punch.

“Destruction tends to ease some of the anger, so I try to take it out on a clipboard instead of a player,” Kerr said. “It’s better that way.”

Love lifted the Cavaliers to their first lead since the opening minutes at 64-63 with 3:57 to play in the third quarter on a 3-point play followed by a layup, and they were still ahead 68-67 when the Warriors began their decisive run.

“We had a chance in that third quarter to do something special, but we didn’t,” James said. “Didn’t make it happen in the fourth quarter. So I’m looking forward to seeing the film session and seeing ways we can get better.”

Iguodala was struck in the groin by Matthew Dellavedova late in the third quarter as the Australian tried to reach around for a steal. Iguodala, last year’s NBA Finals Most Valuable Player, grimaced and then stared down Dellavedova but cooler heads prevented an altercation.

“I’m not going to judge or say anything negative about him,” Iguodala said. “He’s out there competing. There are a lot of emotions going on out there. I respect a lot of guys’ hustle in this league. You’ve got guys who’ve got to get a little dirty, got to be a little physical, so I can only respect that.”

Seconds later, Iguodala made a 3-pointer to give the Warriors a 74-68 after three quarters and Golden State scored the first eight points of the final period.

The Warriors stretched the lead to as much as 96-76 before Cleveland rallied to trim the final margin. – Agence France-Presse