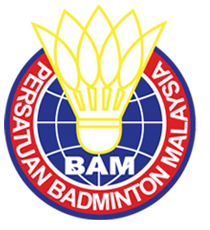 # National badminton body puts its foot down on independent players

Privateers who make it to the national team to this year’s Thomas Cup and Uber Cup will have to adhere to Badminton Association of Malaysia’s (BAM) terms and conditions.

In the same breath the Dane said BAM is in no rush to pick the teams to Thomas Cup and Uber Cup teams just yet as there is still time to decide on the players for both competitions.

“Currently we are monitoring the performance of players -both national and independent – in several tournaments. They are couple more tournaments that will serve as a selection ground” said Frost.

According to Frost the letter will contain requirements on attire and sponsorship in details.

Malaysia are expected to send a mixed team of players made up of players from the national stable and those who are professionals like Koo Kien Keat-Tan Boon Heong.

The national teams to Kunshan will be named at the end of April as registration must be finalised by May 1.

Malaysia, runners-up in the last edition, were handed a rather favourable draw in this year’s Thomas Cup Finals to be held in Kunshan, China from May 15-22 – with South Korea, England and Germany for company in Group C.

Defending champions Japan, who beat Malaysia 3-2 in the final in New Delhi in 2014.

Indonesia, India, Thailand and Hong Kong were drawn in Group B while Denmark, who are seeded No 2, have Taiwan, New Zealand and South Africa for company in Group D.

Malaysia, who failed to make the Thomas Cup and Uber Cup Finals on merit in the Badminton Asia Team Championships in Hyederabad in January, made the Finals through seedings issued by the Badminton World Federation as one of the 16 teams to Kunshan.

Malaysia are ranked sixth in the men’s and 10th in the women’s – which gives them the berth in the Finals.

However it is a tough draw for the women in the Uber Cup Finals. Malaysia are in Group A with hosts and defending champions China, who are also the Asian champions.

Other teams in Group A are European champions Denmark and Spain powered by reigning world champion and top ranked woman shuttler Carolina Marin.

South Korea, Taiwan, Maurtius and Pan American champions USA are in Group B while Thailand, Indonesia, Bulgaria and Hong Kong were drawn in Group C.