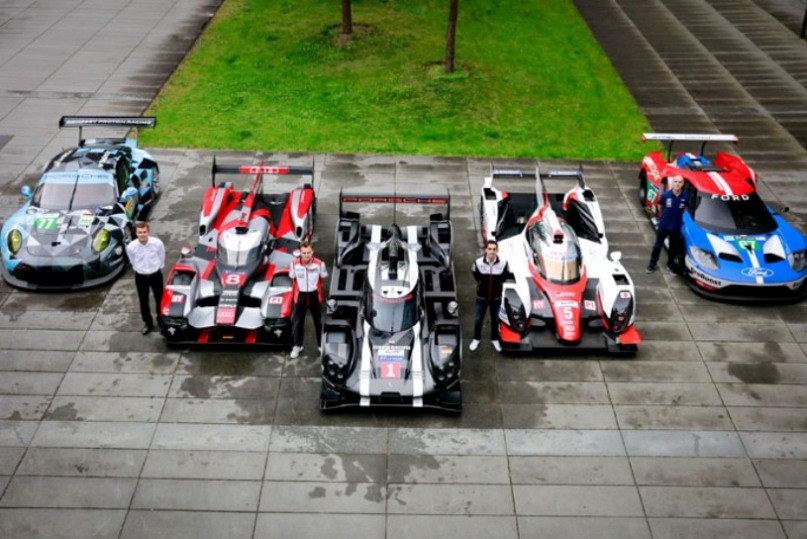 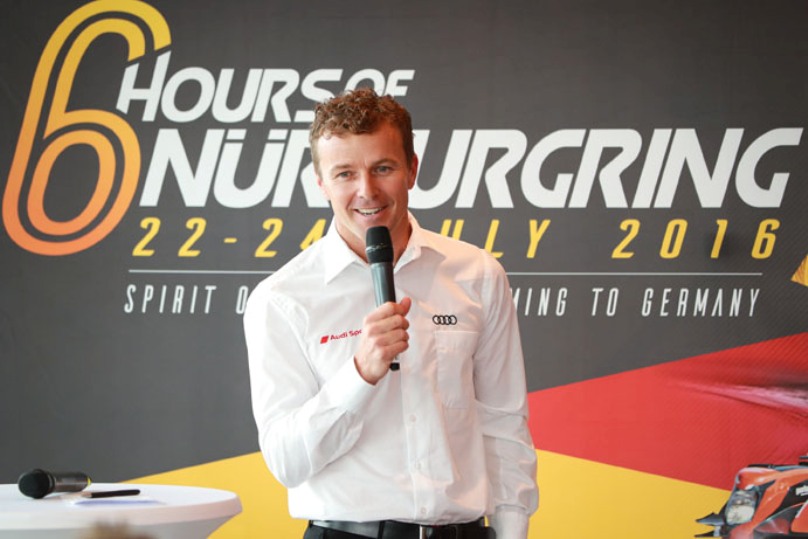 “We are bringing the excitement and positive energy from Le Mans to the Nürburgring,” said Porsche Team’s Marc Lieb at a press conference held to highlight the fourth round of the FIA World Endurance Championship, the 6 Hours of Nürburgring which will take place from 22-24 July.

The German driver’s words were echoed by other leading WEC Champions at the event, and all talked of the exciting and drama-filled races held so far in this 2016 season and the prospect of yet more thrilling racing for fans to enjoy.

Following an extremely successful debut event at the legendary Nürburgring track in 2015, the WEC is delighted to once again be heralding the return of the Spirit of Le Mans to the Eifel region of Germany.

Audi and Porsche are both prominent German manufacturers and partners to the WEC, as is Toyota Gazoo Racing which is based in Cologne. GTE manufacturer Ford has its European production base in that same city, so the 6 Hours of Nürburgring has major significance for very many of the 33 competitors due to take part in next weekend’s race.

But endurance racing is not just about big names and grand marques, important though they are.  There will be intense competition among the 11 LMP2 and LMGTE Am competitors, and spectators at the Nürburgring’s impressive facilities will be able to enjoy support races as well as the WEC action, a range of family entertainments and free access to the paddocks, autograph sessions and pit walks for the extremely competitive price for a weekend ticket of just €35.

The full list of competitors taking part in the 6 Hours of Nürburgring can be found HERE.

Porsche Team’s Marc Lieb, winner of 2016 Le Mans 24 Hours and current FIA WEC Drivers Championship points leader with team mates Romain Dumas and Neel Jani: “Even after a few weeks now it still feels great to be called a ‘Le Mans champion’, it’s a fantastic feeling.  I’m really happy about the result of that crazy race which happened a few weeks ago but I think the 6 Hours of Nürburgring is going to be a really close and tight race.  I think the competition is a lot harder this year than last when we had a dominant car; it’s not the case this year, so I think it could be tough.

“The WEC’s Nürburgring race is one of the best that fans in Germany can go to.  They can watch it live, see multiple classes, a lot of cars on track and the most advanced high technology cars like our LMP1s. It’s fascinating to see the speed and acceleration of these cars and in the race itself it will be a really hard race among the manufacturers which means it will be exciting for the fans to watch.”

Sébastien Buemiand his team mates at Toyota Gazoo Racing challenged for victory at the Le Mans 24 Hours until the final minutes, but now prefers to look forward to the 6 Hours of Nürburgring instead of reflecting on what might have been:  “The main objective this year is to be competitive and when you see what we did last year and where we are this year, the improvement is amazing. That makes me very confident for the rest of the season.  It was very hard to take what happened in Le Mans of course, but at least we were more than competitive and we should be able to fight for the win at all the races to the end of the season.

“I think all Toyota’s fans in Germany, and all the people from the team base here should come to the race because we haven’t managed to win one yet this season, even though we were leading Spa and leading Le Mans.  I’m sure it’s going to go our way soon and hopefully Nürburgring will be our first win of the season.”

Audi Sport’s Marcel Fässler is no stranger to the winners’ podium, and the three time victor of the Le Mans 24 Hours and 2012 FIA WEC World Champion can’t wait to return to the Nürburgring, even though he and André Lotterer will be without injured team mate Benoit Tréluyer:  “It will be only the second time that the three of us are not together in the car – the first time was a long time ago in Sebring when André was not driving and Olly Jarvis was with us.  It’s a very bizarre feeling not having Ben alongside us but we wish him all the best and hope he comes back as fast as possible, ready for Mexico.

“So, for sure, the task for André and myself will be different.  We will have a little bit more time in the car during the practice sessions, which is a benefit, but on the other hand we will have a bit more work to do in the race.  Each of us normally does a double stint, and for the Nürburgring we will both have to do two double stints but we know we can do it.  We hope that at least we can go back to the same level as we were at Silverstone, and will come with a similar aero package to what we used there and not the one we used at Le Mans.  It’s a different approach but each of the [LMP1] manufacturers will come with a new aero package so it will be quite exciting for the fans to see these cars racing side by side, out-braking each other…a fun six hours for the spectators!”

Ford Chip Ganassi Team UK came away with mixed results from Le Mans – the driver line up from the No.66 Ford GT is now leading the GT Drivers’ points classification, but Marino Franchitti and his team mates in the No.67 had technical difficulties which saw them drop out of contention from very early on.  This is a situation the Scottish driver hopes to remedy at the 6 Hours of Nürburgring:  “Ford’s success at Le Mans has given us massive motivation for the rest of the WEC season, and especially at the Nürburgring.  It’s a big race for us anyway because Ford’s European base is here in Cologne and with so many thousands of employees around the world every race feels like a home race.

“The result at Le Mans is what we were aiming for, but Andy Priaulx, Harry Tincknell and I have got a little bit of ground to make up after a disappointing Le Mans.  It’s all still to play for, with so much racing still to go.  We weren’t at the Nürburgring last year but I’ve been watching what happened online and it’s incredible so I can’t wait to get stuck in.  I know the track pretty well but it’s a long time since I’ve been on the Grand Prix track but it’s a track where I’ve had good results, have gone well and I enjoy it so I can’t wait.”