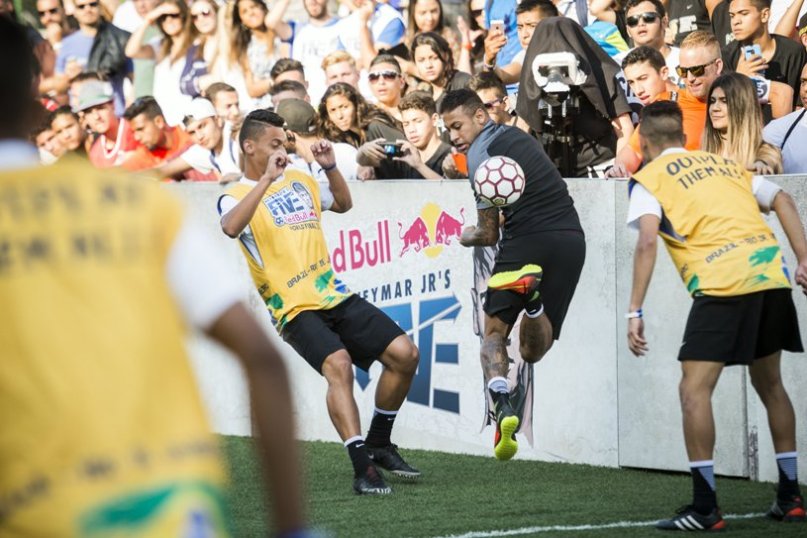 The two-day event saw 47 teams from 44 countries competing for top honours and in the finals, Brazil (Rio de Janeiro) triumphed against the Netherlands and was crowned as the champion of the tournament. It took place at the InstitutoProjetoNeymar in Praia Grande, the superstar’s hometown.

“This is really about street football,” NeymarJr said. “It’s where Brazilian football was born, and where I come from. It’s the kind of match in which the ball never goes out so it never stops, and there are almost no rules. It’s a kind of cool to play and I was able to play a little (today) as well.”

Malaysia was represented by TOT United Futsal Club after emerging as champions during the national qualifier. They were among the 64 teams that were vying to book their tickets to Brazil  for the World Finals.

“The tournament was a great challenge for us as we were drawn in the same group as the eventual champion Brazil (Rio de Janeiro) as well as Brazil (Salvador), Belgium and Angola. These teams are more experienced but we did pull a 3 – 0 against Belgium, the only team that managed to beat the champions. That is definitely one of the best moments for us at the tournament,” said Hazizi.

The team sacrificed their Aidilfitri celebrations with friends and family in order to compete. Hazizi added, “We were not sad about missing the celebrations back home as this is an opportunity to represent Malaysia that we could not miss. Plus, meeting NeymarJr is a once in a lifetime moment!”

This year a total of 10,000 teams with 65,000 players from six continents took part in the Neymar Jr.’s Five globally. The 2017 edition will definitely be an event to look forward to. So keep a lookout for the announcement for the tournament next year.