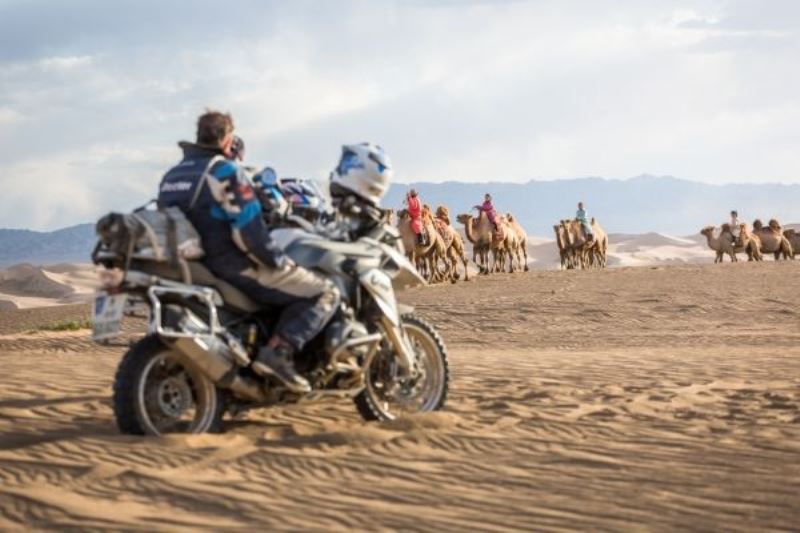 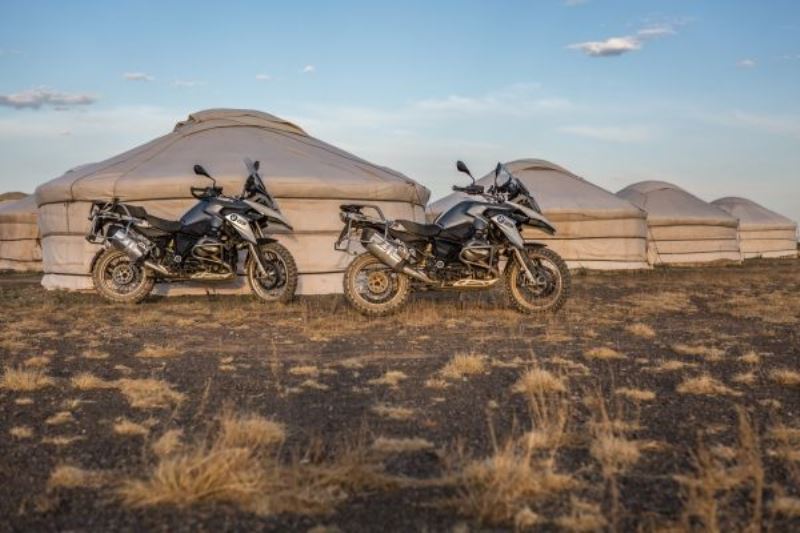 The GS Trophy is heading to Mongolia in June 2018 for what will be its biggest challenge yet. With three new teams joining the competition (Australia, India and a second International Female Team) and now with eight days of competition, to allow for the huge distances, the sixth BMW Motorrad International GS Trophy, the Central Asia 2018 edition, is set to break all records.

Encountering… everything!
Each of the previous GS Trophies has found its own theme as the competition has hopped from continent to continent. Some have been about mountains or vast volcanic plateaux, others about desert, and the last (in 2016) took the GS riders into the steamy South East Asian rain forests. For 2018, Mongolia will offer much more in just the one experience as the riders will venture from mountains to the desert via the vast Mongolian Steppe (high-altitude grasslands). The scale, for this edition, is truly epic. Unquestionably this is the kind of experience that adventure riders dream about.

About Mongolia.
Mongolia is both vast (at 1.5 million square kilometres it’s about three times the size of Germany) and sparsely populated – with a population of just 3 million you’d have to travel to Antarctica to find a lesser populated region!

The country is of course best known for having been the seat of power for the Mongolian Empire when in the 13th century Genghis Khan created the biggest contiguous empire ever known to history. Today, some 30% are still said to be following the centuries-old nomadic horse culture, crossing the steppe each season to graze their livestock, principally yaks and camels.

Where is Mongolia? From Ulaanbaatar, Mongolia’s capital, to Munich (home of BMW Motorrad) is about 8250km by road and track, a journey that typically takes around three weeks. It’s still13 hours by plane. It shares its southern border with China while Russia (essentially Siberia) lies to the north. The plateau sits at an altitude of around 1000-1500m above sea level and this will keep the temperatures cooler, the participants should expect anything between frost-nipped 0ºC nights through to about 25ºC during the day. Conditions can nonetheless get pretty extreme – high winds and dust storms are not uncommon. And while Mongolia is a surprisingly sunny country (averaging around 250 sunny days a year) summer is the rainy season!

All this means the GS riders will need to be ready to deal with a whole range of terrain types as they’ll travel across mountains, through canyons, across the steppe and into desert. So that’s rock, gravel, grasses, probably mud and finally sand, with all kinds of elevations and gradients to contend with.

About the GS Trophy.
The GS Trophy is a celebration of the spirit of the BMW GS motorcycle, bringing together those elements of leisure, adventure and challenge that this bike engenders. The Central Asia 2018 event is the sixth edition of the GS Trophy, the previous editions took place in South East Asia (Thailand) in 2016, North America (Canada) in 2014, South America (Chile, Argentina) in 2012, South Africa (SA, Swaziland, Mozambique) in 2010 and North Africa) (Tunisia) in 2008. This edition will see 18 teams competing, comprising 54 riders.

The event is not a race but a team competition, pitching the GS-riding international contingent against each other in a series of challenges – and not all involve riding. With the competitors camped nightly in a bivouac, the event also fosters a sense of brotherhood, sisterhood – and camaraderie. The successful team will be respectful of their environment, sympathetic to their machinery and understanding of team-mates.

The event begins on June 1, 2018 when the competitors will arrive at the event HQ in Ulaanbataar for a programme of rider briefings, bike allocations and media meetings.
The competition itself will start on June 3 and ends on June 10.

Follow the event.
BMW Motorrad will provide a multi-channel media experience during the event, details of which will be released closer to the time. For now you can find out more about the event and the teams at the dedicated website: www.gstrophy.com .

You will find press material on BMW motorcycles and BMW Motorrad rider equipment in the BMW Group PressClub at www.press.bmwgroup.com