Home 2022 World Athletics and CIFP to recognise moment of fair play at World... 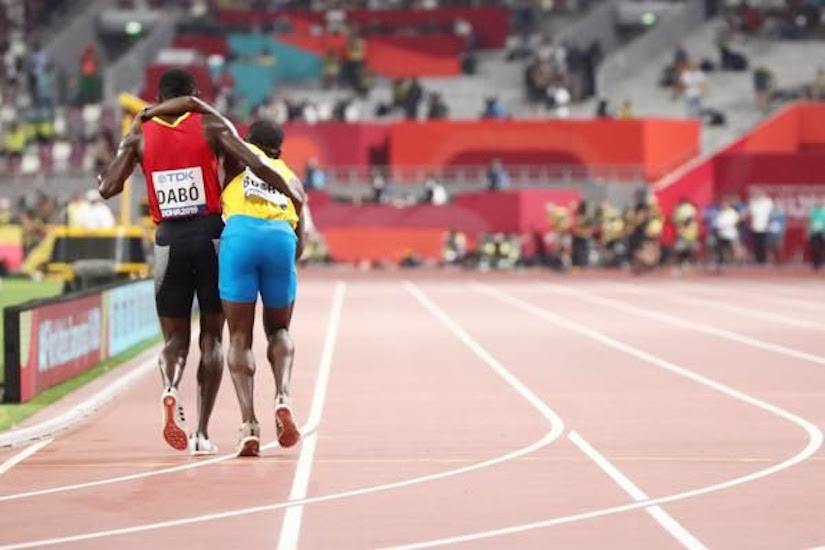 The International Fair Play Committee (CIFP), in partnership with World Athletics, will look for moments that epitomise fair play during the World Athletics Championships Oregon22 with a view to recognising one standout athlete or moment.

At this year’s World Championships, a jury comprising members of the CIFP and World Athletics will create a shortlist of five fair play moments from the championships. During the week following the championships, fans will be able to cast their votes through the World Athletics social media channels for the shortlisted moment that they feel best exemplifies fair play. These votes will be combined with the votes from the jury to determine three finalists for the Fair Play Award. The winner will be revealed at the World Athletics Awards later in the year.

The CIFP was established more than 50 years ago to promote the principles of fair play in sport: fair competition, respect, friendship, team spirit, equality and sport without doping. It honours those who respect the written and unwritten rules of sport, which include integrity, solidarity, tolerance, care, excellence and joy, and who set an example for others, on and off the field.

Since Willye White was first honoured with an International Fair Play Trophy in 1965, many other track and field athletes have been recognised for instances of fair play. At the World Championships alone, nine awards have been handed out since 2003.

Braima Dabo of Guinea Bissau was the latest recipient of the award at a World Championships. In the heats of the 5000m in Doha in 2019, fellow competitor Jonathan Busby of Aruba was struggling in the closing stages, but Dabo sacrificed his own race to support and help Busby across the finish line.

“After winning the fair play award in 2019, I had lots of unexpected attention that I wasn’t expecting. My biggest surprise came from the President of the Republic of Portugal, who awarded me the Medal of Merit. I also received a scholarship from the Polytechnic Institute of Bragança which allowed me to continue my studies and I am now finishing my master’s degree.

“The Fair Play Award is a great memory that I will cherish forever, but life continues and now I’m looking forward to the greatest of joys with the birth of my first child.”

CIFP President Jenő Kamuti anticipates there may be similar moments at this year’s World Championships.

“Our cooperation with World Athletics goes back many years,” says Kamuti. “The spirit of Fair Play is always present at the ‘Queen of Sport’ competitions. We are confident that there will be exemplary acts of Fair Play in Oregon, showing the world the true meaning of sport. We ask everyone involved – from athletes to officials or spectators – to let us know if you see or experience any deserving cases.”

World Athletics President Sebastian Coe said: “I am absolutely delighted that the International Fair Play Committee, in collaboration with World Athletics, will once again honour a fair play moment at the World Athletics Championships Oregon22. Athletics is proud that several of our elite athletes have been past recipients of this award – most recently at the 2019 World Championships. This latest initiative demonstrates our profound commitment towards one of the core values of our sport: competing in the spirit of fair play.”